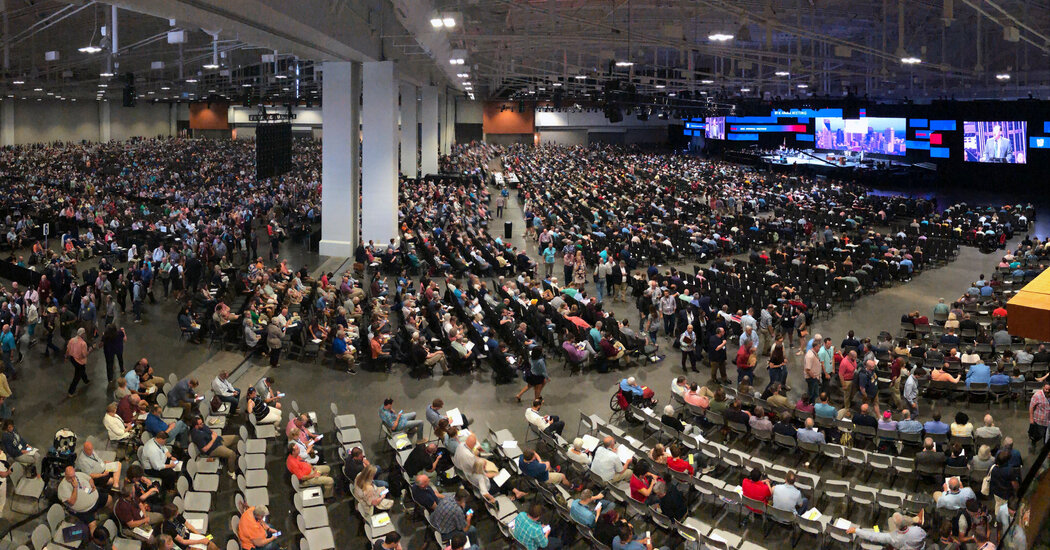 Leaders in the Southern Baptist Convention announced Tuesday that they were preparing to release a secretly maintained list of hundreds of ministers and church workers they say are credibly accused of sexual abuse.

The existence of the list was revealed Sunday in a bombshell report on the denomination’s handling of sexual abuse over the past two decades. The report, produced by a third-party investigator and totaling almost 300 pages, alleges that the denomination’s top leaders had suppressed reports of sexual abuse, opposed proposals for reform, and denigrated and discouraged abuse victims who approached them for help.

One of the report’s most shocking revelations was the existence of an internal list of 703 people suspected of abuse, compiled by an employee of the denomination’s executive committee, its national leadership body.

According to the report, an executive committee staff member compiled and maintained the list over the course of a decade and shared it with D. August Boto, the committee’s former vice president and general counsel. Mr. Boto and the staff member both retired in 2019. Mr. Boto could not be reached immediately for comment.

shock waves through all levels of Southern Baptist society. The committee anticipates the list will be made public on Thursday, according to a statement from the interim president and chief executive, Willie McLaurin.

“Promptly releasing that list is in our best interest, it’s important, it is of immediate concern to the public and to the survivor community, and we need to do it right away,” Gene Besen, the executive committee’s interim counsel, told committee members in a sometimes tense meeting on Tuesday. He said he was moving to release the list “as quickly as we can.”

Mr. Besen said in an interview that his team was in the process of redacting the names of survivors and sources, where appropriate, and redacting any claims that cannot be substantiated through news reports and other sources. “We’re going to err on the side of making the list public as quickly as we can,” he said, adding that researchers may go back and un-redact other names if claims against them prove substantiated later.

an investigation by The Houston Chronicle and The San Antonio Express-News revealed that nearly 400 Southern Baptist leaders, from youth pastors to top ministers, had pleaded guilty or been convicted of sex crimes against more than 700 victims since 1998.

Christa Brown, who has pushed for changes in how the denomination handles abuse cases, maintained her own public list of some 170 “credibly accused” Southern Baptist ministers. She watched the executive committee meeting online on Tuesday and said she was gratified by the announcement.

But she said she was “dumbfounded” by how long it took.

“All these years when I was doing advocacy work, constantly pleading with them to create a database of credibly accused clergy sex abusers, and over and over, endlessly and constantly the response was, ‘We can’t do it,’” she said. “Lo and behold, they’re keeping a list and simply keeping it secret.”

Ms. Brown says she was sexually abused when she was 16 by a youth minister at her Southern Baptist church. She repeatedly attempted to alert denominational leadership to her abuse but was ignored and rebuffed in correspondence included in the report released this week. Ms. Brown’s alleged abuser, meanwhile, moved on to another church in the denomination.

Committee members also voted overwhelmingly Tuesday to issue a statement denouncing a letter Mr. Boto sent to Ms. Brown and other advocates in 2006, in which he said that “continued discourse” would “not be positive or fruitful.”

In its statement today, the committee said that it “rejects this sentiment in its entirety,” and that it views engaging with survivors “as a critical step toward healing our Convention from the scourge of sexual abuse and working to avoid its continued impact on our loved ones, their families, and our network of churches.”

The lawsuits argue that state constitutions offer more protection for abortion than the federal constitution, either by quirk of state tradition or … END_OF_DOCUMENT_TOKEN_TO_BE_REPLACED

An affordable center-chimney Colonial in Glastonbury, CT, is the oldest property to hit the market this week on Realtor.com®.Offered at a steep … END_OF_DOCUMENT_TOKEN_TO_BE_REPLACED