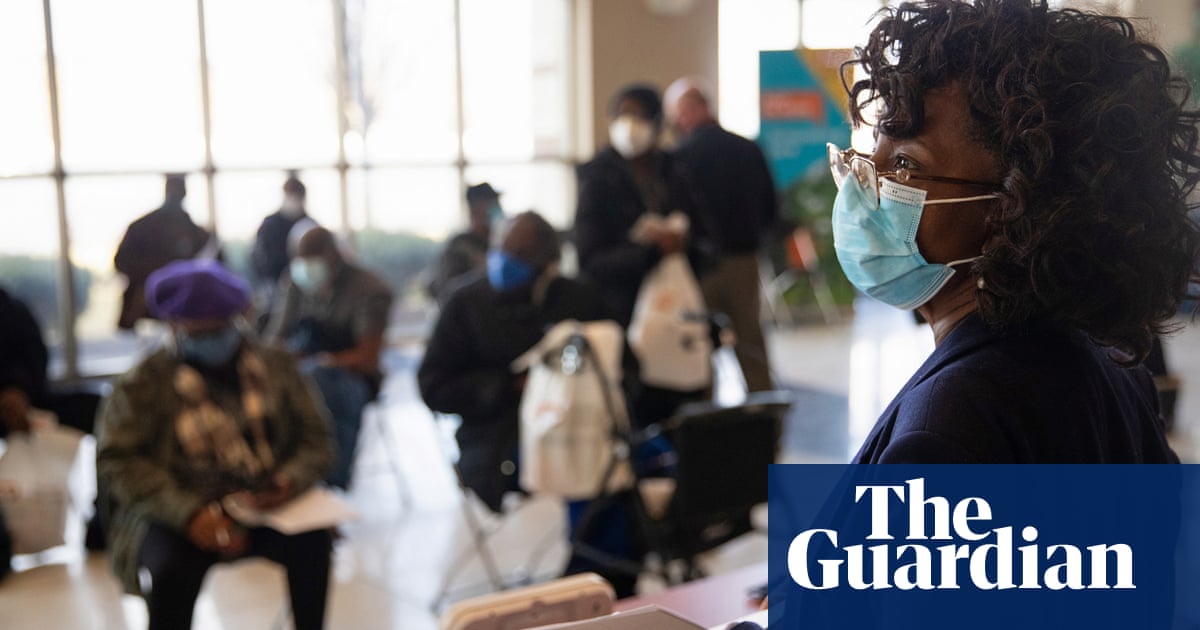 The US is turning a corner on Covid, with 2m vaccination shots administered each day since early March. But some states are facing worrying rises of both regular cases and cases of virus variants.

Michigan has emerged as a particular concern, reporting an average of 28 Covid cases per 100,000 people each day – the fourth-fastest growth rate behind New Jersey, New York and Rhode Island and a 92% rise in new cases in the last two weeks.

The state also ranks second for Covid variants, behind Florida. The variant first identified in Britain, B117, the quickest transmissible known variant, is present in 31 of 83 Michigan counties, with densely populated cities and prisons hardest hit. Michigan has also seen its first known case of the variant first identified in South Africa, B1351.

“It’s definitely concerning,” Emily Martin, an epidemiologist at the University of Michigan, told NPR. “There’s this feeling that it’s time to drive toward normal, but we don’t have the level of protection in the population that we need to really be doing that fully yet.”

The first known case of the UK variant in Michigan state prisons was detected on 8 February in Bellamy Creek correctional facility, outside Grand Rapids, in a staff member. By 26 February, 276 people at Bellamy, most of them prisoners, had tested positive for the variant. Recent figures showed correctional facilities accounting for 420 cases, or 58% of instances, of the UK variant in Michigan.

While corrections staff are prioritized for vaccinations in the state’s distribution plan, prisoners are not unless determined high-risk because of age or health. Criminal justice advocacy groups including the Michigan chapter of the American Civil Liberties Union have called on Governor Gretchen Whitmer and the state health department to vaccinate prisoners sooner.

Just over 27% of Michigan’s population of nearly 10 million has received at least one shot. Vaccines made by Pfizer and Moderna require two shots to be fully effective; the Johnson & Johnson shot only requires one. The vaccines appear to be effective against variants.

On 2 March, Whitmer announced relaxed restrictions on indoor gatherings in Michigan. Nursing homes will allow family visitation after testing. Restaurants and bars are able to double capacity to 50% and stay open an extra hour, until 11pm.

Whitmer said her order would “still give us the ability to protect public health as we carefully track variants and continue leading with science and data. It will also enable people to go back to work.

“All of these re-engagements will enable Michiganders to enjoy more of life’s simplest pleasures that have been disrupted over the past year: going out for a meal with your family. A date night to go see the new cheesy rom-com. A coffee with your grandma. These are the things that make our lives full. We’re getting there, Michigan. This is good news.”

However, in a heated exchange with the Republican senator Rand Paul on mask-wearing earlier this week, the leading federal health expert, Dr Anthony Fauci, highlighted the importance of understanding the threat of virus variants, even if vaccinated.

“If there’s a circulating variant, you don’t necessarily have [immunity],” he said. “You have some spillover to be sure, but you diminish anywhere from two to eightfold the protection. There are variants now circulating. We’re not dealing with a static situation of the same virus.”

The poshest place in California's Coachella Valley is The Madison Club. This exclusive gated community in La Quinta is where A-listers and tycoons … END_OF_DOCUMENT_TOKEN_TO_BE_REPLACED

KOROPY, Ukraine — Four men tugged at long strips of fabric to lift a coffin out of the gaping hole in the backyard of a small house. They flung the … END_OF_DOCUMENT_TOKEN_TO_BE_REPLACED