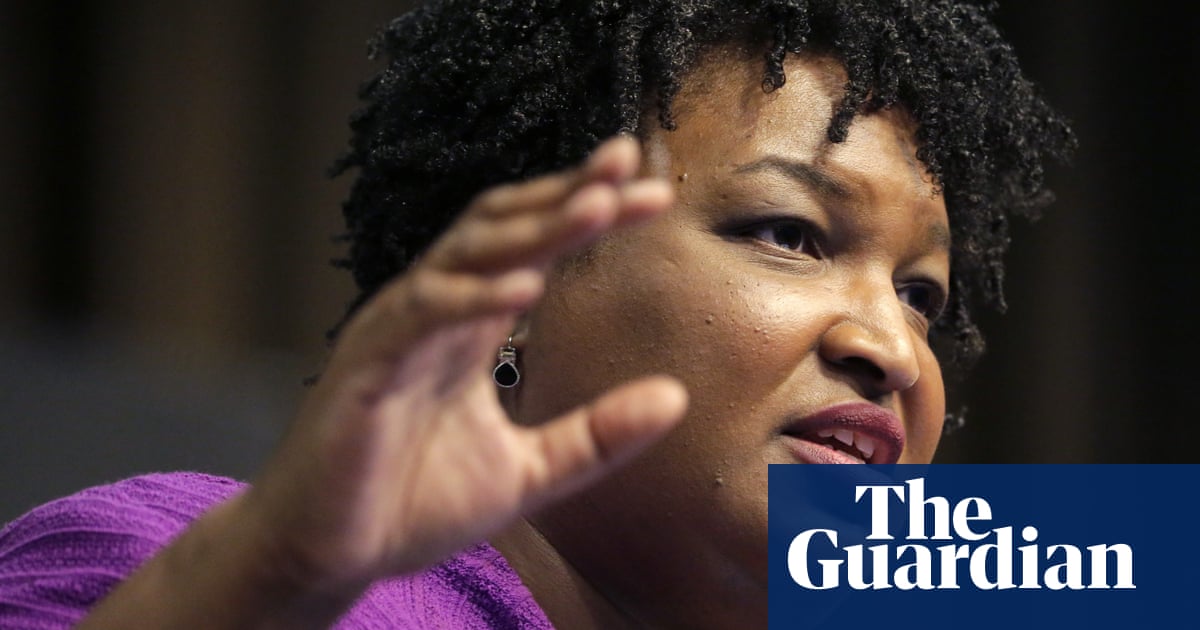 Stacey Abrams has described Republican efforts to restrict voting rights in Georgia as “racist” and “a redux of Jim Crow in a suit and tie”.

Abrams, who helped Democrats win two key US Senate runoff elections in her home state in January that gave the party a narrow control of the chamber, is a leading critic of voter suppression efforts by Republicans.

The bill in Georgia, SB241, includes various measures including ending the right to vote by mail without having to provide an excuse, and other new identification requirements. Republicans have held up what they say is a risk of voter fraud as justification for the legislation despite the lack of evidence of wrongdoing.

Speaking on CNN’s State of the Union on Sunday, Abrams said the moves by lawmakers in Georgia would significantly curtail voting access after a record number of voters propelled Democratic victories in the 2020 race.

“Well, first of all, I do absolutely agree that it’s racist. It is a redux of Jim Crow in a suit and tie. We know that the only thing that precipitated these changes, it’s not that there was the question of security.

“In fact, the secretary of state and the governor went to great pains to assure America that Georgia’s elections were secure. And so the only connection that we can find is that more people of color voted, and it changed the outcome of elections in a direction that Republicans do not like.

“And so, instead of celebrating better access and more participation, their response is to try to eliminate access to voting for primarily communities of color. And there’s a direct correlation between the usage of drop boxes, the usage of in-person early voting, especially on Sundays, and the use of vote by mail and a direct increase in the number of people of color voting.”

Abrams, a former senior state legislator and unsuccessful gubernatorial candidate in Georgia, also called on Sunday for the US Senate to exempt election reform legislation passed by the House of Representatives over Republican opposition from a procedural hurdle called the filibuster.

“Protection of democracy is so fundamental that it should be exempt from the filibuster rules,” Abrams told CNN.

There is a debate among Democrats, who narrowly control the Senate thanks to those two Georgia victories, on whether to modify or even eliminate the filibuster, a longstanding fixture that means most legislation cannot advance without 60 votes in the 100-seat Senate rather than a simple majority.

The filibuster already has been scaled back and does not apply to judicial or cabinet appointments and some budgetary measures, Abrams noted, so it should be suspended for the voting rights legislation. Abrams, a former minority leader in the Georgia house of representatives, has emerged as a leading Democratic voice on voting rights.

Joe Biden has said he would sign the election legislation into law if it is passed by Congress, but also has indicated opposition to completely eliminating the filibuster.

The House-passed bill faces long odds in the Senate under current rules, where all 48 Democrats and the two independents who caucus with them would need to be joined by 10 of the 50 Republican senators to overcome a filibuster.

Democrats have argued that the legislation is necessary to lower barriers to voting and to make the US political system more democratic and responsive to the needs of voters.

Republicans have said it would take powers away from the states, and have promised to fight it if it becomes law.

The poshest place in California's Coachella Valley is The Madison Club. This exclusive gated community in La Quinta is where A-listers and tycoons … END_OF_DOCUMENT_TOKEN_TO_BE_REPLACED

KOROPY, Ukraine — Four men tugged at long strips of fabric to lift a coffin out of the gaping hole in the backyard of a small house. They flung the … END_OF_DOCUMENT_TOKEN_TO_BE_REPLACED