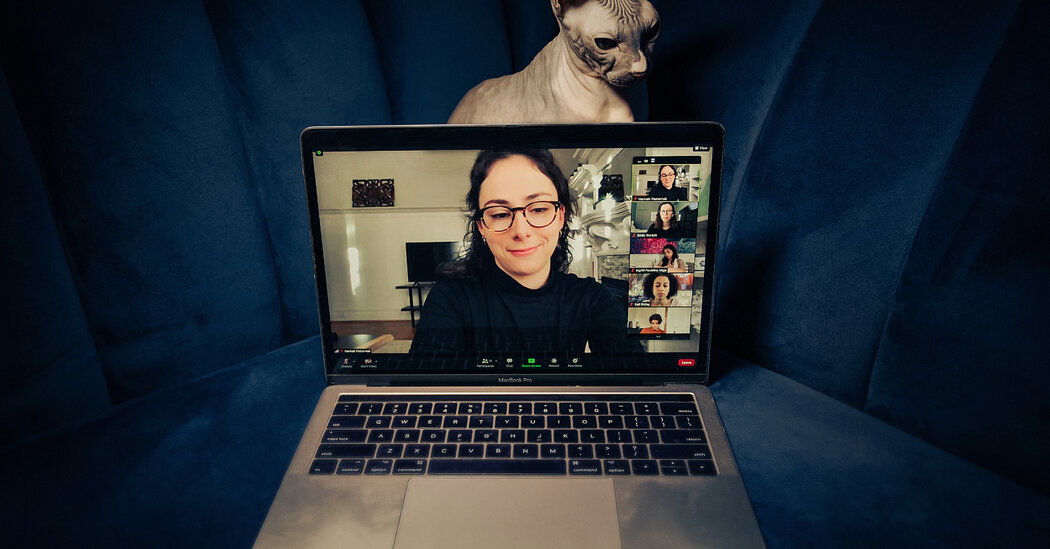 Groups offering silent writing time are common, and sometimes tied to institutions. London Writers’ Salon and Gotham Writers Workshop charge $100 to more than $400 for some of their classes, but they also run free hourlong writing sessions. But over the last year, many people have also joined or formed writing critique groups, where writers bring their own fiction, nonfiction or poetry to read, and the group discusses what does or doesn’t work about the pieces. For groups that aren’t run by organizations, most members learn about them by word of mouth.

Mira Dayal, 25, an artist and curator in Brooklyn, had wanted to work on writing fiction for years, but gallery openings and other arts events consumed her evenings.

That came to an abrupt stop last spring, and by September she had joined a critique group with six other writers, after hearing about it from a friend of a friend. Dayal, who is Indian-American, is also in a group for writers who are Black, Indigenous and people of color, where members bring readings to discuss and then do writing exercises and responses.

The regular meetings weren’t something she could previously fit in her life, she said. “Now, I have a less regular schedule, and I’m not going anywhere, and I don’t have that half-hour of subway traffic, so I just feel like it’s a smaller commitment.”

Dayal also finds the remove of technology helpful when she feels vulnerable about sharing her work.

“The screen is a way of creating some kind of distance between people,” she said. “Everyone is more focused on the document on the screen than the bodies in the room, so it makes it easier to feel like you have a sense of distance from the person, or you can focus on the writing or not thinking as much about a social space.”

For Maureen Sullivan, 55, an adjunct English professor in Vancouver, Wash., a long commute had discouraged her from joining a writing group.

An affordable center-chimney Colonial in Glastonbury, CT, is the oldest property to hit the market this week on Realtor.com®.Offered at a steep … END_OF_DOCUMENT_TOKEN_TO_BE_REPLACED

Nissan was one of the early pioneers of the electric car. The Leaf has now sold over 600,000 units worldwide since its launch in 2011 and is still … END_OF_DOCUMENT_TOKEN_TO_BE_REPLACED

RUDNE, Ukraine — Yurii Brukhal, an electrician by trade, didn’t have a very dangerous role when he volunteered for Ukraine’s territorial defense … END_OF_DOCUMENT_TOKEN_TO_BE_REPLACED