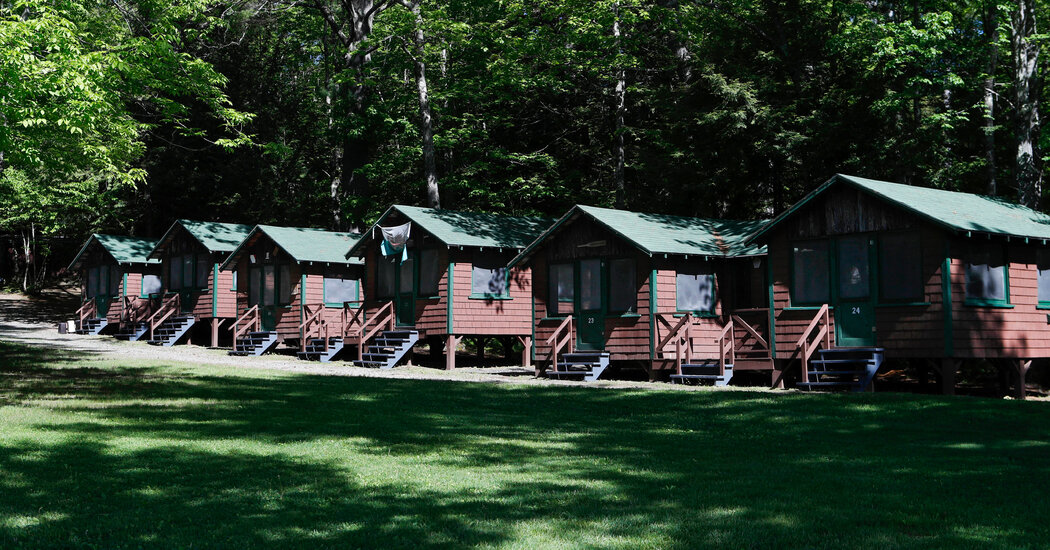 A look ahead at camp

After a year of isolation, many children are looking forward to summer camp with more than the usual excitement. Whether they have been stuck at home, blocked from recess or kept distant from friends, camp will offer a chance to escape their parents’ and teachers’ closer-than-usual supervision and connect with their peers.

At a recent barbecue for new campers at Camp Kinder Ring, a Jewish overnight camp in Dutchess County, New York, one 10-year-old couldn’t wait to interact with other kids without being surrounded by a clear plastic barrier, said Marc Rauch, the camp’s director.

But of course, the pandemic is not over, and many campers will still be unvaccinated, so camp won’t look the way it did in 2019. (Many camps, including most overnight camps, didn’t operate last year.) So what protocols will be in place this summer?

Some states have not yet released regulations for camps. The C.D.C. issued guidance last month, but some experts criticized it as overly draconian. Now, in the wake of the agency’s advice last week that vaccinated people don’t have to wear masks, the agency has said it will update its camp recommendations “very soon.”

no longer be required to wear masks when outdoors at schools or camps.

Some are optimistic that other states might follow suit. “We’re hopeful that outdoor masking is not going to be a big part of the summer,” Benerofe said.

a matter of urgent debate, with some saying that in-person classes are clearly better, and that continuing to offer a remote option sends parents the message that schools aren’t safe.

But others argue that some parents and children are happier in remote learning and they should be accommodated.

On Monday, New Jersey’s governor, Philip Murphy, said families in his state would no longer have the option of sending their children to school virtually next year, in one of the bolder efforts to push families and districts to get children back in school.

want to eliminate, or at least substantially curtail, remote options. But school districts and some parents, particularly of Black students, are pushing back.

Whether schools will (or can) require masks in the fall is also up for debate. Several states have already allowed schools to relax mask requirements in the final weeks of this academic year, against C.D.C. guidance. Many more may follow.

On Monday, Gov. Andy Beshear of Kentucky, a Democrat, said he did not expect that the state would require masks in schools for the next academic year. The Republican governors of Mississippi and Utah have said the same. And the superintendent of Miami-Dade County Public Schools, the country’s fourth-largest school district, has said that masks will likely be optional next year.

Gov. Greg Abbott of Texas has gone even further, issuing an executive order on Tuesday that prevents most government entities, including school districts and public universities, from requiring masks, starting on Friday.

responded: If you can trust them to stay outdoors, “there’s strong evidence that her risk of infection is very low.” That applies to parents everywhere: Outdoors is A-OK.

On a separate note, the pandemic has made it hard to assess whether a teenager is thriving. Here are a few suggestions to check if your kid is doing OK right now.

Sign up here to get the briefing by email.

AUSTIN, Texas--(BUSINESS WIRE)--As the first multifamily management company to be recognized in the Public Relations and Marketing Excellence Awards, … END_OF_DOCUMENT_TOKEN_TO_BE_REPLACED

There have been whispers of cooling housing and rental prices in the San Francisco Bay Area, but that hasn't yet translated into practical, noticeable … END_OF_DOCUMENT_TOKEN_TO_BE_REPLACED

Cars pass in Independence Square at twilight in Kyiv, Ukraine, Monday, Oct. 31, 2022. Rolling ... [+] blackouts are increasing across Ukraine as the … END_OF_DOCUMENT_TOKEN_TO_BE_REPLACED