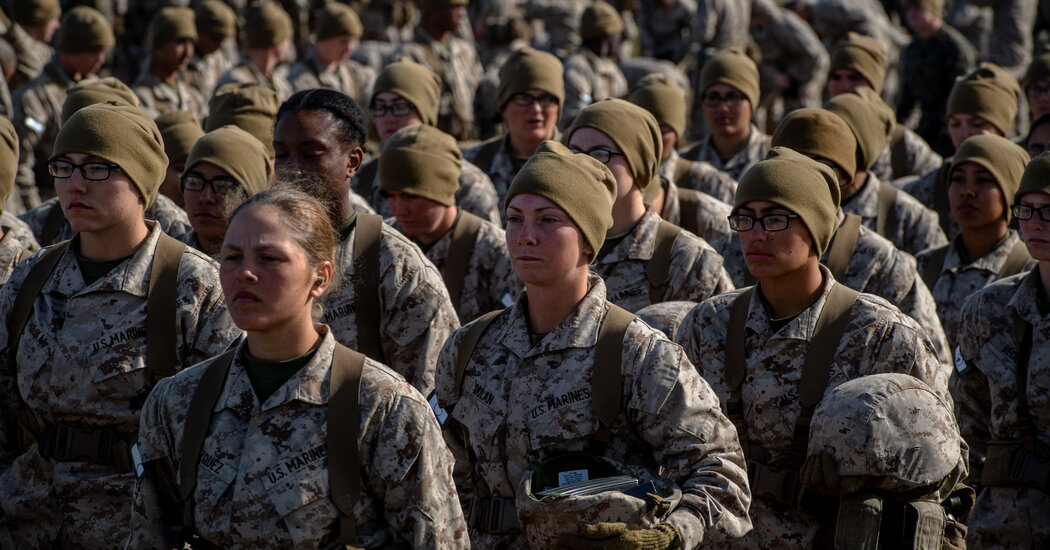 Lower courts had agreed with that assessment.

In 2019, Judge Gray H. Miller, of the Federal District Court in Houston, ruled that since women can now serve in combat, the men-only registration requirement was no longer justified. A unanimous three-judge panel of the United States Court of Appeals for the Fifth Circuit, in New Orleans, agreed that “the factual underpinning of the controlling Supreme Court decision has changed.” But it said that only the Supreme Court could overrule its own precedent.

The Trump administration defended the differing registration requirements in the appeals court. The Biden administration urged the Supreme Court not to hear the case, National Coalition for Men v. Selective Service System, No. 20-928, but it did not defend the constitutionality of the law. Instead, it asked the justices to give Congress more time to consider the matter.

Last year, a congressional commission concluded that expanding the registration requirement to women was “a necessary — and overdue — step” that “signals that both men and women are valued for their contributions in defending the nation.” That echoed recommendations from military leaders. But Congress, which has long been studying the question, has yet to act.

Men who fail to register can face harsh punishments, including criminal prosecution, denial of student loans and disqualification from citizenship. Eight states do not let men enroll in public universities unless they have registered.

The government has not drafted anyone since the Vietnam War, and there is no reason to think that will change. The challengers said that was a reason for the court to act now, before a crisis arises.

A group of retired military officers, along with the Center for Military Readiness, urged the court to deny review, saying the 1981 precedent was sound.

J.T. Brown #23 of the Tampa Bay Lightning skates into goalie Henrik Lundqvist #30 of the New York Rangers during the second period in Game Six of the … END_OF_DOCUMENT_TOKEN_TO_BE_REPLACED

The Mississippi River town of Ste. Genevieve, MO, might be the ideal spot for a buyer in search of a refreshing idea.This mixed-use structure on the … END_OF_DOCUMENT_TOKEN_TO_BE_REPLACED