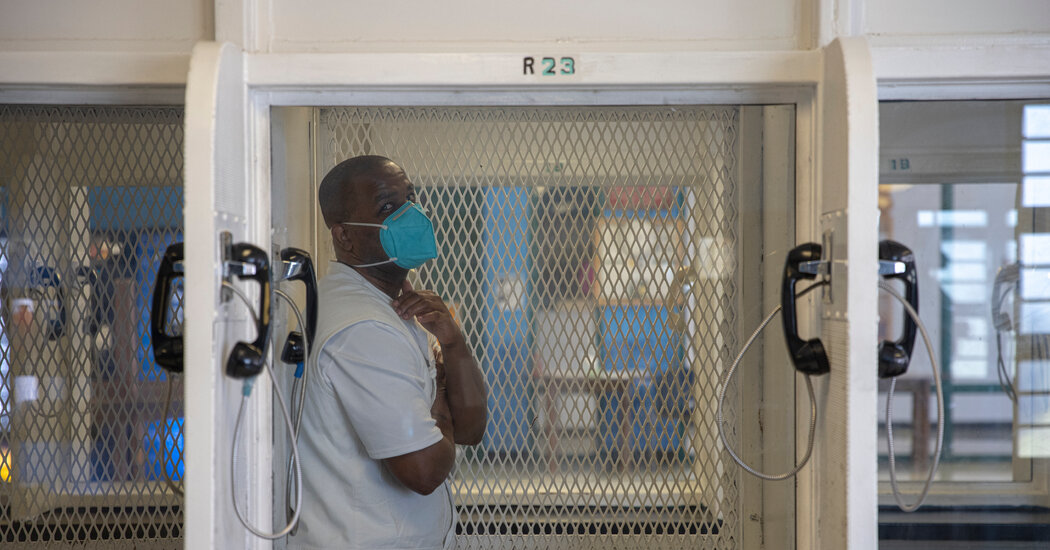 SAN ANTONIO — A Texas man convicted of killing an older relative 22 years ago was put to death on Wednesday evening in Huntsville, Texas, as a spiritual adviser assigned to him and a witness from the public looked on.

Absent were two journalists who had been scheduled to attend the execution but whom prison officials said they had accidentally failed to summon.

The reporters, from The Associated Press and The Huntsville Item, a local outlet, were waiting at an office across the street as the man, Quintin Jones, was executed by lethal injection. Mr. Jones, 41, whose case had garnered national attention as his family pleaded for clemency, was the 571st person to be executed in Texas and the first in the state in nearly a year. He was convicted of the 1999 murder of his great-aunt Berthena Bryant.

Supporters of Mr. Jones expressed grief that clemency efforts had failed. Critics of the death penalty and civil liberty groups also denounced the fact that media outlets had not been granted access. Reporters traditionally cover executions to provide accountability to the public about the process; they have sometimes brought details of problems to light, including a faulty lethal injection in Oklahoma in 2014.

was scheduled to attend the execution and said he was disappointed by the lack of media access. Mr. Brown said it was important for reporters to be present during executions for the public good. He said he had covered 17 executions in three years.

“It is vital that we are there, because they are not going to record nuances, like someone saying, ‘It’s burning,’ or taking deep breaths,” Mr. Brown said.

though he was never charged in those cases. In Texas, a person can be sentenced to death if the person is deemed a danger to others.

Relatives of Mr. Jones had hoped that his life would be spared. Mattie Long, the younger sister of Mr. Jones’s victim, had pleaded with the courts to let him live out the rest of his life in prison.

On Wednesday night, Mr. Jones was allowed to say his goodbyes minutes before his execution, according to records released by the state prison system shortly after.

“Love all my friends and all the friendships that I have made,” Mr. Jones said, according to those state prison records. “They are like the sky. It is all part of life, like a big full plate of food for the soul. I hope I left everyone a plate of food full of happy memories, happiness and no sadness.”

The poshest place in California's Coachella Valley is The Madison Club. This exclusive gated community in La Quinta is where A-listers and tycoons … END_OF_DOCUMENT_TOKEN_TO_BE_REPLACED

KOROPY, Ukraine — Four men tugged at long strips of fabric to lift a coffin out of the gaping hole in the backyard of a small house. They flung the … END_OF_DOCUMENT_TOKEN_TO_BE_REPLACED