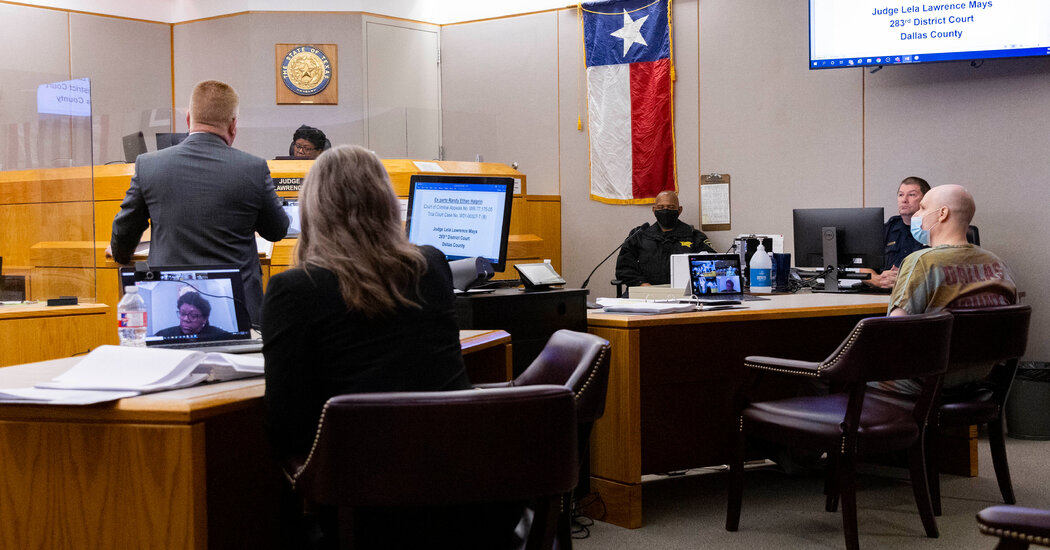 A Texas judge strongly recommended this week that a convicted murderer on death row be granted a new trial because of the blatant racism and antisemitism that she said the trial judge had displayed.

The recommendation, issued Monday by Judge Lela Mays of Dallas County Criminal District Court, paves the way for an appeals court to decide whether to order a new trial for the inmate, Randy Halprin, a member of the so-called Texas Seven who was convicted and sentenced to death in 2003 for his role in the killing of a police officer.

Mr. Halprin, 44, who is Jewish, received a stay of execution in 2019 after his lawyers found that Vickers Cunningham, the judge who oversaw Mr. Halprin’s murder trial, had consistently used racist language and antisemitic slurs when referring to Mr. Halprin.

Judge Mays said in her recommendation that at the time of Mr. Halprin’s trial, Mr. Cunningham had “possessed an actual bias against Halprin, because of Halprin’s religious faith.”

58-page document, of which more than 10 pages detailed Mr. Cunningham’s “extensive history of prejudice and bias.”

“Even if Judge Cunningham were not actually biased against Halprin because of the latter’s Jewish identity,” she wrote, “the judge’s statements about saving Dallas from Jews, his statements subscribing to anti-Semitism stereotypes and tropes, his use of anti-Semitic slurs when referring to Halprin” show that “religious and ethnic bigotry provided more than enough temptation for him not to hold the balance nice, clear, and true between the state and Halprin.”

Mr. Cunningham, who retired as a Dallas County Criminal District Court judge in 2005, did not respond to an email requesting comment on Wednesday night. He has previously denied using racist language and said his personal views did not affect his decisions in court.

Tivon Schardl, Mr. Halprin’s federal public defender, said that Judge Mays’s recommendation would now be considered by the Texas Court of Criminal Appeals. Mr. Schardl said that while a new trial for Mr. Halprin was not guaranteed, the recommendation from Judge Mays was a significant step that “relied on undisputed evidence.”

The Dallas County district attorney did not immediately respond to a request for comment on Wednesday night.

The Dallas Morning News in an interview that he had set up a living trust for his children with a clause that would reward them if they married a white person.

“I strongly support traditional family values,” Mr. Cunningham told the newspaper in 2018. “If you marry a person of the opposite sex that’s Caucasian, that’s Christian, they will get a distribution.”

Judge Mays’s recommendation also included a quote from Ms. Tackett, who worked on Mr. Cunningham’s 2006 campaign for Dallas County district attorney, in which she recalled his saying that “he wanted to run for office so that he could save Dallas from” from racial and religious minorities. In the quote, racial and ethnic slurs are used to refer to Black people, Latinos, Jewish people and Catholics.

Many property purchasers in Alaska possess the same vision: Either hunker down away from the madding crowds in a refined log cabin or operate a … END_OF_DOCUMENT_TOKEN_TO_BE_REPLACED