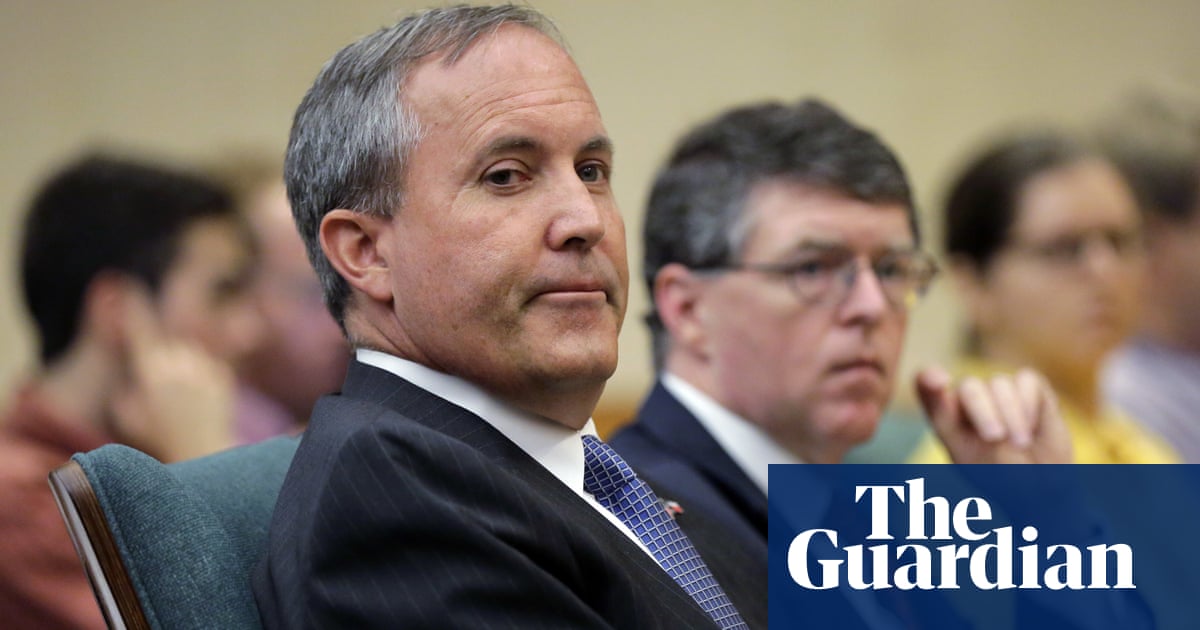 Texas has branded itself as an aggressive and litigious arm of the Republican party for years – a rightwing David up against the Democratic Goliath.

So, when Democrat Joe Biden took over the Oval Office in January, the state’s conservative leaders were already raring for a knock-down, drag-out brawl.

“I promise my fellow Texans and Americans that I will fight against the many unconstitutional and illegal actions that the new administration will take, challenge federal overreach that infringes on Texans’ rights, and serve as a major check against the administration’s lawlessness,” the state’s attorney general, Ken Paxton, tweeted on Biden’s inauguration day.

Far from a one-off burst of hostility, that incendiary case marked a return to Texas politicians’ tried and true playbook of weaponizing the courts to derail progressive policies, a tactic that’s proven surprisingly potent amid ideological warfare with the feds.

“They’ve been successful at, like, causing uncertainty,” said Katie Keith, associate research professor for the Center on Health Insurance Reforms at Georgetown University. “And making a mess of things that I think other folks feel are otherwise settled.”

The state’s leadership leaned heavily on the judiciary under Barack Obama’s administration, which they sued at least 48 times, the Texas Tribune reported, tackling issues as disparate and all-encompassing as immigration, environmental regulations and voting rights.

Then, in the aftermath of last year’s presidential election, Paxton went so far as to challenge 20m votes in Georgia, Michigan, Pennsylvania and Wisconsin in a far-fetched attempt to overturn Donald Trump’s defeat. And right now, Texas is spearheading yet another existential threat to the Affordable Care Act in the supreme court, even as Biden urges the justices to preserve Obama’s signature healthcare law.

Because of the high stakes, these cases often capture national attention, and Texas’s ambitious current and former attorneys general have shown a willingness to trade resources and time for newspaper quotes and TV interviews. The court battles give key players such as Paxton a platform “to demonstrate that they are fighters and they’re looking out for their voters”, said Keith E Whittington, a professor of politics at Princeton University.

“These kinds of lawsuits have become very high-profile events” and allow those involved to “grandstand and send a political message to constituents about all the hard work you’re doing to oppose the administration that they don’t like”, Whittington said.

Texas’s judicial activism is part of a larger partisan gambit that’s been going on for years. Politicians undo or delay federal policies they find unfavorable or overreaching, while strategically framing the narrative in the press.

“They are good opportunities to really try to influence the messaging about how particular policies or particular laws are understood, and what the potential problems with them are,” Whittington said.

Both Republicans and Democrats play the game: when Trump occupied the Oval Office, blue strongholds such as California raced to the courts as a first line of defense from federal decisions that jeopardized their more liberal agendas. Now that Biden is the commander-in-chief, Republicans are naturally starting to do the same, with Texas apparently leading the charge.

“If the goal is to win, then certainly that affects the kind of cases you bring forward, what kinds of legal arguments you can make, how carefully you have to prepare for them,” Whittington said.

“If the goal instead is to get media attention and score political points – and excite voters and donors – you don’t necessarily need to win. You just need to be able to highlight the issue and get public attention. And sometimes you can get that with pretty bad legal arguments.”

Texas has garnered a reputation for its casual relationship to sound legal judgment, with cases ranging from potentially successful to downright bogus. When, for example, Paxton tried to overturn the 2020 election results in the supreme court, a legion of lawyers and former elected officials banded together to decry his “unprecedented argument” that made “a mockery of federalism and separation of powers”.

“The case … was clearly without merit, and it is difficult to understand why anybody in the attorney general’s office would have thought otherwise,” said Lisa Marshall Manheim, an associate professor at the University of Washington School of Law.

Nicholas Bagley, a University of Michigan law professor, similarly derided the state’s challenge to the ACA, calling it “galactically stupid” in an interview with the Texas Tribune.

But instead of giving Texas and others a slap on the wrist, federal courts have almost encouraged them by issuing nationwide injunctions that hamstring entire policies as long as cases stay tied up. That stalling strategy can sometimes hand state governments a de facto victory, even if they eventually lose.

“There’s a world in which all these specious arguments, everything else, could really be discouraged by the courts,” Keith said. That’s definitely not happening in Texas, where she described the bench as “extraordinarily conservative and ideological”, allowing “these lawsuits to go further than most of us think they should”.

It’s one thing to “forum shop”, seeking out courts that could be more amenable to your case. Paxton, however, can seemingly “judge shop”. Between 2015 and 2018, almost half of Texas’s suits against the federal government in district courts ended up in Judge Reed O’Connor’ courtroom, the Texas Tribune reported. A conservative favorite aligned with the Texas Republican senator John Cornyn, O’Connor has handed the state victory after victory – including striking down the ACA.

“The law is still standing, but it’s been bruised and battered, right?” Keith said. So “why wouldn’t they sort of use a similar playbook for other issues?”

Because of the implications nationwide, millions of Americans are watching these lawsuits play out – not to witness a bitter contest between two parties, but to anxiously await a referendum on their futures.

“They’re people’s real rights and real livelihoods and just real lived realities that are sort of hanging in the balance,” Keith said. “It’s sort of frustrating to watch these cycles go in and out, because you know that they do affect real people.”

You were seeing double this week: A spectacular $54 million compound featuring two equally luxurious mansions separated by a private lake in Southwest … END_OF_DOCUMENT_TOKEN_TO_BE_REPLACED