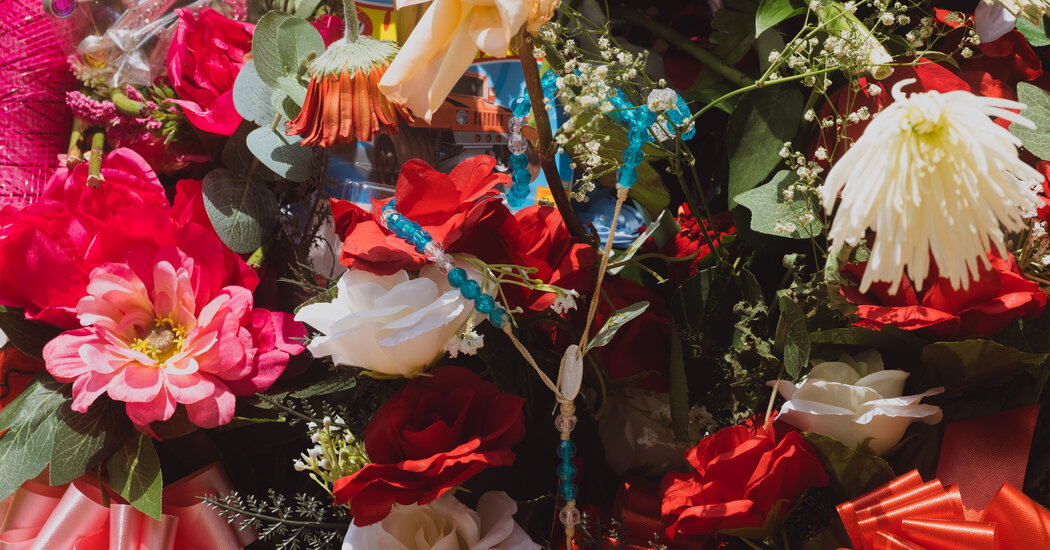 Two days after the massacre of children in Uvalde, Texas, and 12 days after the racist mass killing in Buffalo, Chenxing Han, a chaplain and teacher, told a Buddhist parable.

A man is shot with a poisoned arrow, Ms. Han recounted as she drove a group of high school seniors to visit a Thai temple in Massachusetts.

The arrow piercing his flesh, the man demands answers. What kind of arrow is it? Who shot the arrow? What kind of poison is it? What feathers are on the arrow, a peacock’s or a hawk’s?

But all these questions miss the point, the Buddha tells his disciple. What is important is pulling out that poison arrow, and tending to the wound.

slaughter of 19 elementary school children and two teachers in Uvalde, and when a gunman steeped in white supremacist ideology killed 10 people at a Buffalo supermarket. The United States is a nation that has learned to live with mass shooting after mass shooting.

More than one million people have died from Covid, a once unimaginable figure. The virus is now the third-leading cause of death, even with the availability of vaccines in one of the most medically advanced countries in the world. An increase in drug deaths, combined with Covid, has led overall life expectancy in America to decline to a degree not seen since World War II. Police killings of unarmed Black men continue long past vows for reform.

The mountain of calamities, and the paralysis over how to overcome it, points to a nation struggling over some fundamental questions: Has our tolerance as a country for such horror grown, dusting off after one event before moving on to the next? How much value do we place in a single human life?

an outlier in the level of gun violence it tolerates. The rate and severity of mass shootings is without parallel in the world outside conflict zones.

America has “a love affair with violence,” said Phillis Isabella Sheppard. She leads the James Lawson Institute for the Research and Study of Nonviolent Movements at Vanderbilt University, named for the Rev. James M. Lawson Jr., the civil rights leader who was expelled from the university in 1960 for his role in lunch counter sit-ins.

Violence is almost a normal part of life in the United States, she said, and valuing life takes consistently asking how am I committed to nonviolence today? It also means giving some things up, she said — many people think of themselves as nonviolent, but consume violence in entertainment.

“The question that should scare us is, what will it take to make us collectively bring about this change?” she said.

When Tracy K. Smith, the former poet laureate of the United States, first heard of the shootings in Buffalo and Uvalde, her immediate reaction was anger and rage against “these monstrous people.” It is easy to sink into that feeling, she said, and we are even encouraged to, to think that these are “wild outliers.”

“But when I slow down I realize there is something alive in our culture that has harmed those people,” she said. “Whatever that something is, it is harming all of us, we are all vulnerable to it, it wields some sort of influence upon us, no matter who we are.”

At Harvard University’s graduation on Thursday, she read a poem. It was a reflection on history, the violence that we live with, and what the age requires, she said. In her version of the poem she thought of her children, she said, but it was also a wish for her students. So many had dealt with so much in recent years, being sick, caring for family members.

On a landlocked street corner at the entrance to the South Street Seaport stands a shabby, rust-streaked old lighthouse, its lantern dark, dwarfed by … END_OF_DOCUMENT_TOKEN_TO_BE_REPLACED

Kohl's announced Friday that it is terminating talks to sell its business, saying that retail environment has significantly deteriorated since the … END_OF_DOCUMENT_TOKEN_TO_BE_REPLACED