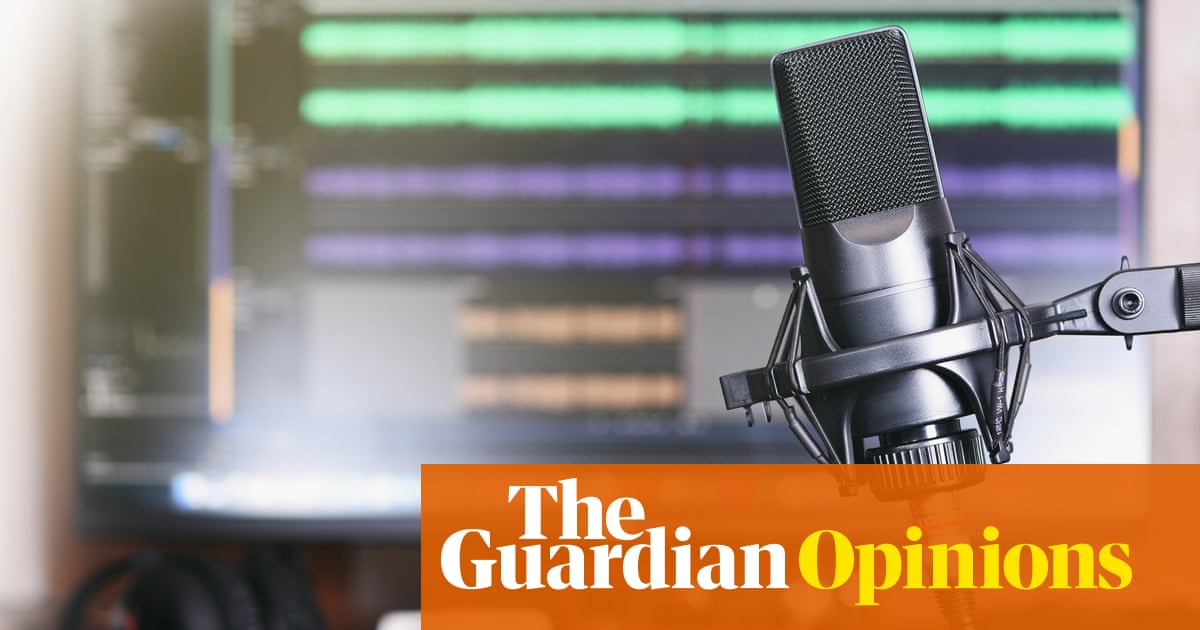 The editor of a well-known food publication resigns after numerous staff speak out about an alleged toxic work culture where people of colour are underpaid, underrepresented in senior roles and regularly face racism.

The team behind a wildly successful podcast decide to launch a new series investigating what happened. But halfway through the series the producers are themselves accused of contributing to a toxic work culture where people of colour are alleged to be underpaid, underrepresented in senior roles and regularly face racism. Key staff suddenly quit, the podcast is suspended, apologies are issued and everyone following the story is left dazed and confused.

Welcome to the Bon Appétit / Reply All saga.

What’s been playing out over the past few weeks and months is the culmination of a reckoning in US media workplaces that accelerated in the wake of last year’s Black Lives Matter protests.

And it’s a reckoning that shows how far behind we still are here in Australia.

Bon Appétit, a monthly magazine published by media giant Condé Nast, has long been one of the most popular and influential food publications in the world. But it was in 2014, under the leadership of then editor Adam Rapoport that the outlet turbocharged its online presence and became a digital media powerhouse by creating fun, engaging and helpful cooking shows on YouTube, making stars out of staff who had largely remained behind the scenes.

When the pandemic hit and Americans were confined to their homes, the magazine’s YouTube channel had its biggest ever month, attracting a mammoth 77m views in March alone.

But just a few months later the magazine was rocked by a controversy that it’s still struggling to recover from.

The killing of George Floyd sparked global protests demanding racial justice, and the media was among the institutions put under the spotlight. In an Instagram post, Bon Appétit aligned itself with the Black Lives Matter movement but staff quickly accused the publication of hypocrisy, alleging they were subject to racism in the workplace.

Sohla El-Waylly, one of the most popular presenters on the magazine’s YouTube channel, accused the company of only paying its white staff for appearing in online videos. Condé Nast denied the allegations, but a number of senior staff said they would stop appearing on YouTube until pay equity concerns were addressed.

featured an all-white panel discussing Black Lives Matter, the Melbourne Press Club elected an all-white board of 20 people, the most-read columnist in the country blamed the spread of Covid-19 on “multiculturalism”, the Age newspaper published an editorial asserting Australia did not have a history of slavery, and the list goes on.

While there have been some minor reforms in some of these areas, there was nothing like the wave of resignations and apologies we saw in the US.

Which brings us to Reply All. The podcast was founded by PJ Vogt and Alex Goldman in 2014 and described itself simply as “a show about the internet”.

In February the show shifted gears and announced it would be airing a new series called The Test Kitchen examining what happened at Bon Appétit, through exclusive interviews with former staff. The series was presented by Sruthi Pinnamaneni, a senior producer on Reply All.

The first episode of the series felt deeply cathartic. Pinnamaneni allowed those who had been marginalised, undervalued and mistreated to talk about their experiences on their terms. The series was accessible without being patronising. People of colour who had similar workplace experiences could relate, and white audiences could understand.

The “original sin”, as Pinnamaneni put it, was the decision by Rapoport to only hire white people in senior management roles. According to her, that decision is where the other problems – the racialised pay inequality, the everyday racism faced by staff – stemmed from.

It did occur to me that on that metric of an all-white leadership team, pretty much every news organisation in Australia deserved its own racism expose.

And that’s exactly what was being remarked upon in group chats across the country, full of journalists who worked at those organisations. I lost count of the number of people who messaged me saying that this exact story, the story being told on The Test Kitchen, could be done about their own media workplace. Many described it as triggering, and some said they didn’t even want to listen to avoid being re-traumatised over their own experiences.

After the second episode of The Test Kitchen aired, it was Reply All’s turn to face the music.

Eric Eddings, a former staffer at Gimlet, the company that produced Reply All, publicly accused Pinnamaneni and Vogt, one of the co-hosts of the show, of contributing to the same kind of toxic work culture that they were reporting on.

In particular, Eddings said that Pinnamaneni and Vogt had actively opposed efforts to form a union at the company, an organising push that was focused on pay inequality and mistreatment of staff who weren’t white.

Pinnamaneni and Vogt apologised and announced they were stepping away from the podcast.

Last week it was announced that the show had been suspended and no more episodes of The Test Kitchen would air. The show’s remaining original co-host, Goldman, said that the decision to make the series was a “systemic editorial failure”.

It was an extraordinary and abrupt conclusion to a story about two of the most popular and influential media organisations of their time.

While some listeners have applauded the apology from Goldman, others have interpreted the decision to cancel the series as a cop-out and pointed out that the former Bon Appétit staff who bravely told their stories publicly deserve better than an unfinished production subsumed by its own internal chaos.

In his apology, Goldman said Reply All should never have delved into this story. It’s an interesting question. There were clear warning signs that perhaps Reply All didn’t have the experience of self-awareness to undertake such a thorough examination of race.

In the first episode, Pinnamaneni admitted that it was only after the Black Lives Matter movement reignited last year that she understood for the first time how racism manifested in the workplace.

“If you’d asked [me] what does it mean to be an Indian woman in the workplace, I would’ve said it’s mostly fine,” she said. “Back then, I didn’t really want to think of my race as a disadvantage. Like I preferred to focus on how it actually helped me.”

It was a reminder that being a person of colour doesn’t automatically give you the authority or experience to explore complex racial dynamics, especially when as an Indian migrant to the US, she isn’t subject to the same kinds of oppression as the black colleagues who criticised her.

Reply All could have covered this story, but they couldn’t do it without acknowledging their own complicity and lack of self-awareness.

As depressing as elements of this saga have been, particularly the decision to not go ahead with finishing The Test Kitchen, it perhaps counterintuitively shows progress is being made. Powerful people in charge of influential institutions were forced to acknowledge their racism and apologise for it. Twice.

But looking on from here in Australia, I’m still waiting for the day our media organisations have enough staff who aren’t white to actually warrant a racism scandal.

The poshest place in California's Coachella Valley is The Madison Club. This exclusive gated community in La Quinta is where A-listers and tycoons … END_OF_DOCUMENT_TOKEN_TO_BE_REPLACED

KOROPY, Ukraine — Four men tugged at long strips of fabric to lift a coffin out of the gaping hole in the backyard of a small house. They flung the … END_OF_DOCUMENT_TOKEN_TO_BE_REPLACED