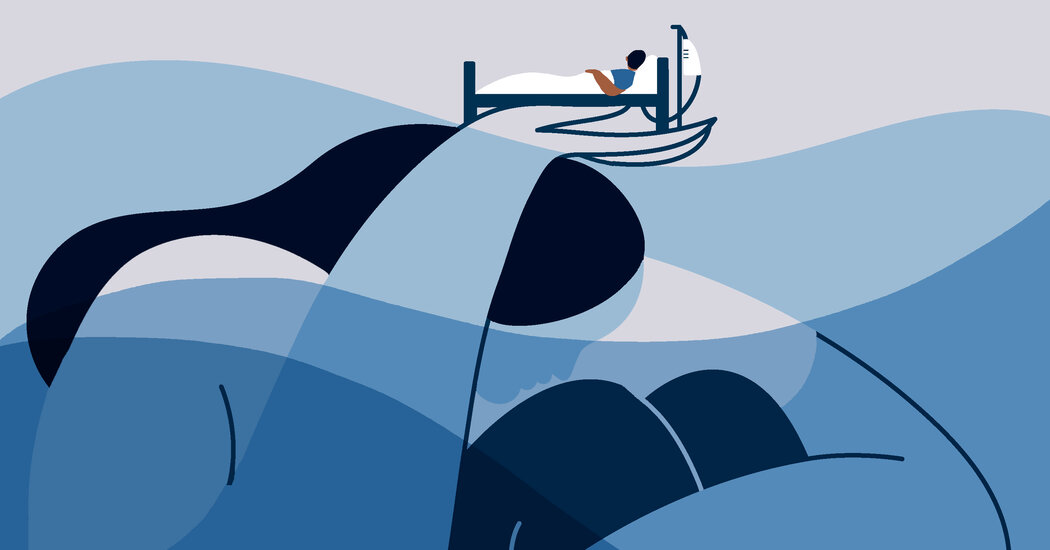 “If society wants us to keep caring for others, it’s going to have to show a little more care for us.”

— Kate Washington, the author of “Already Toast: Caregiving and Burnout in America”

In 2015, Kate Washington’s world changed. Her husband, Brad Buchanan, was late for family dinner. She found him in the bathroom, coughing up blood — a lot of it. She handed him a bucket and asked the neighbor to watch their two young daughters while she drove him to the emergency room.

Doctors found that a tumor had ruptured in one of his lungs and he urgently needed chemo. As her husband became critically ill, Ms. Washington, a freelance writer, was thrust into the role of nurse.

After Mr. Buchanan’s first round of chemo, the tumor shrank too quickly, causing his lung to collapse and then fill with thick, toxic fluid that put him at high risk for infection. Before he could continue treatment for cancer, he was sent home to recuperate.

$470 billion worth of unpaid labor a year. Since then, the number of caregivers has increased to 53 million, meaning that more than one out of five Americans are caregivers, according to AARP’s latest report.

61 and 75 percent of caregivers are women, and they tend to do more personal care tasks like helping patients bathe and use the toilet than their male counterparts, who are more likely to oversee finances and arrangement of care.

Female caregivers put in more hours — 22 to men’s 17 — and they are also more likely to stand by their partner through a serious illness. According to a study in the journal Cancer, women living with brain tumors or multiple sclerosis were seven times as likely to be abandoned by their spouses as men with similar diseases.

Many people who take on caregiving roles experience negative health impacts, but women are especially at risk of the fallout from caregiver stress. Female caregivers are also 2.5 times more likely to live in poverty as non-caregivers, with many leaving the work force to do care work. A 2011 study found that women who left their jobs to care for a parent lost an average of $324,000 in wages and benefits over their lifetimes.

Ms. Washington was able to dip into savings and a recent inheritance to help pay for supplemental in-home care, but it was still a struggle, causing stress, resentment and lost income.

Her book, “Already Toast: Caregiving and Burnout in America,” published by Beacon Press and on shelves this week, details the day-to-day challenges of caring for a partner with severe illness, but it also examines how the health care system must change to better support caregivers. “If society wants us to keep caring for others,” she writes, “it’s going to have to show a little more care for us.”

In Her Words spoke with Ms. Washington over phone and email. The conversation has been edited for length and clarity.

If we go with the metaphor that cancer is a battle, then you call yourself “collateral damage.” Explain.

inherwords@nytimes.com. In Her Words is available as a newsletter. Sign up here to get it delivered to your inbox.

MIAMI--(BUSINESS WIRE)--Intelli Smart Homes, the leading smart home technology company, has been recognized as one of America’s fastest-growing … END_OF_DOCUMENT_TOKEN_TO_BE_REPLACED

Customers outside a Walmart store in Torrance, California, US, on Sunday, May 15, 2022. Walmart Inc. is scheduled to release earnings figures on May … END_OF_DOCUMENT_TOKEN_TO_BE_REPLACED

The past few years have been brutal on homebuyers' budgets. Would-be buyers have been priced out of some of the most desirable neighborhoods thanks to … END_OF_DOCUMENT_TOKEN_TO_BE_REPLACED