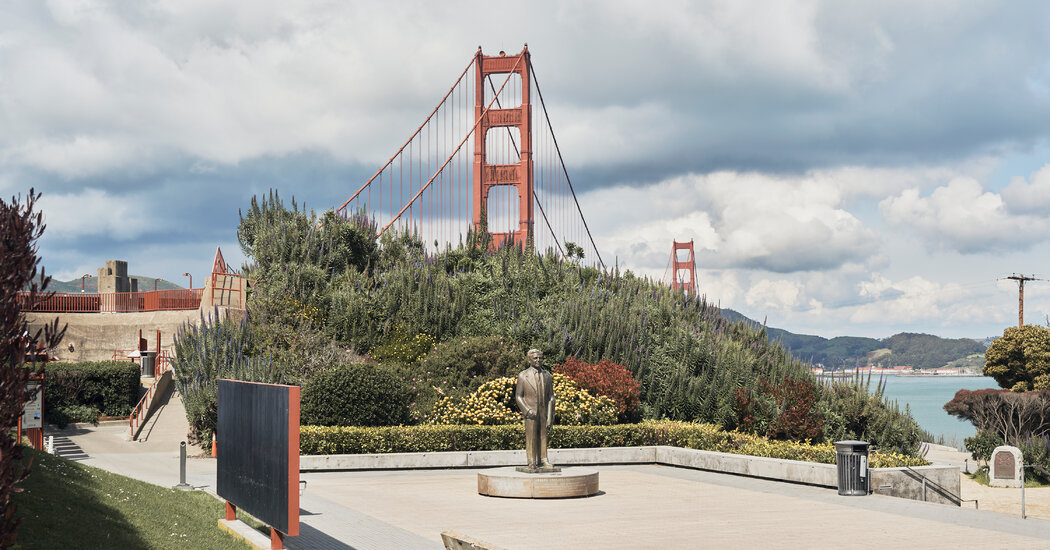 This week, counties across California will be allowed to ease some of the nation’s most stringent remaining pandemic restrictions.

Starting today, restaurants in Los Angeles County will be able to serve diners indoors for the first time in most of a year. Gyms, movie theaters and museums, which have all been shuttered or allowed to operate only outside, will at last be able to open their doors in L.A., as well as in Orange, San Bernardino, Sonoma and nine other counties moving from the state’s most restrictive purple tier to the second most restrictive red tier in the state’s color-coded reopening framework.

Another dozen counties are expected to meet the threshold for moving into the red tier on Tuesday, after the state loosened the rules in conjunction with an effort to vaccinate people in hard-hit, vulnerable communities.

[Here’s everything you need to get caught up on California’s reopening.]

On Thursday, President Biden marked the anniversary of the World Health Organization’s declaring of a pandemic.

the day that eight counties in Northern California ordered residents to shelter in place, as the real start to what would become our bewildering pandemic reality.

The move to shut down life for some nine million people was, at the time, the most ambitious experiment in America in containing the novel coronavirus. The restrictions were almost unfathomable. They were deeply disorienting, even in a state where natural disasters force residents to upend their lives with tragic frequency.

[Read about the day counties in and near the Bay Area ordered residents to shelter in place.]

The orders immediately raised many urgent questions for which Californians still don’t have full answers: How can you enforce an order to stay home? If you make exceptions for so-called essential workers, how do you decide who’s essential? How do you decide when it’s safe to let businesses reopen? How are people who don’t get paid time off supposed to pay their rent or buy food if their workplace is closed?

Still, looking back on the day that the Bay Area was ordered to shelter in place, it’s impossible to ignore how accustomed we’ve become to locked down life. The images of empty streets, empty shelves, masked pedestrians edging away from others on the sidewalk feel less shocking now, a year later.

the vaccine rollout across the country.]

Here are more images from the day the Bay Area shut down:

Here’s more about why California cities in particular are relying on federal aid. [The New York Times]

Jori Finkel wrote, were stacked against Desert X this year.

But the biennial art exhibition was also well-suited to the pandemic: The show is made up of site-specific public installations.

Neville Wakefield, who is Desert X’s artistic director and co-curator of its third edition, said its organizers never considered canceling.

“While museums in L.A. have been closed for a year, we felt a responsibility to do what our walled institutions couldn’t and nourish the need for culture,” he told Jori.

GREENVILLE, N.C.--(BUSINESS WIRE)--Employers aiming to win the war on talent have a new “A” team to tap into: college and professional athletes. … END_OF_DOCUMENT_TOKEN_TO_BE_REPLACED

Mortgage rates are likely to rise in July, extending a seven-month streak. High inflation, and the Federal Reserve's efforts to control it, have … END_OF_DOCUMENT_TOKEN_TO_BE_REPLACED