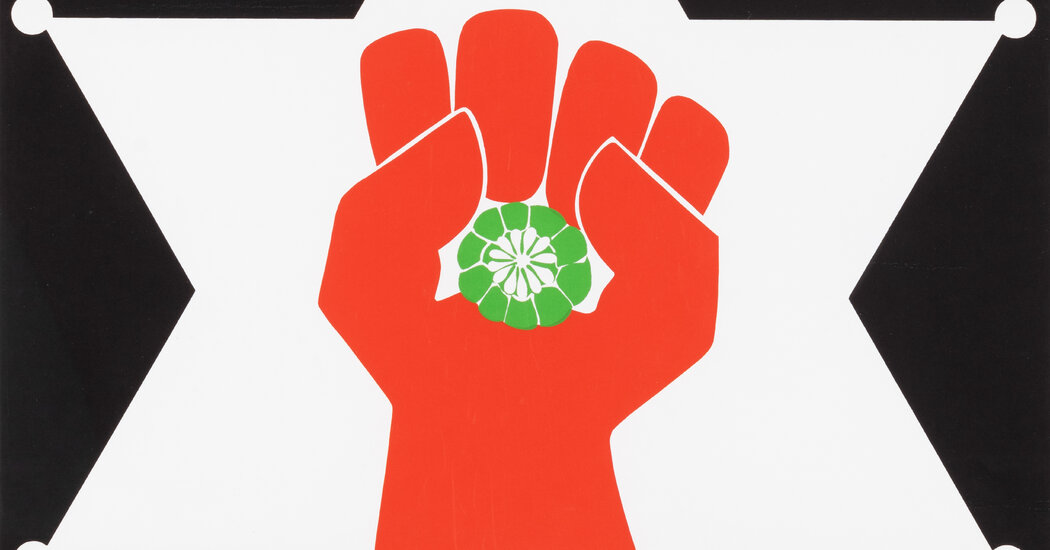 If you’re going to curate an exhibition of vintage artwork related to the unorthodox and self-described gonzo journalist Hunter S. Thompson, prepare for the process itself to become a bit, well, gonzo.

Daniel Joseph Watkins learned this lesson the hard way. He had to figure out how to move “Freak Power,” an exhibition featuring the visually striking campaign posters designed for Thompson’s 1970 run for county sheriff in Colorado, from his Aspen-based gallery to Poster House in Manhattan, where it’s open through Aug. 15.

The posters, designed and silk-screened by the artist Thomas W. Benton, a close friend of Thompson’s and a fellow Californian turned Aspen activist, fused gut-punch electioneering (“Sell Aspen or Save It”) with visceral imagery (a clenched fist set against a sheriff’s badge). Surviving samples in pristine condition now sell for upward of $25,000. But that price tag pales in comparison to owners’ intense emotional attachment. “It would have been much easier to borrow a Warhol or a Rothko from some of these people,” laughed Watkins.

opened in Chelsea in 2019, and the exhibition, co-curated with the artist Yuri Zupancic, is one of three on view in its gallery spaces. In addition to three dozen Benton posters, this show includes kinetic ink-splattered drawings by Ralph Steadman, whose illustrations accompanied many of Thompson’s articles; campaign trail photographs by the Aspen photojournalists David Hiser and Bob Krueger; and issues of The Aspen Wall Poster, a broadsheet newspaper designed by Benton and written by Thompson.

the 1998 film with Johnny Depp portraying an unhinged Thompson. Steadman’s frenetic drawings echo that pinwheeling personality. Yet, “all of Benton’s posters are so reserved, quiet and direct in comparison,” Lippert went on. “It makes an incredible contrast to see these two guys expressing the same ideas in such powerfully different ways.”

To be fair, Thompson as a candidate couldn’t have been more different from Depp’s onscreen caricature. Instead, as seen in candid footage from Watkins’s own “Freak Power” documentary (2020), running daily as part of the Poster House show, Thompson was thoughtful and articulate — though his attitude toward politicking could be playfully wry. (Prepping for a public debate with the incumbent sheriff, Thompson secretly shaved his head so he could walk out onstage and — in the conservative parlance of the era — snidely refer to “my longhaired opponent.”) Most importantly, he was uninterested in mere symbolism, dismissing Norman Mailer’s 1969 New York City mayoral bid as “more a form of vengeance than electoral politics.” Thompson was running to win.

His “Freak Power” ticket signaled a pivot point for many Aspenites’ self-identity — catalyzing a movement to preserve the local environment with strict limits on real estate development; overhaul a police department, seen as wildly out of control; and legalize marijuana use. Once derided as merely “freak” concerns, they’ve since been embraced by local law enforcement or moved to the statute books.

sheriff was a former Thompson campaign worker. Implementing Thompson’s ideas brought its own fallout, though.

“There were unintended consequences of some of the limiting of development, in that it limited the supply so much that demand went off the charts,” Watkins said of a resulting housing crunch. “It led to the transition of Aspen being more of a wealthy place. People come to Aspen now and ask, ‘Where did all the hippies go?’ There’s definitely some bitterness and disappointment about that.”

If nothing else, Watkins hopes “Freak Power” rescues Thompson’s legacy from the cartoonlike mythology that has built up around him. “When I bring up his name, sometimes people say, ‘You mean Hunter Thompson, the guy with the drugs and the guns and the craziness?’ No, I mean Hunter Thompson, the prescient political thinker who transformed a community with a radical campaign.”

Mortgage rates are likely to rise in July, extending a seven-month streak. High inflation, and the Federal Reserve's efforts to control it, have … END_OF_DOCUMENT_TOKEN_TO_BE_REPLACED 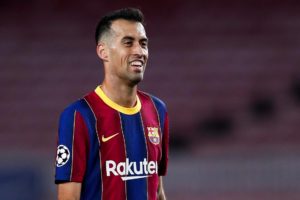 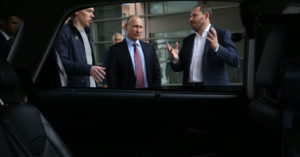 What a difference a war makes.Just a few months ago, Yandex stood out as a rare Russian business success story, having mushroomed from a small … END_OF_DOCUMENT_TOKEN_TO_BE_REPLACED