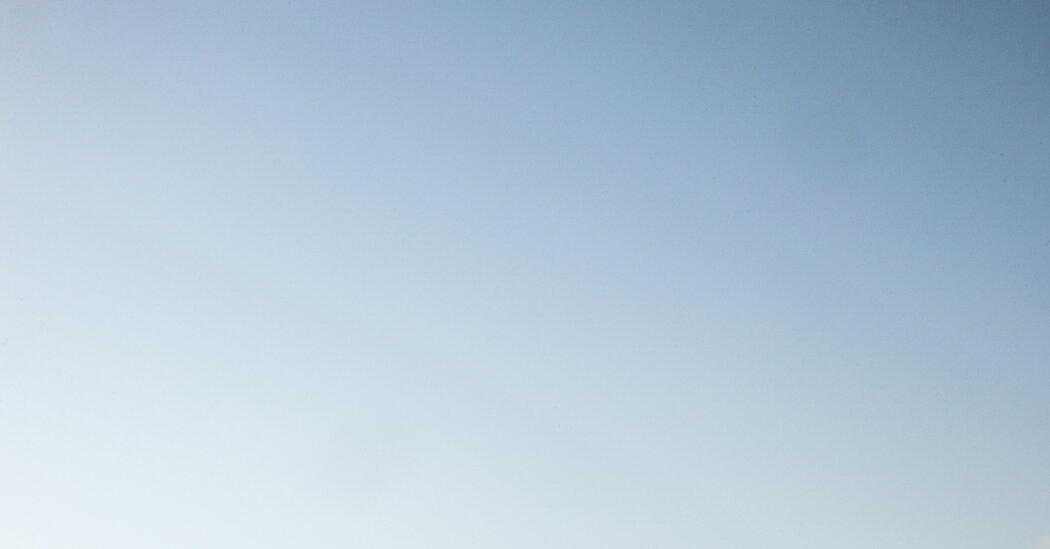 NOUAKCHOTT, Mauritania — Mohamedou Ould Slahi is almost clinical as he recalls details of the torture he endured in the summer of 2003 at Guantánamo Bay.

There were the guards who menaced him with attack dogs and beat him so badly they broke his ribs. The troops who shackled him, blasted him with heavy metal music and strobe lights or drenched him in ice water to deny him sleep for months on end. The mind-numbing isolation in a darkened cell without his Quran. The female guards who exposed themselves and touched him sexually in an effort to undermine his adherence to Islam.

But what left Mr. Slahi in utter despair, he said, was the interrogator who tried to threaten him into acknowledging that he was complicit in plotting a terrorist attack.

“If you don’t admit to it, we are going to kidnap your mother, rape her,” the interrogator said, by Mr. Slahi’s account.

released in 2016 without ever being charged, the confessions he made under duress recanted, a proposed case against him deemed by the prosecutor to be worthless in court because of the brutality of the interrogation.

“I was very naïve, and I didn’t understand how America works,” Mr. Slahi said.

For the United States, as for Mr. Slahi, the legacy of the torture remains complex and multifaceted two decades after the attacks on Sept. 11, 2001, led the George W. Bush administration to set aside legal and moral constraints in the name of national security.

The United States has long since stopped employing the so-called enhanced interrogation techniques used in what studies have concluded was a fruitless or counterproductive effort to extract lifesaving information from detainees in secret C.I.A. prisons and at Guantánamo Bay.

meeting with President Biden in June, President Vladimir V. Putin of Russia reminded journalists that Guantánamo remained open and that the C.I.A. had carried out torture in secret foreign prisons. “Is that human rights?” he asked.

Guantánamo Diary,” was released in a film version, “The Mauritanian.” While he is often denied visas for travel, he recently made a trip to London, where he took part in a literary reading and was hosted at a party by Kevin Macdonald, the director of the movie.

A software engineer, Mr. Slahi has two phones, a laptop and Wi-Fi in the home he built since his release. Isolated for long stretches during his imprisonment, he carries on multiple conversations across the world these days through texts, video chats and phone calls.

On one level, his is a hopeful story.

“I wholeheartedly forgive everyone who wronged me during my detention,” he said in a YouTube message to the world soon after his release. “I forgive, because forgiveness is my inexhaustible resource.”

But the effects of what he endured at Guantánamo are by no means behind him.

Donald H. Rumsfeld, the defense secretary at the time. The United States also sent 119 people into the C.I.A.’s overseas network of secret prisons — including the accused plotters of the Sept. 11 attacks — where detainees were routinely sleep deprived, shackled in excruciating ways and subjected to rectal abuse and other brutal treatment.

executive summary of the report was made public in 2014, but the full report remains classified.)

Mr. Slahi’s story — laid out in interviews, testimony and congressional investigations — spans much of the 20 years in which the United States has variously obscured, acknowledged and dealt with the diplomatic and human fallout of the interrogation programs authorized by Mr. Bush and his team.

Mr. Slahi was a clever, curious son in a Bedouin family of 12 children who became the first in his family to study abroad. While working toward an engineering degree in Germany in the 1990s, he traveled to Afghanistan to train in the anti-Communist jihad at a time when the United States endorsed it. He was back in his native Mauritania on Sept. 11, 2001.

Intelligence analysts sifting through records after the attacks noted that he had received a call in late 1998 or early 1999 from a satellite phone used by Osama bin Laden. The call was about a family matter and came from a cousin who had been part of bin Laden’s inner circle and later fled to Mauritania, Mr. Slahi said.

U.S. intelligence had also come to believe that Mr. Slahi had hosted three Muslim men in his home in Duisburg, Germany, for a night in November 1999. Among them were two of the Sept. 11 hijackers and Ramzi bin al-Shibh, who is accused of recruiting the so-called Hamburg cell of hijackers and is charged in a death-penalty case at Guantánamo. Mr. Slahi dismissed the encounter as so casual — a matter of offering hospitality to fellow Muslim travelers — that he said he did not remember the suspect named Ramzi when interrogators pressed him on it.

Investigators also noticed that Mr. Slahi had moved to Montreal in the winter of 1999 and prayed at the same mosque as Ahmed Ressam, an Algerian known as the millennium bomber for a failed plot to plant a bomb at Los Angeles International Airport on New Year’s Eve in 1999. Mr. Slahi was questioned by federal security forces in Canada and left for home after two months.

Steve Wood of Oregon, wrote the Obama administration’s interagency parole board that he considered Mr. Slahi so safe he would gladly host him in his home.

U.S. forces delivered Mr. Slahi to Mauritania just as he had been brought to Guantánamo: blindfolded and in shackles.

The war court at Guantánamo, run by the U.S. military, is meant to balance the need for secrecy with the rights of the accused.

To the frustration of families of the nearly 3,000 victims of the attack, the crimes of Sept. 11 have been rarely mentioned in nearly a decade of proceedings.

Rather, defense lawyers have effectively managed to put the C.I.A. on trial as they have systematically sought to exclude evidence against the men — notably confessions they made months into their stays at Guantánamo — as a product of torture.

The lawyers for one defendant, Mustafa al-Hawsawi, who sits gingerly on a pillow in court because of pain from rectal abuse in C.I.A. custody, argue that the case should be dismissed outright because of outrageous government conduct.

In an effort to speed up the proceedings — and perhaps to protect the identities of certain C.I.A. employees — prosecutors have begun acknowledging that the United States tortured its captives in overseas prisons. They do not use the word, but they have read aloud in court from grisly descriptions of abuse to try to argue that defense lawyers have sufficient details to try to move either for dismissal of the charges or to exclude the death penalty if the defendants are convicted.

Prosecutors said in 2018 that they would stipulate to “anything tethered to reality” to avoid the national security struggle over declassifying certain details of what went on in the secret sites.

recent book “Why the Innocent Plead Guilty and the Guilty Go Free.”

“This is not the way a civilized colony, or later the United States as a whole, conducts itself,” he said. “I do think that fundamental legal qua moral approach was what was undercut in the wake of 9/11 by what happened in Guantánamo.”

The judge’s courthouse is a few blocks from ground zero. “What is still seared in my memory is watching people jump out of the windows of the World Trade Center towers because the alternative is being burned to death inside,” he said in an interview. “One can never forget the atrocity of that attack. But it is also exactly when atrocities occur that the rule of law is put to the test.”

Only a handful of the men who were subject to the treatment approved by the Bush administration have been released and spoken publicly about the experience, with Mr. Slahi being prominent among them.

“I only have the law,” he said last month. “And if the law fails me, I’m done. There is nothing else left for me.”

GREENVILLE, N.C.--(BUSINESS WIRE)--Employers aiming to win the war on talent have a new “A” team to tap into: college and professional athletes. … END_OF_DOCUMENT_TOKEN_TO_BE_REPLACED

Mortgage rates are likely to rise in July, extending a seven-month streak. High inflation, and the Federal Reserve's efforts to control it, have … END_OF_DOCUMENT_TOKEN_TO_BE_REPLACED