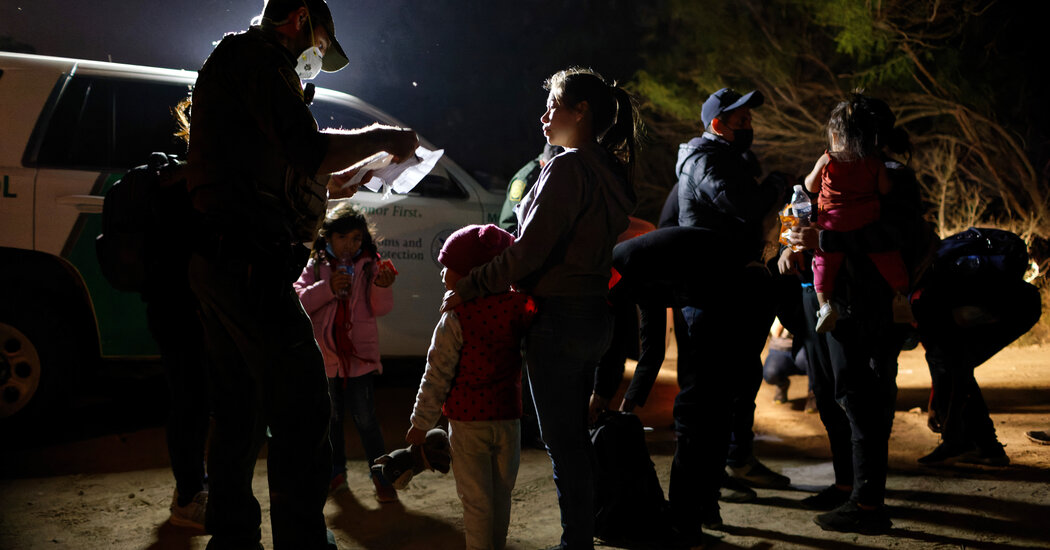 The Biden administration is starting to see some success in its efforts to suitably house the migrant children flooding to the southwest border, with a fraction of the number of children in Customs and Border Protection custody than there were a month ago.

Over the past month, the number of migrant children in the jail-like facilities of the Border Patrol dropped 83 percent, from 5,767 on March 29 to 954 on Thursday, according to government statistics. The length of time children are staying in border shelters is down as well, from an average of 133 hours to 28. By law, children are not supposed to stay in border shelters for more than 72 hours.

The improvements are attributable in part to an increase in facilities overseen by the Department of Health and Human Services where children can be housed under better living conditions.

More children are also being discharged from government custody, most often to live with a relative.

The number of migrant children arriving alone at the southern border has decreased by a much smaller amount, from 626 on March 29 to 525 a month later, according to an official briefed on the data.

While the number of migrants at the border surges each spring, the surge this year has been much higher than normal.

You were seeing double this week: A spectacular $54 million compound featuring two equally luxurious mansions separated by a private lake in Southwest … END_OF_DOCUMENT_TOKEN_TO_BE_REPLACED

Taylor Heinicke #4 of the Washington Football Team celebrates after defeating the Seattle Seahawks at FedExField on November 29, 2021 in Landover, … END_OF_DOCUMENT_TOKEN_TO_BE_REPLACED

Members of the Ukrainian Police force, Larisa, 31, and Roman, 30, get married at a wedding hall at an expo center in Kyiv, Ukraine, on … END_OF_DOCUMENT_TOKEN_TO_BE_REPLACED