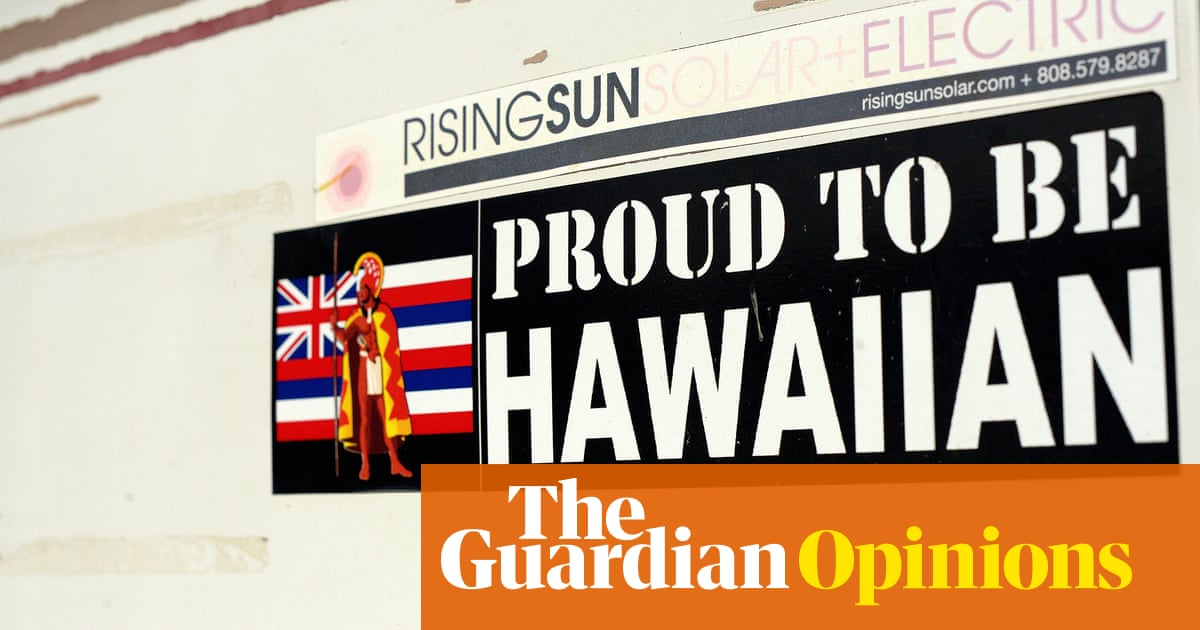 Since the state of Hawaii reopened to visitors in October 2020, more than 650,000 people have flown to the islands. After arriving, some tourists are receiving vaccines before local residents, even though Pacific Islanders are disproportionately affected by Covid-19. Despite the influx, visitor numbers are still lower than usual, leaving the state’s economy – which is overly dependent on tourism and military dollars – in shambles.

It’s the kind of colonial treatment that Native Hawaiians have endured since the Hawaiian Kingdom’s government was illegally overthrown in 1893 and the Hawaiian islands were unlawfully annexed by the United States in 1898.

The Biden administration is poised to settle this problem by federally recognizing a Native Hawaiian government in a similar process to that which it does American Indian tribes. Re-establishing a government-to-government relationship with the US has been praised as a way of protecting entitlements, programs and services for Native Hawaiians.

At first glance, that may sound like a positive step. But federal recognition could be a final nail in the coffin for Hawaiian sovereignty. For that reason, it is steadfastly opposed by most Native Hawaiians and has earned the moniker “Fed Wreck”.

There’s history here. In 2014, the Department of the Interior proposed a rule to re-establish a government-to-government relationship with Native Hawaiians. Twenty public meetings followed in Hawai‘i and across Indian country to solicit feedback. According to one study, an overwhelming majority of Native Hawaiians – more than 95% – objected to the prospect of the US government recognizing a new Native Hawaiian government.

As Ka‘iulani Lovell testified in Kapa‘a, Kaua‘i: “We don’t need to be recognized by you. We know who we are.”

In Kahului, Maui, Tisha-Marie Kekumu-Beattie declared: “You cannot give me back something I never gave up … take your thing you wanna give us, throw ’em in the trash. We don’t want it. We sovereign.”

Even under the administration of President Barack Obama, who was born in Hawai‘i, the US government didn’t seem especially interested in hearing the community. Two years later, the Department of the Interior issued a rule to amend federal regulations so a Native Hawaiian entity could apply to be acknowledged as self-governing.

It would be a symbolic form of self-governance that could cover up the original crime, which is the taking away of the government and land.

A new Native Hawaiian government would not receive a land-base, territorial jurisdiction, nor be eligible for land to be taken into trust. The only possible land back is the island Kaho‘olawe, bombed for 50 years by the US navy and with unexploded ordinance still stuck in the ground.

In fact, federal recognition would have the effect of officially ceding authority to the US, for the first time ever, of over approximately 2m acres of national land stolen from the Hawaiian Kingdom and Native Hawaiians.

There is some good news: Joe Biden’s historic nomination of Deb Haaland – a tribal citizen of the Laguna Pueblo and US representative from New Mexico – as secretary of the interior. If confirmed, she will be, astoundingly, the first Indigenous woman appointed to an executive cabinet position. She will also be the first Indigenous person to head the Department of the Interior, which manages public lands, national forests and the US government’s relationships with federally recognized tribal nations, Alaskan Natives and Native Hawaiians.

Native Hawaiians are cautiously optimistic that Deb Haaland, unlike her predecessors, will listen to the Native Hawaiian community, not just elected officials from the state of Hawaii.

The situation in US Congress is not promising. The Democratic-controlled US Congress looks poised to complete the colonial settlement. Senator Brian Schatz from Hawai‘i is now the chairman of the Senate’s Indian affairs committee, and in his first meeting hosted discussion about federal recognition. His position is one that the Native Hawaiian senator Daniel Akaka previously held while advocating for the Native Hawaiian Government Reorganization Act. The Akaka Bill, as it was called, suggested that it could reconcile US participation in illegally overthrowing the Hawaiian Kingdom’s government.

While Democrats largely support federal recognition – as reconciliation for past harms in Hawai‘i – Republicans grumble that Native Hawaiians aren’t American Indians and aren’t, therefore, eligible for tribal governance. The question “Are Hawaiians Indians?” continues to be debated, exasperating conservatives and liberals alike, yet it exposes the manipulation of federal Indian law and policy in an ongoing process to settle US possession of Hawai‘i.

The thief returns to the scene of the crime asking for forgiveness but refusing to return what they stole.

Recently elected Native Hawaiian US representative Kai Kahele, like Senator Schatz, supports federal recognition, despite his own community’s opposition. Congressman Kahele is being courted by Representative Deb Haaland – who affirmed a commitment to Native Hawaiian issues during her Senate confirmation hearing – to take over her seat as co-chair of the Congressional Native American Caucus. With the posturing of Schatz and Kahele, the political landscape is ripening for a new bill to come to fruition.

SAN FRANCISCO — Cleve Jones has lived in the Castro neighborhood for nearly 50 years, almost from the day he graduated from high school in Phoenix and … END_OF_DOCUMENT_TOKEN_TO_BE_REPLACED

A home inspection can spare you from unpleasant surprises after you buy. After crunching the numbers, searching your favorite neighborhoods, and … END_OF_DOCUMENT_TOKEN_TO_BE_REPLACED