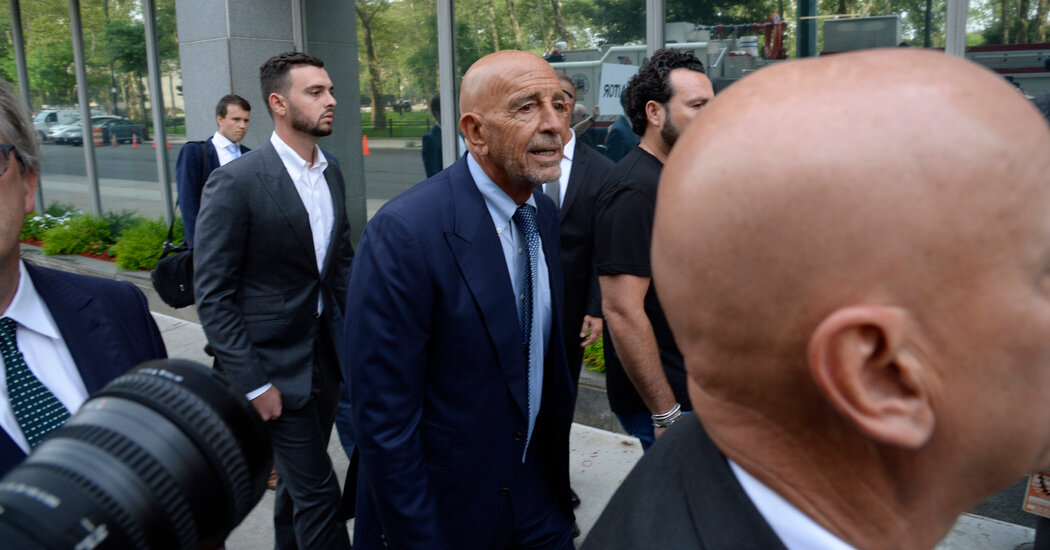 The not-guilty plea puts Mr. Barrack on course for a high-profile trial that is likely to engulf Mr. Trump and the close-knit business world that aided the former president’s rise to power. Mr. Barrack served as a key fund-raiser to Mr. Trump throughout his time in office, including a stint as chairman of Mr. Trump’s inaugural committee.

Earlier this week, Mr. Barrack was released on $250 million bond and ordered to wear a GPS location-monitoring bracelet at all times, according to a Justice Department spokesman. Mr. Barrack, 74, entered the plea during a Monday appearance in Federal District Court in Brooklyn, where he was arraigned on charges that he acted as an unregistered agent of a foreign power, obstructed justice and lied to the F.B.I.

Mr. Barrack is one of several of Mr. Trump’s former aides, fund-raisers and associates to face criminal charges. He was charged alongside a business associate, Matthew Grimes, 27, who was freed on $5 million bond. Mr. Grimes is also required to wear a monitoring device and is subject to a curfew from 10 p.m. to 6 a.m.

According to the seven-count indictment laid out by federal prosecutors, Mr. Barrack used his relationship with Mr. Trump’s campaign to promote the Emirates’ agenda at the behest of senior Emirati officials.

Once Mr. Trump was elected, the indictment states, Mr. Barrack invited senior Emirati officials to give him a “wish list” of foreign policy actions they wanted Washington to take within the first 100 days, first six months and first year of Mr. Trump’s term, and by the end of it, prosecutors said.

Glenn Thrush contributed to this story.

Target has added new brands to its beauty department. At a growing number of stores, it also has mini Ulta Beauty shops with prestige brands.Melissa … END_OF_DOCUMENT_TOKEN_TO_BE_REPLACED

Just a few months ago, builders couldn't put homes up fast enough to appease the hordes of eager buyers. They boasted about lengthy waitlists, even … END_OF_DOCUMENT_TOKEN_TO_BE_REPLACED