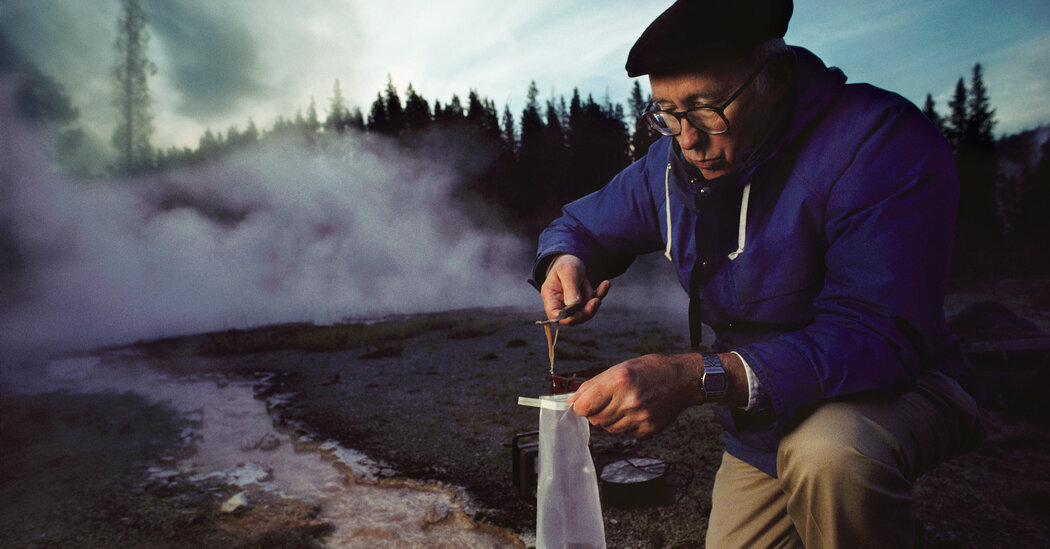 The PCR technology, which requires cycles of extreme heating and cooling, can multiply small segments of DNA millions or even billions of times in a short period. It has proved crucial in many ways, including the identification of DNA at a crime scene and, more recently, detecting whether someone has Covid-19.

“PCR is fundamental to everything we do in molecular biology today,” said Yuka Manabe, a professor of medicine in the division of infectious diseases at the Johns Hopkins University School of Medicine. “Mullis couldn’t have done PCR without a rock-stable enzyme.”

Thomas Dale Brock was born on Sept. 10, 1926, in Cleveland. His father, Thomas, an engineer who ran the boiler room at a hospital, died when Tom was 15, pushing him and his mother, Helen (Ringwald) Brock, a nurse, into poverty. Tom, an only child, took jobs in stores to help her.

When he was a teenager, his interest in chemistry led him to set up a small laboratory with a friend in the loft of a barn behind his house in Chillicothe, Ohio, where he and his mother lived after his father’s death. They experimented there with explosives and toxic gas.

After serving in the Navy’s electronics training program, Dr. Brock earned three degrees at Ohio State University: a bachelor’s in botany and a master’s and Ph.D. in mycology, the study of fungi.

With faculty jobs in short supply, Dr. Brock spent five years as a research microbiologist at the Upjohn Company before he was hired as an assistant professor of biology at Western Reserve University (now Case Western Reserve University) in Cleveland. After two years, he became a postdoctoral fellow in the university’s medical school. In 1960, he joined the department of bacteriology at Indiana University, Bloomington, where he taught medical microbiology.

There were no arrests in three quarters of last year’s fatal shootings, according to statistics provided by Mr. Krasner’s office, even as arrests for … END_OF_DOCUMENT_TOKEN_TO_BE_REPLACED