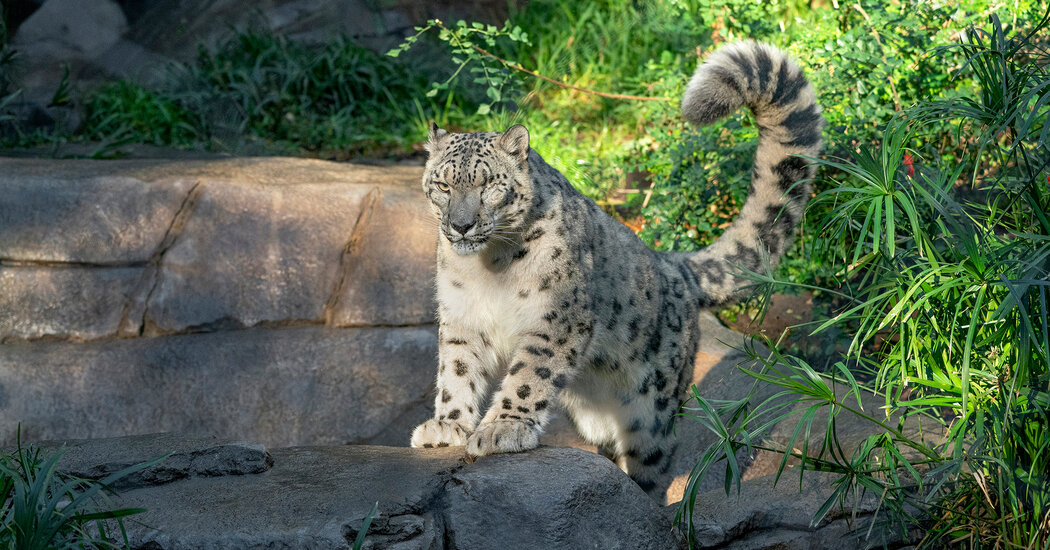 Three snow leopards died of complications related to Covid-19 at a zoo in Lincoln, Neb., despite efforts by staff to restore them to health after they tested positive for the virus about a month ago, zoo announcements said.

The Lincoln Children’s Zoo lamented the deaths of Ranney, Everest and Makalu in a Facebook post on its official page Friday evening, saying the mountain cats “were beloved by our entire community inside and outside of the zoo.”

“This loss is truly heartbreaking, and we are all grieving together,” the statement said.

The snow leopards were not the only animals to have contracted the virus at the facility. The Lincoln Children’s Zoo had published a statement on Oct. 13 disclosing that the snow leopards and Sumatran tigers had “tested positive for the virus that causes Covid-19.”

The zoo had collected nasal swab and fecal samples after animal keepers had “observed symptoms consistent with the virus in felids,” which can include respiratory illness. The zoo said it had been treating the snow leopards and tigers “with steroids and antibiotics to prevent secondary infection,” but its statement did not say whether its animals had been vaccinated.

receiving an experimental Covid vaccine made by Zoetis, a veterinary pharmaceutical company in New Jersey.

The Lincoln zoo’s tigers appeared to be pulling through, according to the latest statement. “Sumatran tigers, Axl and Kumar, have made a seemingly full recovery from the illness,” the zoo said.

Cases of Covid infections among zoo animals have surfaced throughout the U.S., including the first two spotted hyenas in the world found to have the virus, among other animals infected at the Denver Zoo. Other recently reported cases have included tigers in Omaha, Neb.; African lions, snow leopards, jaguars and a tiger in St. Louis and lions in Honolulu.

The Centers for Disease Control and Prevention have said that the risk of animals spreading Covid-19 to people is considered low, but people can also spread the virus to them, and cases among pets and animals in zoos have been documented around the world.

The Lincoln Children’s Zoo, conceived as a family destination where children could come close to animals, houses over 400 animals, including more than 40 endangered species, according to its website. Zoo officials could not be immediately reached on Saturday, but the organization’s statement said it has been following guidelines from the C.D.C. and the American Association of Zoo Veterinarians to protect its animals, the staff and the community.

AUSTIN, Texas--(BUSINESS WIRE)--As the first multifamily management company to be recognized in the Public Relations and Marketing Excellence Awards, … END_OF_DOCUMENT_TOKEN_TO_BE_REPLACED

There have been whispers of cooling housing and rental prices in the San Francisco Bay Area, but that hasn't yet translated into practical, noticeable … END_OF_DOCUMENT_TOKEN_TO_BE_REPLACED

Cars pass in Independence Square at twilight in Kyiv, Ukraine, Monday, Oct. 31, 2022. Rolling ... [+] blackouts are increasing across Ukraine as the … END_OF_DOCUMENT_TOKEN_TO_BE_REPLACED