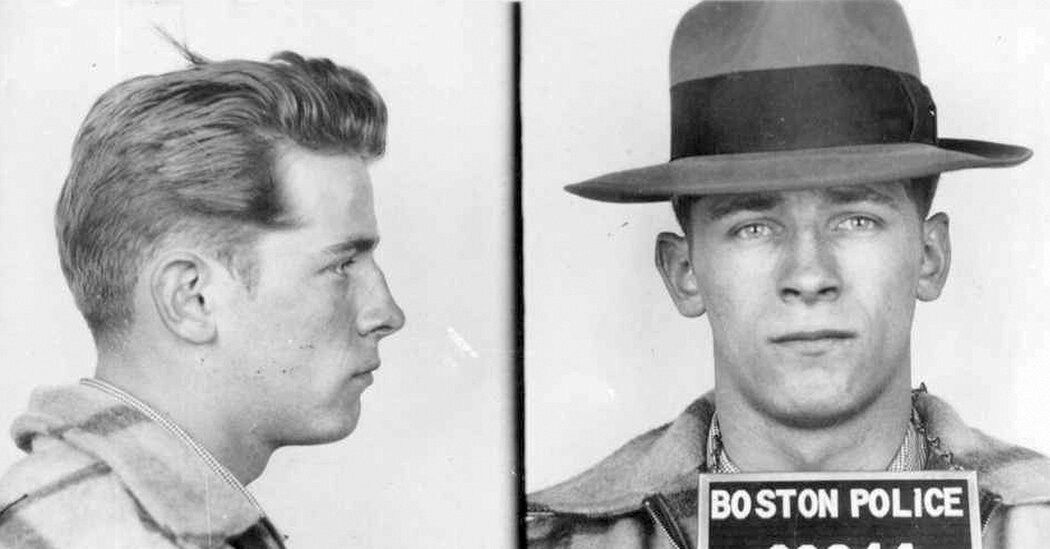 Three men were indicted in the death of the notorious gangster James (Whitey) Bulger, who was beaten to death four years ago in a West Virginia federal prison where he was serving a sentence for crimes that terrorized Boston in the 1970s and ’80s, prosecutors said on Thursday.

Fotios Geas, Paul J. DeCologero and Sean McKinnon were charged with conspiracy to commit first-degree murder by the U.S. Attorney’s Office for the Northern District of West Virginia.

All three men were incarcerated with Mr. Bulger in the Hazelton prison in Bruceton Mills, W.Va., where Mr. Bulger, 89, had been serving two life terms for his role in 11 murders committed when he controlled Boston’s underworld for several decades.

12 years and was a known informant for the agency.

quickly identified Mr. Geas as one of the suspects in Mr. Bulger’s killing, and all three men were sent to solitary confinement after the fatal attack. Yet questions remain as to why almost four years elapsed before the men were charged.

Mr. Geas’s lawyer, Daniel D. Kelly, of Springfield, Mass., said that his client had been held in solitary confinement “since the day of the killing.” While the charges were “serious,” Mr. Kelly said that they did not justify the length of Mr. Geas’s confinement. He raised concerns about potential bias in the investigation of the killing.

“It’s just troubling,” Mr. Kelly said. “Everyone should be a little bit curious as to why it took the F.B.I. four years to investigate the murder of their top echelon informant.”

security camera footage showed at least two inmates rolling Mr. Bulger, who was in a wheelchair, out of view into a corner of a room. There, law enforcement officials said, they beat him with a padlock stuffed inside a sock. When guards found him, Mr. Bulger had been attacked so severely that he was “unrecognizable,” one law enforcement official said at the time. Guards undertook lifesaving measures but Mr. Bulger was pronounced dead.

serving a life sentence for the 2003 killing of the leader of the Genovese crime family in Springfield. Mr. DeCologero is also still in the federal prison system, though in a different location, according to federal prosecutors.

At the Hazelton prison, Mr. Bulger was housed in the same unit as Mr. Geas, who was cellmates with Mr. McKinnon, of Montpelier, Vt.. Mr. Bulger had initially been assigned to a cell with Mr. DeCologero, but was soon reassigned.

Mr. Bulger was accused of playing a role in the killings of 19 people and had spent 16 years on the run when he was arrested in Santa Monica, Calif., in 2011. Mr. Bulger, who had been working as an F.B.I. informant, disappeared in 1995 after a retired F.B.I. agent told him of an imminent indictment. He remained elusive, despite a $2 million reward for his capture, the largest ever for a domestic target.

safe haven for inmates needing additional protection, like those who had worked as informants. But after confrontations with prison staff, he spent a number of months in solitary confinement and was eventually transferred to the Hazelton prison.

several prison workers questioned why his transfer to Hazelton, which housed inmates tied to organized crime, was approved, and why Hazelton staff members placed Mr. Bulger in the general inmate population.

In January, a federal judge dismissed a lawsuit filed by the administrator of Mr. Bulger’s estate that argued that he was not adequately protected by the federal Bureau of Prisons when he was transferred to the Hazelton prison, which the lawsuit described as understaffed and plagued by violence.

Mr. Bulger’s many victims met gruesome ends, including being strangled or bound in chains and shot at close range. Victims were buried in shallow graves, in marshes or under the dirt floors of basements.

After the killing, Mr. Bulger was known to nap while others cleaned up, which included removing victims’ teeth to prevent identification.

Of the 19 people whom Mr. Bulger was accused of playing a role in killing, some were members of rival gangs; others were innocent bystanders caught in deadly firefights. One victim, Michael Donahue, was killed in a spray of gunfire when he offered a ride to a neighbor whom Mr. Bulger wanted dead. Another victim, Edward Connors, a witness to a separate murder, was shot in a setup at a gas station.

Soon after Herschel Walker, the former football star, announced he would run for U.S. Senate in Georgia as a Republican, his son Christian appeared … END_OF_DOCUMENT_TOKEN_TO_BE_REPLACED

SpaceX launched four people to the International Space Station from Florida on Wednesday, as Elon Musk's company keeps up a steady pace of crewed … END_OF_DOCUMENT_TOKEN_TO_BE_REPLACED