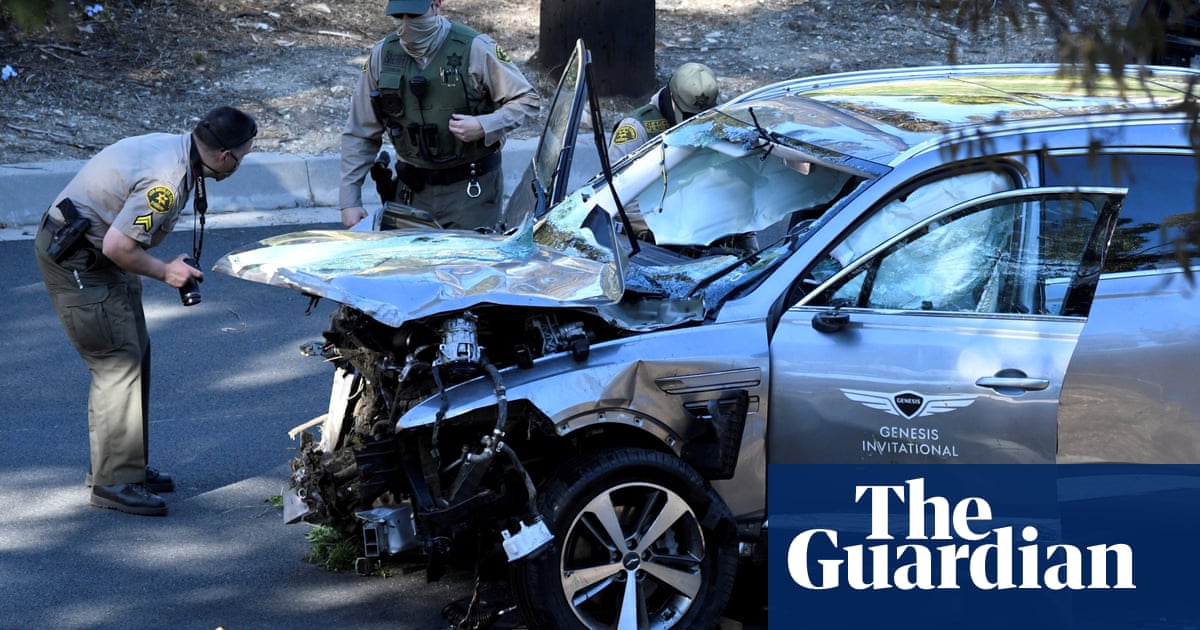 Tiger Woods told responding deputies to his single-vehicle crash last week that he did not know how the accident happened and didn’t remember driving, USA Today reported Thursday.

USA Today cited a copy of the search warrant affidavit that was used by the Los Angeles county sheriff’s department to obtain the black box in the SUV Woods was driving.

A sheriff’s deputy said Wednesday the warrant is a matter of course in LA County and considered part of the department’s due diligence.

Woods, 45, was hurt last week in an early-morning, single-car crash near the border of Rolling Hills Estates and Rancho Palos Verdes, California. Emergency personnel extracted him from his car and transported him to Harbor-UCLA Medical Center.

The Los Angeles County sheriff characterized the crash as “purely an accident” and appeared to rule out any potential criminal charges even as authorities were still investigating. Deputies saw no evidence the golf star was impaired by drugs or alcohol after the rollover wreck on a downhill stretch of road known for crashes, sheriff Alex Villanueva said.

“He was not drunk,” Villanueva said during a livestreamed social media event. “We can throw that one out.”

Woods underwent surgery Tuesday to treat multiple injuries to his right lower leg, including the insertion of a rod into the tibia. Additional screws and pins were needed in the leg, and he was treated for muscle and soft-tissue injuries. He underwent another procedure last Friday, before being moved to Cedars-Sinai Medical Center.

Rory McIlroy has revealed he tackles Bay Hill in a similar way to course specialist Tiger Woods after making a superb start at the Arnold Palmer Invitational.

McIlroy fired seven birdies, including five in a row on his back nine, and one bogey in an opening 66 to set the early clubhouse target. At six under par, McIlroy led by one from US Open champion Bryson DeChambeau.

“I feel like you don’t have to do anything special to shoot a good score here,” McIlroy said after his round. “You can be really conservative off the tees if you want to be. I’ve watched Tiger enough here over the years. He played [Bay Hill] very conservatively, took care of the par fives and that was usually good enough to get the job done – so [I took] a leaf out of his book.”

GREENVILLE, N.C.--(BUSINESS WIRE)--Employers aiming to win the war on talent have a new “A” team to tap into: college and professional athletes. … END_OF_DOCUMENT_TOKEN_TO_BE_REPLACED

Mortgage rates are likely to rise in July, extending a seven-month streak. High inflation, and the Federal Reserve's efforts to control it, have … END_OF_DOCUMENT_TOKEN_TO_BE_REPLACED