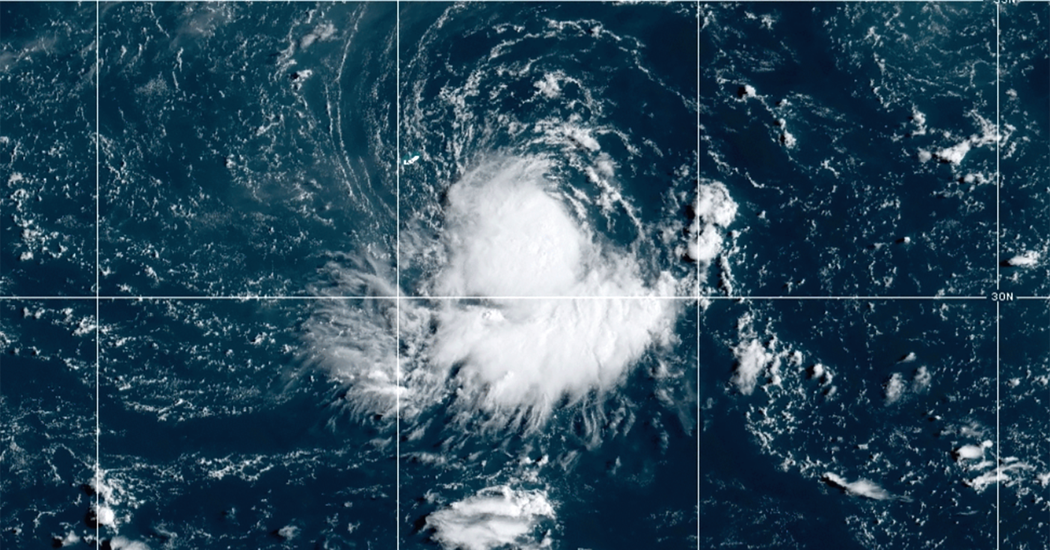 An already active day in the Atlantic hurricane season became a little busier on Monday, when Tropical Storm Henri formed off the East Coast of the United States, joining Tropical Storm Fred, which made landfall in the Florida Panhandle in the afternoon, and Tropical Depression Grace, which came ashore in Haiti, complicating search-and-rescue efforts after a powerful earthquake killed hundreds of people on Saturday morning.

Just before 5 p.m., Henri was upgraded from a tropical depression to a tropical storm, the National Hurricane Center said.

The storm was tracking about 145 miles southeast of Bermuda, where a tropical storm watch was in effect. It was moving south-southwest at seven miles per hour with maximum sustained winds of 40 m.p.h., according to the center, which said that the storm would gain strength over the next few days.

While it is not uncommon for there to be several active weather systems at once during hurricane season, forecasters with the National Hurricane Center said, it is somewhat unusual to have three with tropical storm watches or warnings for land areas at the same time.

Hurricane Harvey in 2017 produced far more rain than they would have without the human effects on climate. Also, rising sea levels are contributing to higher storm surge — the most destructive element of tropical cyclones.

United Nations climate report released in August warned that nations have delayed curbing their fossil-fuel emissions for so long that they can no longer stop global warming from intensifying over the next 30 years, leading to more frequent life-threatening heat waves and severe droughts. Tropical cyclones have likely become more intense over the past 40 years, the report said, a shift that cannot be explained by natural variability alone.

In May, scientists with the National Oceanic and Atmospheric Administration forecast that there would be 13 to 20 named storms this year, six to 10 of which would be hurricanes, and three to five major hurricanes of Category 3 or higher in the Atlantic. In early August, in a mid-season update to the forecast, they continued to warn that this year’s hurricane season will be an above average one, suggesting a busy end to the season.

Matthew Rosencrans, of the National Oceanic and Atmospheric Administration, said that an updated forecast suggested that there would be 15 to 21 named storms, including seven to 10 hurricanes, by the end of the season on Nov. 30. Henri is the eighth named storm of 2021.

Last year, there were 30 named storms, including six major hurricanes, forcing meteorologists to exhaust the alphabet for the second time and move to using Greek letters.

The union movement that kicked off across the country more than a year ago has continued its momentum in 2022, with workers in warehouses, coffee … END_OF_DOCUMENT_TOKEN_TO_BE_REPLACED

Keep up! Reality TV star Kim Kardashian has splurged on a cliffside mansion in Malibu, CA, that was once owned by Cindy Crawford and Rande … END_OF_DOCUMENT_TOKEN_TO_BE_REPLACED