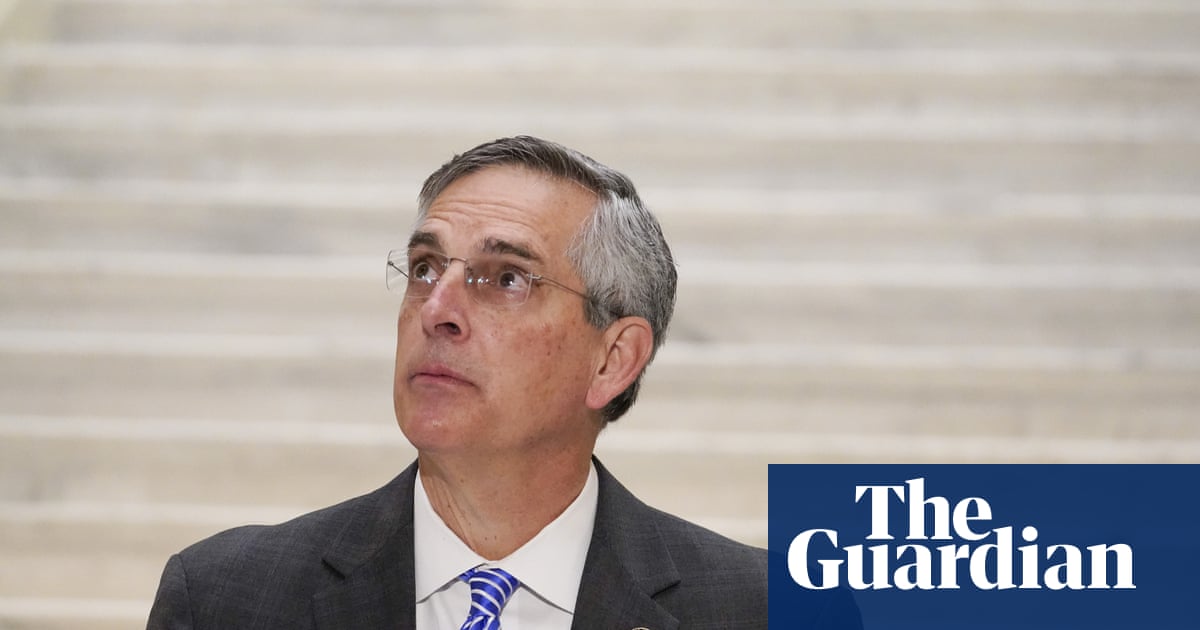 Donald Trump advanced his quest on Monday to purge elected Republicans who refused to go along with his attempt to steal the 2020 presidential election, announcing an endorsement in Georgia in an effort to unseat a key election official.

The secretary of state, Brad Raffensperger, infuriated Trump last year by refusing a point-blank request to fake the presidential election result in Georgia.

“Unlike the current Georgia secretary of state, Jody leads out front with integrity,” Trump said in a statement that repeated his false claims of election fraud and declared his “complete and total endorsement” of Hice.

Two months out of office, Trump has begun an effort to flex his influence with core Republican voters who will decide the party’s nominations in thousands of races across the country next year.

Trump boasted of the effort in an appearance on a podcast hosted by a Fox News contributor, The Truth with Lisa Boothe.

“The fact that I give somebody an endorsement has meant the difference between a victory and a massive defeat,” he said. “They’re all going to win and they’re going to win big.”

Trump has shown a high success rate with endorsements in Republican primaries. He has repeatedly endorsed losing candidates in general election contests, however – including both Georgia US Republican senators, David Perdue and Kelly Loeffler, who were beaten by Jon Ossoff and Raphael Warnock in January, tipping the Senate to Democratic control.

Some Republicans fear Trump’s intervention in primary elections could produce extreme nominees who might be relatively weak in general election contests.

Other Republicans high on Trump’s hitlist include the Georgia governor, Brian Kemp, and Alaska senator Lisa Murkowski, the only Republican senator up for re-election in 2022 to vote to convict Trump at his second impeachment trial.

Raffensperger is the most prominent elected official to be targeted by Trump so far with an endorsement of a challenger. In a phone call after the election, Trump told Raffensperger to “find 11,780 votes” so he could win the state, which no Republican presidential candidate had lost in three decades.

“The people of Georgia are angry, the people in the country are angry,” Trump told Raffensperger in a call Raffensperger recorded. “And there’s nothing wrong with saying, you know, um, that you’ve recalculated.”

In an interview with the Guardian about his decision to defend the election result, Raffensperger said he voted for Trump but would not help him steal the election.

“I’m a conservative Republican. Yes, I wanted President Trump to win,” he said. “But as secretary of state we have to do our job. I’m gonna walk that fine, straight, line with integrity. I think that integrity still matters.”

Since being banned from his longtime social media megaphone, Twitter, for spreading election lies, Trump has tried new methods for getting messages out, in the form of statements e-blasted to reporters – and now, podcast appearances.

Trump told Boothe the new format was better than Twitter.

“We’re sending out releases, they’re getting picked up much better than any tweet,” he said. “When I put out a statement, it’s much more elegant than a tweet, and I think it gets picked up better.”

The poshest place in California's Coachella Valley is The Madison Club. This exclusive gated community in La Quinta is where A-listers and tycoons … END_OF_DOCUMENT_TOKEN_TO_BE_REPLACED

KOROPY, Ukraine — Four men tugged at long strips of fabric to lift a coffin out of the gaping hole in the backyard of a small house. They flung the … END_OF_DOCUMENT_TOKEN_TO_BE_REPLACED