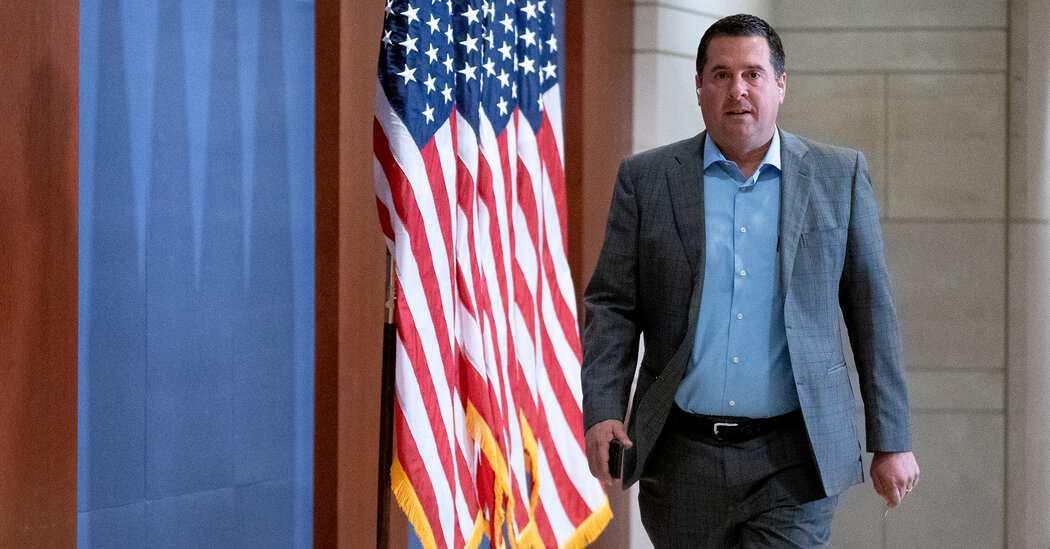 WASHINGTON — The Justice Department under President Trump secretly obtained a grand-jury subpoena last year in an attempt to identify the person behind a Twitter account dedicated to mocking Representative Devin Nunes of California, according to a newly unsealed court document.

But Twitter fought the subpoena, as well as an associated gag order barring the company from talking about it publicly. Twitter executives raised skepticism about whether the Justice Department might be abusing federal criminal law-enforcement power to retaliate against a critic of Mr. Nunes, a Republican who is a close ally of Mr. Trump, in violation of the First Amendment.

Ultimately, according to a person familiar with the matter, the Justice Department withdrew the subpoena this spring, after President Biden took office.

Mr. Nunes used his position to put forward claims that supported Mr. Trump’s contention that the Russia investigation was a “deep state” conspiracy against him.

Twitter’s filing also noted that Mr. Nunes and his lawyer had separately filed a series of lawsuits in efforts to unmask pseudonymous social media users who criticized him, including an account that purported to be the congressman’s cow and the @NunesAlt account.

interstate communications to threaten to injure someone. But the government refused to point to any particular tweet that made a threat.

The company’s filing asked the judge overseeing the matter to take a searching look at the basis for the Justice Department’s motivations in going after the user.

“As the custodian entrusted with the private identifying information that the government seeks, Twitter is concerned the subpoena may not be supported by a legitimate law enforcement purpose, and that therefore, there cannot be any need — let alone a compelling need — for the government to unmask the user,” a lawyer for Twitter wrote in the court motion.

It continued: “As such, Twitter asks that the court engage in a searching analysis of the government’s bases for issuing the subpoena in order to determine whether the subpoena violates the First Amendment and should be quashed.”

The grand-jury subpoena had been obtained by the office of the United States attorney for the District of Columbia. At the time, the office was run on an acting basis by Michael R. Sherwin, who had been installed by Attorney General William P. Barr.

A spokeswoman for that office did not respond to a request for comment or explanation, including whether the underlying investigation remained open. The text of the subpoena, which was attached to Twitter’s court filing, suggested that the inquiry was being run by the Capitol Police, which protect members of Congress.

A spokesman for Mr. Nunes did not respond to a request for comment.

The person who operates the @NunesAlt account appeared to be surprised by the filing, writing in a post on Monday afternoon that there was “nothing remarkable about me” and adding, “So then why am I being sued by a US congressman? Why would the DOJ ever target me? Is it the mean tweets and bad memes?”

Twitter said in a statement that it was “committed to protecting the freedom of expression for those who use our service. We have a strong track record and take seriously the trust placed in us to work to protect the private information of the people on Twitter.”

It’s a property that offers a unique open floor plan—plus a hot tub with a view.“It was a Methodist church located in a historic little area of St. … END_OF_DOCUMENT_TOKEN_TO_BE_REPLACED