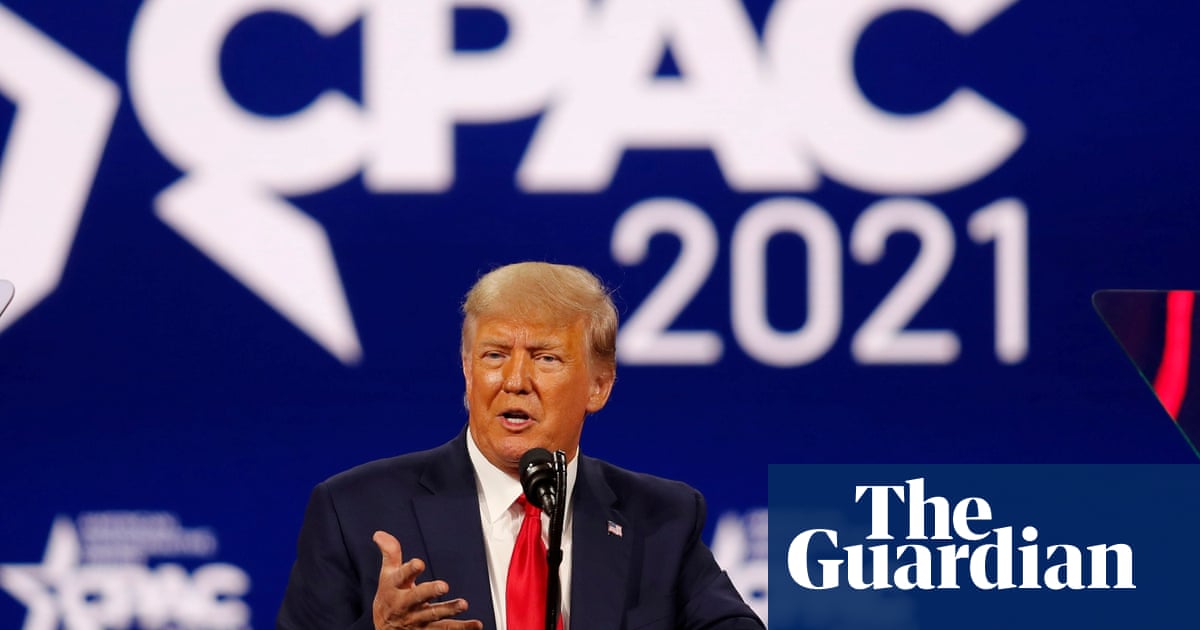 Donald Trump has told the Republican National Committee and other party bodies to stop using his name and likeness in fundraising efforts, it was reported on Saturday.

“President Trump remains committed to the Republican party and electing America First conservatives,” Politico quoted an unnamed adviser to the former president as saying about the legal cease-and-desist notice, “but that doesn’t give anyone – friend or foe – permission to use his likeness without explicit approval.”

The former president felt “burned and abused”, Politico said, detailing the House minority leader Kevin McCarthy’s struggles to manage the former president, even after a January trip to kiss the ring in Florida.

Liz Cheney, the House No 3 Republican, was the most senior of 10 Republican representatives to back Trump’s second impeachment, for inciting the Capitol riot on 6 January. She has faced protests stoked by elected officials and will be challenged for her seat from the right. Others who voted for impeachment are also facing primary fights.

Seven senators voted to convict Trump at trial. That meant he was acquitted a second time, as the 57 guilty votes fell 10 short of the necessary super-majority.

The verdict left Trump, 74, free to run for office again. Though he continues to baselessly claim his defeat by Joe Biden was the result of massive voter fraud, a lie repeatedly thrown out of court and now the subject of legal investigations, he has toyed with running in 2024. He remains the clear favourite in party polls.

His own fundraising based on the “big lie” about electoral fraud proved lucrative, raking in at least $175m. At the Conservative Political Action Conference last week, Trump told attendees they should only donate to his own political action committee, Save America. In the CPAC straw poll, 55% backed Trump to be the next nominee.

The Republican National Committee is led by Ronna McDaniel, a niece of the Utah senator Mitt Romney who dropped Romney from her name after Trump won the White House, reportedly at Trump’s request. Mitt Romney, the 2012 nominee for president, is the only Republican who voted to impeach Trump twice.

Politico said the RNC sent out two emails on Friday, asking donors to put their name on a “thank you card” for Trump.

On Saturday morning, an email trumpeting a “March Fundraising Blitz” claimed “we’ve NEVER been the Party of Elite Billionaires and we NEVER will be” and asked “hard working everyday Americans” to “continue to DEFEND President Trump’s ‘America FIRST’ policies”.

“Privately,” Politico reported, “GOP campaign types say it’s impossible not to use Trump’s name, as his policies are so popular with the base. If Trump really wants to help flip Congress, they argue he should be more generous. His team, however, sees this differently.”

Later on Saturday, the New York Daily News reported that Trump would on Sunday return to the city he called home until 2016 for the first time since losing power. The former president planned to stay till Tuesday, the paper said, though Trump adviser Jason Miller refused to confirm or deny the plans.

Chief Covelli said Mr. Crimo planned the shooting for several weeks, but that the authorities had not yet established what his motive was. “We have no … END_OF_DOCUMENT_TOKEN_TO_BE_REPLACED

Kevin McKenzie and Martine van Hamel were standing in the dining room of their weekend house in Woodstock, N.Y., trying to figure out when they got … END_OF_DOCUMENT_TOKEN_TO_BE_REPLACED