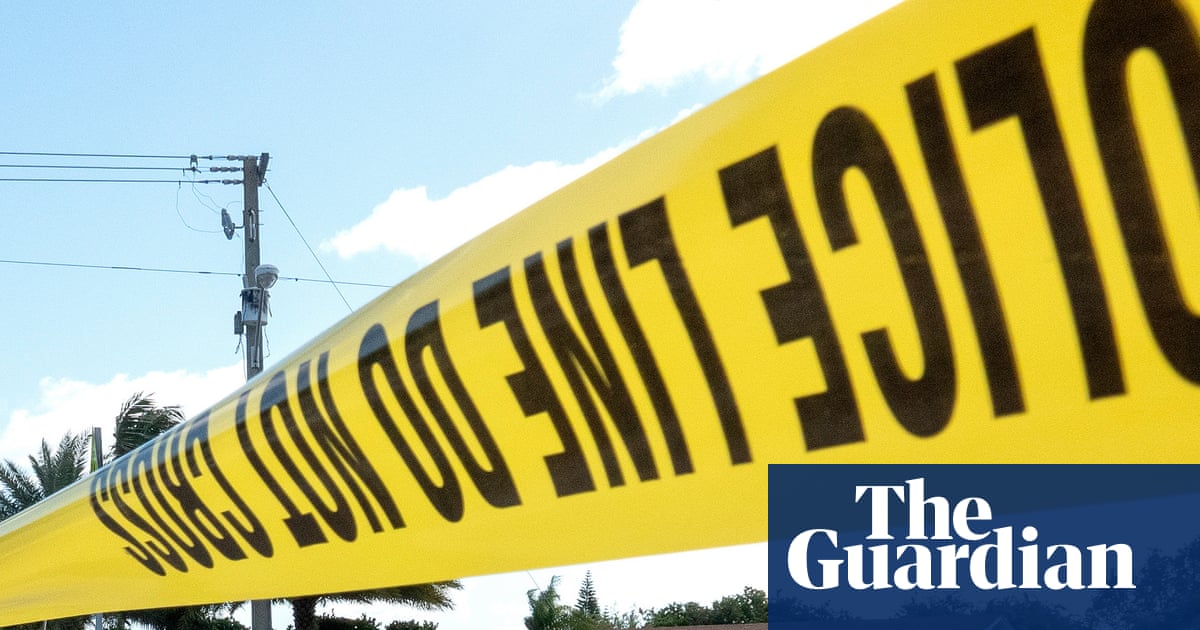 A boy riding in an SUV with his mother died when a small plane struggling to return to a south Florida airport crashed into them on a residential street, officials said.

Two people on the plane died in the crash on Monday afternoon, which was recorded by a neighbor’s security camera. The boy’s mother was injured but authorities said she was released from the hospital later on Monday, the Pembroke Pines fire chief, Marcel Rodriguez, said.

The Beechcraft Bonanza plane had just taken off from North Perry airport in Pembroke Pines and was returning just before 3pm, the fire chief said. He said it may have experienced mechanical issues.

“The car literally looks like it’s just in half,” neighbor Salah Elshaer, who called 911, told WSVN.

“We heard like a bomb, like a tremendous noise, and we went outside, and everything was on fire,” another neighbor, Annabel Fernandez, told the TV station.

The boy’s mother was able to get out of the vehicle and was trying to free her son. Firefighters eventually freed the trapped child and they were taken to the hospital, where the boy died.

A neighbor’s door camera recorded the crash, showing the plane nose-diving into the SUV as the woman was driving down a street. The plane’s wreckage then hurtles along the pavement, leaving a line of flames in its wake. The plane also took out a power line when it crashed, officials said.

The names of the victims were not released. The Federal Aviation Administration and National Transportation Safety Board was investigating the crash.

An affordable center-chimney Colonial in Glastonbury, CT, is the oldest property to hit the market this week on Realtor.com®.Offered at a steep … END_OF_DOCUMENT_TOKEN_TO_BE_REPLACED

Nissan was one of the early pioneers of the electric car. The Leaf has now sold over 600,000 units worldwide since its launch in 2011 and is still … END_OF_DOCUMENT_TOKEN_TO_BE_REPLACED

RUDNE, Ukraine — Yurii Brukhal, an electrician by trade, didn’t have a very dangerous role when he volunteered for Ukraine’s territorial defense … END_OF_DOCUMENT_TOKEN_TO_BE_REPLACED