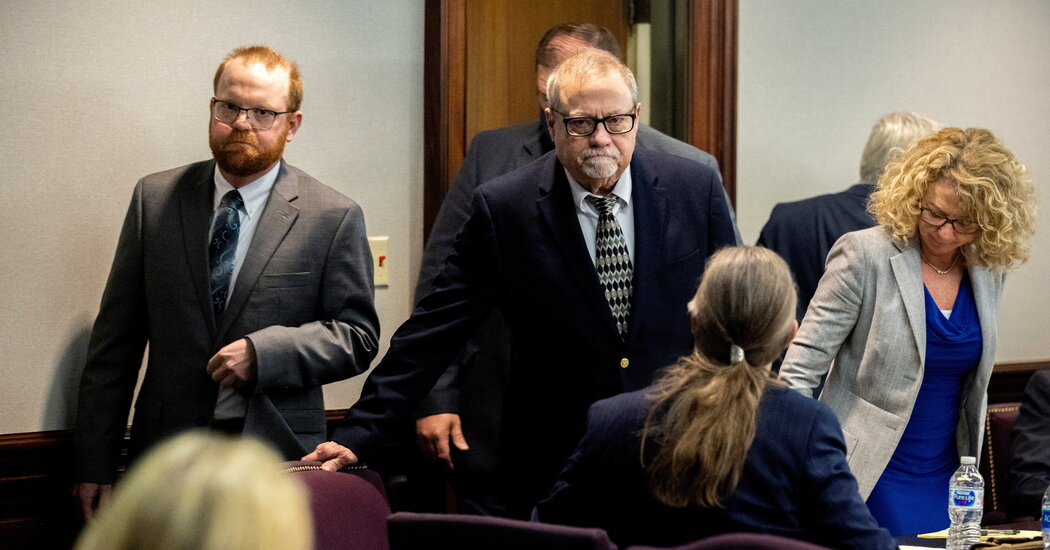 ATLANTA — Before the three men convicted of murdering Ahmaud Arbery were sentenced on Monday on federal hate crime charges, they asked a judge to consider not only the length of the sentences, but also the location, with one lawyer arguing that if her client went straight to Georgia’s dangerous state prison system, he would be subject to “vigilante justice.”

The men did not get what they asked for.

U.S. District Court Judge Lisa Godbey Wood said she had “neither the authority nor the inclination” to send the three white men to federal prison in lieu of the Georgia prison system, where safety issues are so dire that they are the subject of an investigation by the Civil Rights Division of the U.S. Justice Department.

In court on Monday, A.J. Balbo, the lawyer for Gregory McMichael, asked for leniency, noting that his client suffered from heart problems and bouts of depression and anxiety. The lawyer for Mr. Bryan, J. Pete Theodocion, noted that his client, unlike the McMichaels, had not grabbed a gun when he joined the chase. Prosecutors noted, however, that Mr. Bryan had used his truck to block Mr. Arbery as he tried to run out of the neighborhood.

Judge Wood said she had spent a long time thinking about the appropriate sentences for the men. At one point, she referred to the February 2022 federal trial that she presided over, in which all three men were found guilty of federal hate crimes.

It had been a fair trial, Judge Wood said — “the kind of trial that Ahmaud Arbery did not receive before he was shot and killed.”

The three men did not take the stand during their trials. But on Monday, Mr. Bryan apologized to Mr. Arbery’s family: “I never intended any harm to him,” he said.

Travis McMichael declined to address the court. But his father spoke before his sentencing. “The loss that you’ve endured is beyond description,” Gregory McMichael said to the Arbery family. “I’m sure that my words mean very little to you. But I want to assure you, I never wanted any of this to happen.”

The McMichaels were each given extra sentences, to run consecutively rather than concurrently, for their use of firearms in the incident. Mr. Bryan was technically given 447 months, with 27 months off for time served.

“By the time you’ve served your federal sentence, you will be close to 90 years old,” the judge said to Mr. Bryan. “But, again, Mr. Arbery never got the chance to be 26.”

SHERMAN OAKS, Calif.--(BUSINESS WIRE)--When it comes to choosing a property management company, the size of a company often becomes a sticking point … END_OF_DOCUMENT_TOKEN_TO_BE_REPLACED

An alternative way to get Original Medicare coverage, Medicare Advantage plans offer coverage that is equal to or greater than that of Medicare Parts … END_OF_DOCUMENT_TOKEN_TO_BE_REPLACED