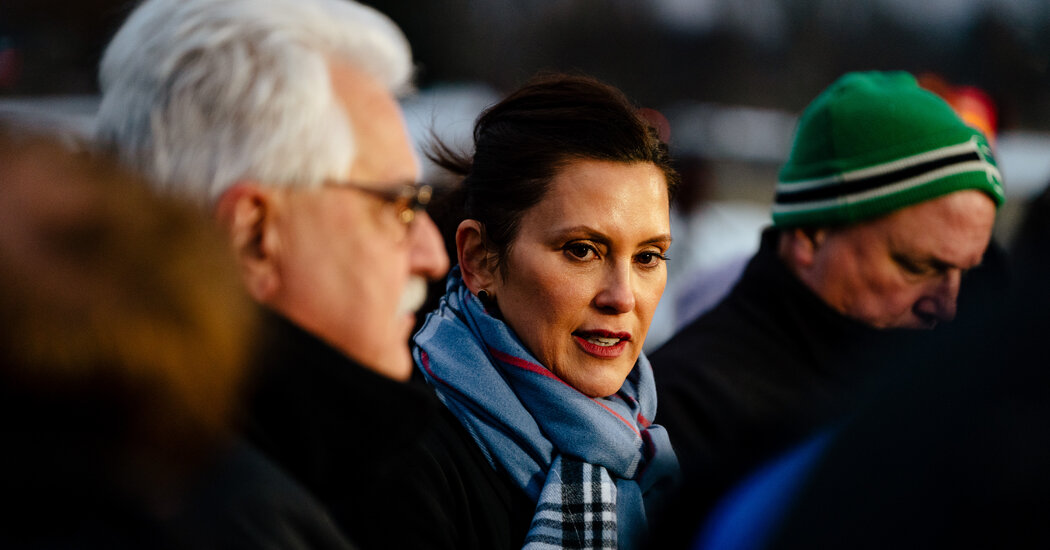 Others have also been charged in connection with the investigation. Two men, Ty Garbin and Kaleb Franks, pleaded guilty before the trial to kidnapping conspiracy and testified against the defendants in the federal case. Eight other men were charged with related crimes in state court.

Outside the courthouse, Andrew Birge, the top federal prosecutor in western Michigan, did not respond when asked directly whether his office would seek a second trial for Mr. Croft and Mr. Fox. But he said in a statement that he was limited in what he could say because “two defendants now await re-trial.”

“Obviously we’re disappointed in the outcome,” Mr. Birge said. He added: “We still believe in the jury system, and really, there’s not too much more I can say at this time. I appreciate the time the jury put in. They listened to a lot of evidence, deliberated quite a bit.”

During weeks of testimony at the federal courthouse in Grand Rapids, prosecutors showed jurors inflammatory social media posts and chat messages from the defendants, and presented audio secretly recorded by Mr. Chappel and other informants. One former co-defendant who pleaded guilty testified that he hoped to set off a chain of events that would prevent Joseph R. Biden Jr. from being elected president and would perhaps foment a civil war.

“That was the whole plan: They wanted to kick that off by kidnapping the governor,” Nils Kessler, a federal prosecutor, said during closing arguments.

But the prosecution’s case was hampered by a lack of clarity on what exactly the men were accused of plotting. No attack ever took place and no final date for an abduction was set, testimony showed. The details of the alleged plan sometimes differed drastically from prosecution witness to prosecution witness.

The F.B.I. informant, Mr. Chappel, said he believed that the group planned to kill Ms. Whitmer, whose handling of the Covid-19 pandemic had infuriated the men. Mr. Garbin, who earlier pleaded guilty in the case, said he thought the group of men might abandon the governor in a boat in the middle of Lake Michigan. Mr. Franks, who also pleaded guilty, told jurors that he had hoped to die in a shootout with the governor’s security detail.

Local officials and housing advocates worry about what the damaged housing stock will mean for people with low wages or fixed incomes. In interviews, … END_OF_DOCUMENT_TOKEN_TO_BE_REPLACED