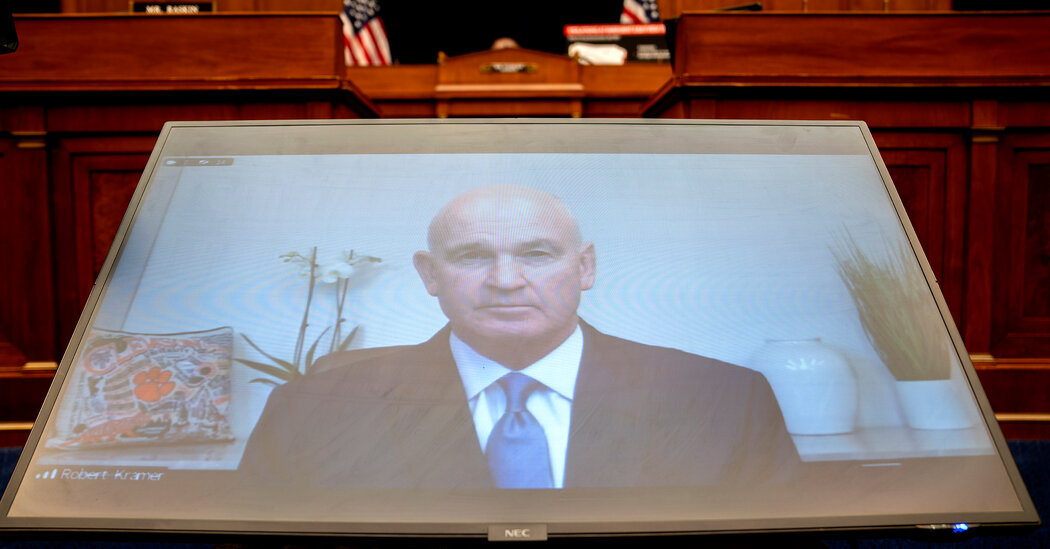 The company, Emergent BioSolutions, disclosed that it had received “preliminary inquiries and subpoenas to produce documents” from the Justice Department, the Securities and Exchange Commission, the Financial Industry Regulatory Authority, the attorneys general of Maryland and New York and committees in both houses of Congress.

The disclosure suggests broadening scrutiny of the politically connected company, which received a $628 million federal contract to be the primary domestic manufacturer of the Johnson & Johnson and AstraZeneca vaccines. Production at a company facility in Baltimore was halted for more than three months after a batch of Johnson & Johnson’s vaccine was found to be contaminated and a subsequent inspection by regulators uncovered serious quality-control problems.

Emergent is already facing a congressional investigation and multiple shareholder lawsuits related to its manufacturing problems. In its disclosure on Friday, the company provided no further detail on the previously unknown requests, but said it was “producing and has produced documents as required in response and will continue to cooperate with these government inquiries.”

resume manufacturing at the Baltimore site, which had been shuttered since April as the company worked to address deficiencies cited by inspectors.

The agency’s decision does not mean that it has broadly authorized Johnson & Johnson to distribute doses made by Emergent on an emergency basis. The F.D.A. signed off on previous batches of vaccine made at the Baltimore factory but with a warning that the agency could not guarantee that the company had followed good manufacturing practices.

In a conference call with investors on Thursday, Emergent executives announced a $41.5 million hit from being forced to discard vaccine doses deemed unusable by the F.D.A., and said the company had spent another $12.4 million to address manufacturing problems at the Baltimore site.

The newly disclosed inquiries from federal and state agencies underscore a dramatic reversal of fortune for a company that had spent much of the last two decades effectively cornering the market for biodefense, becoming the government’s go-to contractor for products to protect against infectious disease outbreaks and terrorist attacks with bioweapons.

You were seeing double this week: A spectacular $54 million compound featuring two equally luxurious mansions separated by a private lake in Southwest … END_OF_DOCUMENT_TOKEN_TO_BE_REPLACED

Taylor Heinicke #4 of the Washington Football Team celebrates after defeating the Seattle Seahawks at FedExField on November 29, 2021 in Landover, … END_OF_DOCUMENT_TOKEN_TO_BE_REPLACED

Members of the Ukrainian Police force, Larisa, 31, and Roman, 30, get married at a wedding hall at an expo center in Kyiv, Ukraine, on … END_OF_DOCUMENT_TOKEN_TO_BE_REPLACED