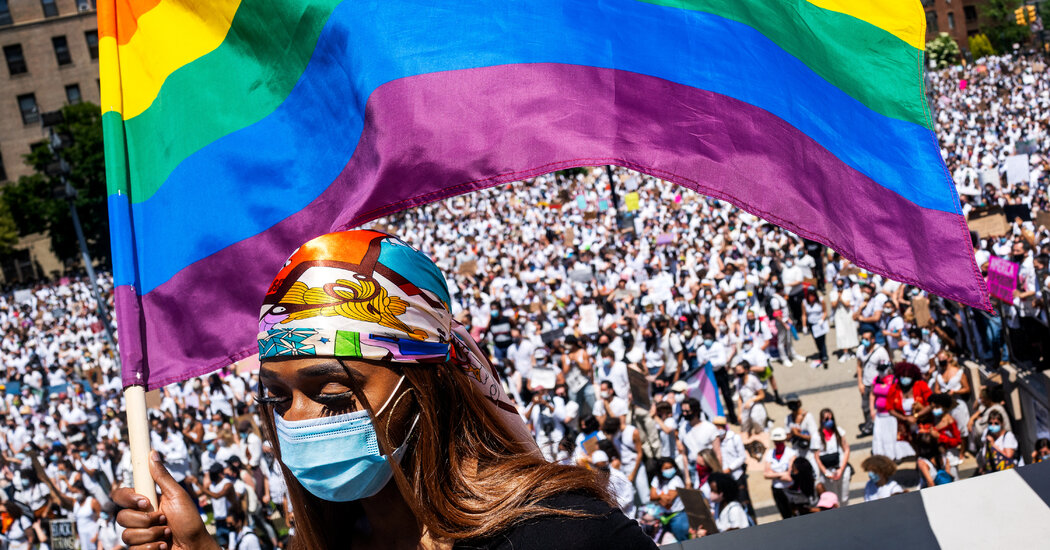 Secretary of State Antony J. Blinken has authorized U.S. diplomatic missions across the world to fly the rainbow pride flag on the same pole as the American flag at embassies and consulates, according to a State Department cable reviewed by The New York Times.

The action reversed a decision by the Trump administration, which rejected requests from embassies to raise it on their flag poles during the month of June, which in the United States and many other countries is Pride month.

According to the cable and a State Department official, Mr. Blinken authorized diplomats to fly the pride flag before May 17, which is the International Day Against Homophobia and Transphobia, and to continue their display at diplomatic outposts through the month of June.

In the cable, Mr. Blinken noted that it was not a requirement and gave chiefs of mission the ability to “determine that such a display is appropriate in light of local conditions.”

removed the banner, though, at the same time the Trump administration ordered it to remove a Black Lives Matter banner.

The decision to display the flag is unlikely to be met with controversy in countries where L.G.B.T.Q. rights are not an issue. But in regions such as the Middle East and North Africa, where many countries outlaw same-sex relationships, displaying the flag could be contentious.

In the cable, which was earlier reported by Foreign Policy, State Department officials were told that when making decisions at their outposts to support L.G.B.T.Q. rights, they should ensure that the policy of “do no harm” is followed in order to prevent a backlash against the local L.G.B.T.Q. population.

Whether you optimistically hope that mortgage rates will decline or are resigned that rates will stay elevated above the historic lows of 2021, you … END_OF_DOCUMENT_TOKEN_TO_BE_REPLACED

A resident of Nikopol, Ukraine, in her backyard last month, with smoke rising from an area on the opposite bank of the Dnipro River. Credit...David … END_OF_DOCUMENT_TOKEN_TO_BE_REPLACED