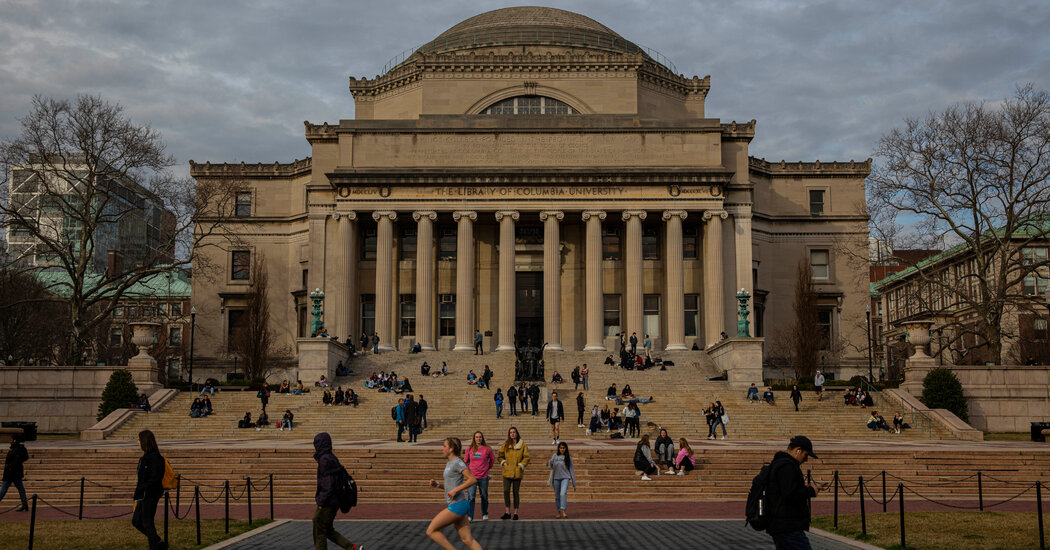 U.S. News & World Report likes to say that it is performing a consumer service when it puts out its annual college rankings. But on Monday, those ratings were again called into question after the publication demoted Columbia University to No. 18 from No. 2 in its newest annual list, after a monthslong controversy over whether the school had fudged its numbers.

The drop suggests that the highly influential rankings — which have been criticized for having an outsize influence on parents and college admissions — can be easily manipulated, since they rely heavily on data submitted by the universities that directly benefit from them.

Columbia’s No. 2 status was not questioned until one of its own math professors, Michael Thaddeus, in a February blog post, accused the school of submitting statistics that were “inaccurate, dubious or highly misleading.” Last week, the university said in a statement that it had miscalculated some data.

the government’s College Scorecard. Where there was no third-party data, U.S. News said, it “assigned competitive set values.”

Robert Morse, chief data strategist for U.S. News, said the formulas for calculating assigned values generally assigned a value below the average score for that indicator. Dr. Thaddeus said the values appeared to be “just a slightly more decorous way of saying they pulled these numbers out of the air.”

found guilty of using fraudulent data between 2014 and 2018 to improve the school’s rankings. In those years, the school’s online M.B.A. program was ranked best in the country.

pulled its education school out of the rankings because of inaccuracies that went back five years.

But Columbia, an Ivy League institution, is probably the most prestigious university in recent memory to be accused of providing incorrect data.

On Friday, just before the new rankings were released, Columbia admitted that it had submitted either “outdated” or “incorrect” data in two of the metrics that go into the ranking, class size and the number of faculty with the highest degrees in their field.

Columbia said the mistakes were a result, at least in part, of the “complexity” of the reporting requirements.

“We deeply regret the deficiencies in our prior reporting and are committed to doing better,” Columbia’s provost, Mary Boyce, said in a statement.

Last year, Columbia said that 100 percent of its full-time faculty had “terminal degrees,” the highest in their field. On Friday, Columbia revised that to about 95 percent.

But as if to prove the potency of the U.S. News rankings, many schools sent out jubilant emails on Monday extolling their ratings. Kettering University in Flint, Mich., announced it had jumped six spots to No. 6 in the Midwest section of the rankings. And the University of California system sent out a news release celebrating that six campuses were among the country’s top public universities.

Danny DeVito and Rhea Perlman have listed their cozy two-bedroom Los Angeles retreat for  $1.55 million.DeVito, who stars in "It's Always … END_OF_DOCUMENT_TOKEN_TO_BE_REPLACED