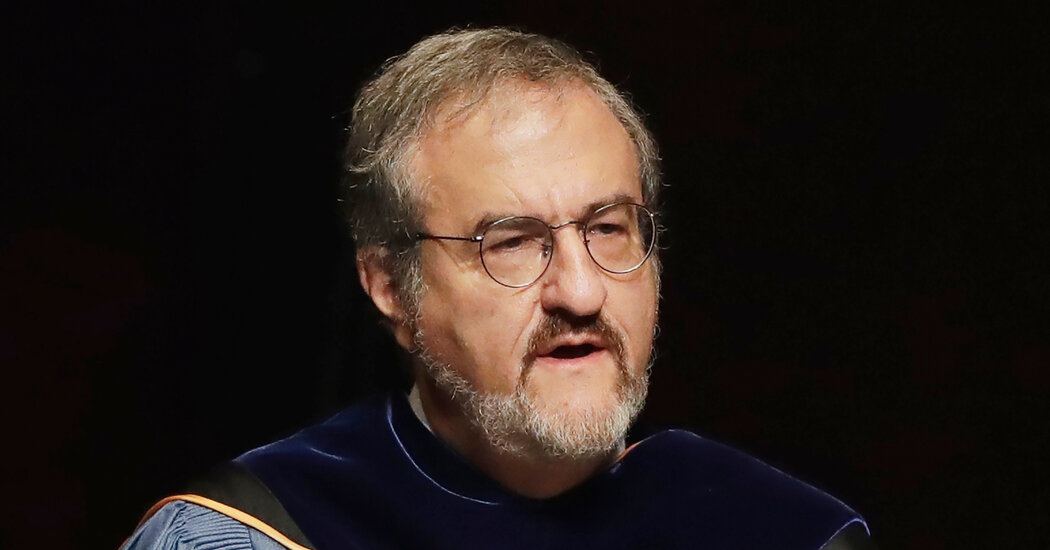 The president of the University of Michigan, Mark S. Schlissel, has been fired for having a relationship with a subordinate that the university’s Board of Regents said violated university policy and was carried out “in a manner inconsistent with the dignity and reputation of the university.”

The board terminated Dr. Schlissel’s employment effective immediately after a special meeting on Saturday, ordering him to return all university property and canceling an agreement that would have continued to pay him his base salary of $927,000 for two years after his contract was supposed to end in 2023.

The board named a former president, Mary Sue Coleman, as interim president.

In a letter to Dr. Schlissel on Saturday informing him that he was being fired, the board said that it had received an anonymous complaint on Dec. 8 that Dr. Schlissel had been involved in an inappropriate sexual affair with a subordinate.

“There can be no question that you were acutely aware that any inappropriate conduct or communication between you and a subordinate would cause substantial harm to the dignity and reputation of the University of Michigan,” the letter said.

letter in August 2020 to the university saying that “the highest priority” was to make the university “safe for all,” the Board of Regents’ letter noted. Mr. Philbert left the school.

Rebekah Modrak, a professor of art and design, sponsored a successful faculty no-confidence vote against Dr. Schlissel in September 2020, primarily because of concerns about pandemic policies. She said that she and other faculty members also believed the administration had not been sufficiently attuned to complaints about sexual assault and harassment on campus.

“For many of us and for me, the reaction was huge relief,” she said of the firing. “Because he has been such an arrogant leader and so dismissing of faculty concerns.”

Dr. Schlissel announced in October that he would resign in June 2023, a year earlier than originally planned but that he would continue working as a special adviser and president emeritus. That contract has been terminated.

AUSTIN, Texas--(BUSINESS WIRE)--As the first multifamily management company to be recognized in the Public Relations and Marketing Excellence Awards, … END_OF_DOCUMENT_TOKEN_TO_BE_REPLACED

There have been whispers of cooling housing and rental prices in the San Francisco Bay Area, but that hasn't yet translated into practical, noticeable … END_OF_DOCUMENT_TOKEN_TO_BE_REPLACED

Cars pass in Independence Square at twilight in Kyiv, Ukraine, Monday, Oct. 31, 2022. Rolling ... [+] blackouts are increasing across Ukraine as the … END_OF_DOCUMENT_TOKEN_TO_BE_REPLACED