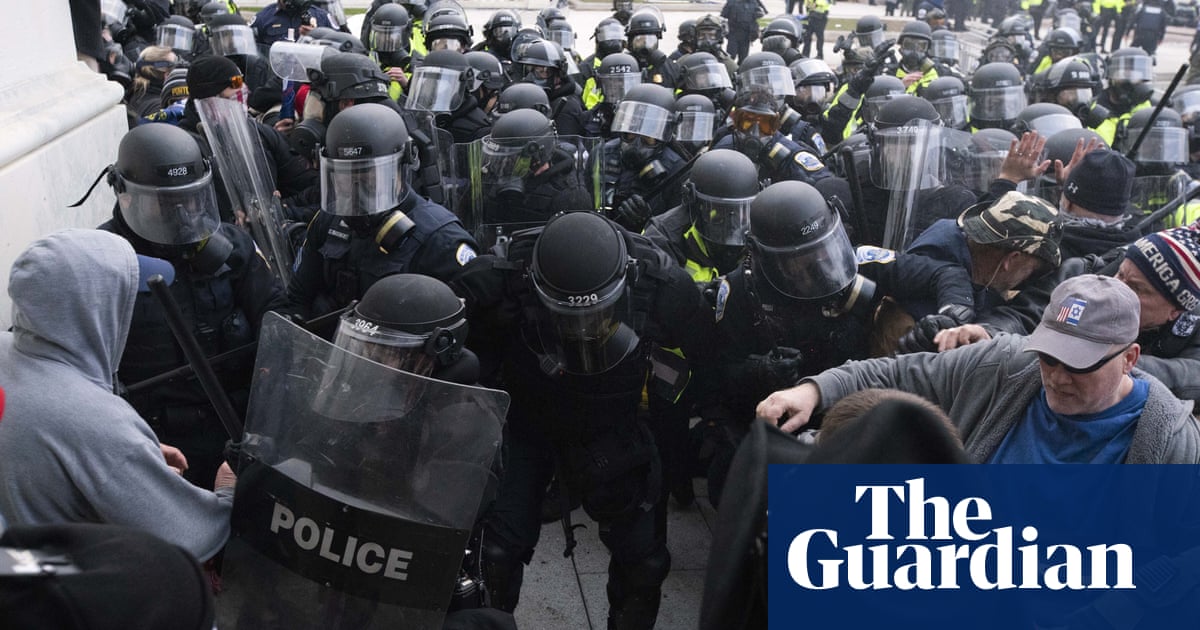 A former state department aide in Donald Trump’s administration has been charged with participating in the deadly insurrection at the US Capitol on 6 January and assaulting officers who were trying to guard the building, court papers show.

It is the first known case to be brought against a Trump appointee in connection with the Capitol attack, which led to Trump’s historic second impeachment.

Federico Klein, who also worked for Trump’s 2016 election campaign, was seen wearing a “Make America Great Again” hat amid the throng of people in a tunnel trying to force their way into the Capitol on the day, the papers say.

Klein pushed his way toward the doors, where, authorities say, “he physically and verbally engaged” with officers trying to keep the mob back.

Klein was seen on camera violently shoving a riot shield into an officer and inciting the crowd as it tried to storm past the police line, shouting: “We need fresh people, we need fresh people,” according to the charging documents.

As the mob struggled with police in the tunnel, Klein pushed the riot shield, which had been stolen from an officer, in between the Capitol doors, preventing police from closing them, authorities say.

Klein was arrested on Thursday in Virginia and faces charges including obstructing Congress and assaulting officers using a dangerous weapon.

He was in custody on Friday and could not be reached for comment.

It was not immediately clear whether he had an attorney who could comment on his behalf. A Trump spokesman said the former president had no comment.

More than 300 people have been charged with federal crimes relating to the deadly riots that day.

Klein became a staff assistant in the state department shortly after Trump’s inauguration in 2017, according to a financial disclosure report.

He held a top secret security clearance that was renewed in 2019, according to the court papers.

Klein reportedly worked in the office of Brazilian and Southern Cone affairs, according to the court papers.

You were seeing double this week: A spectacular $54 million compound featuring two equally luxurious mansions separated by a private lake in Southwest … END_OF_DOCUMENT_TOKEN_TO_BE_REPLACED