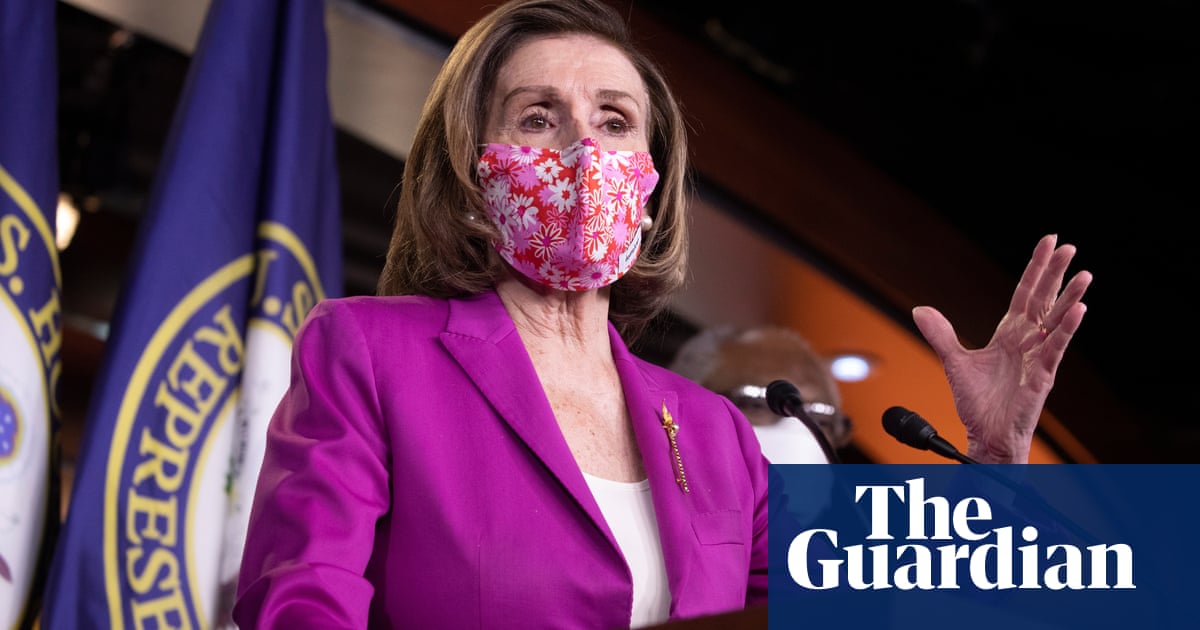 The House of Representatives is poised to give final approval to Joe Biden’s sweeping $1.9tn coronavirus stimulus and relief plan, a giant aid package the president has said is critical for lifting the US out of the pandemic and reviving its battered economy.

If passed by the House on Wednesday, as Democratic leaders expect, the first major legislative initiative of Biden’s presidency will rush assistance to families struggling under a year-long public health crisis and provide the most generous expansion of aid to low-income Americans in a generation.

It will send direct payments of up to $1,400 to most Americans, expand aid to state, local and tribal governments, provide federal subsidies for those struggling to afford health insurance, housing and food and deliver money to boost Covid-19 vaccine distribution and testing and to safely reopen schools.

Economists predict that as one of the largest emergency rescue packages in American history, the American Rescue Plan (ARP) will accelerate economic recovery, boosting growth to levels not seen in recent decades and dramatically reducing numbers living in poverty.

According to one estimate, the ARP could cut child poverty by as much as half, through an expansion of a tax credit for families with children that many Democrats want to make permanent.

House Democrats, who hold a slim majority, were confident the measure would pass on Wednesday morning, despite changes made in the Senate that threatened to alienate some progressives.

The New York congressman Hakeem Jeffries, the House Democratic Caucus chair, said he was “110% confident” of success. Once passed by the House, the bill will be sent to Biden for signature.

The Senate passed the bill on Saturday in a 50-49 vote, Democrats overcoming unified Republican opposition and a last-minute objection by Joe Manchin of West Virginia, a member of their own party.

The package before the House on Wednesday was narrower than Biden’s initial proposal, which included progressive priorities subsequently either stripped out or scaled back to appease moderates like Manchin, who echoed Republicans with concerns that the infusion of aid was too big in an economy showing signs of revival.

A provision to raise the federal minimum wage to $15 an hour was deemed inadmissible under a budget process Democrats used to bypass Republican opposition.

The Senate-approved version tightens eligibility for stimulus checks and restructures a proposal for unemployment benefits that Biden hoped to raise to $400 a week. Under the new plan, unemployment benefits will remain at $300 a week but will be extended through the beginning of September, rather than August. The first $10,200 of supplements from 2020 will be made tax-free.

Though disappointed with some of the amendments, Congresswoman Pramila Jayapal, chair of the Congressional Progressive Caucus, called them “relatively minor concessions” and said the overall package remained “truly progressive and bold”.

Republicans say the plan is excessive and mismatched to the economic and public health outlook, as more Americans are vaccinated and states move to reopen businesses and schools. They have also revived concerns the package will grow the national debt, worries they set aside under Donald Trump.

“We know for sure that it includes provisions that are not targeted, they’re not temporary, they’re not related to Covid and it didn’t have to be this way,” said the Wyoming congresswoman Liz Cheney, House Republican Conference chair. “We could have had a bill that was a fraction of the cost of this one, it could have gotten bipartisan approval and support.”

The extraordinary price tag is just shy of the $2.2tn coronavirus relief bill signed into law by Donald Trump at the onset of the pandemic last March. It will be the sixth spending bill Congress has enacted to address the devastation wrought by the twin public health and economic crises, and is poised to be the first to pass without bipartisan support despite Biden’s campaign promise to work with Republicans.

Yet the lack of consensus in Washington belies its popularity with voters across the political spectrum and local and state officials of both parties. Encouraged by polling that shows broad public support for the bill, Biden and Democrats have argued that the plan is bipartisan.

Final passage of the bill will come a day before Biden is due to deliver his first primetime speech on Thursday, marking the first anniversary after the introduction of sweeping public health measures to try to control the spread of the Covid-19 virus that has killed nearly 525,000 Americans and battered the economy.

Although vaccine distribution is ramping up dramatically and the economy is showing some signs of improvement, Democrats say the recovery is precarious and uneven, and that low-income Americans still need help. Millions of Americans remain unemployed with the poorest hit hardest.

“This not only gets us to the other side of this crisis, it really starts healing the wounds that have been caused by this crisis,” said Steny Hoyer, the House Democratic majority leader.

After Biden signs the bill into law, he and other top officials will continue to promote the plan to the American public, part of a push by the new administration to ensure Democrats receive credit for an economic recovery ahead of the 2022 congressional midterm elections.

“We certainly recognize that we can’t just sign a bill,” the White House press secretary, Jen Psaki, told reporters on Tuesday. “We will need to do some work and use our best voices, including the president, the vice-president and others, to communicate to the American people the benefits of this package.”

In a departure from his predecessor, Biden’s signature will not appear on the memo line of the stimulus checks sent to Americans, Psaki said. “This is not about him,” she added. “This is about the American people getting relief.”

Chief Covelli said Mr. Crimo planned the shooting for several weeks, but that the authorities had not yet established what his motive was. “We have no … END_OF_DOCUMENT_TOKEN_TO_BE_REPLACED

Kevin McKenzie and Martine van Hamel were standing in the dining room of their weekend house in Woodstock, N.Y., trying to figure out when they got … END_OF_DOCUMENT_TOKEN_TO_BE_REPLACED