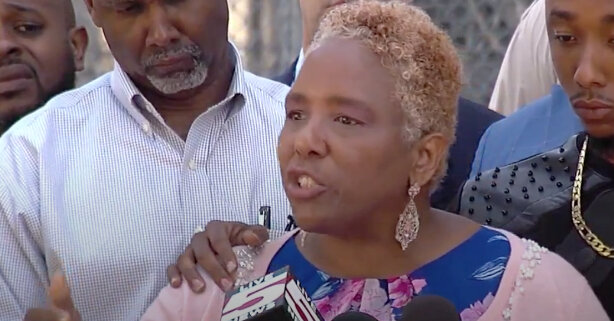 Mr. Sutherland had been taken to a mental health facility, Palmetto Lowcountry Behavioral Health, but was arrested there on Jan. 4, the day before he died, after a fight broke out. Workers at the mental health center told responding officers that Mr. Sutherland had assaulted a staff member. He and another patient were arrested on the charge of third-degree assault and battery, according to the Charleston Post and Courier newspaper.

Mr. Sutherland was taken to a Charleston County jail facility, the Al Cannon Detention Center. Video of Mr. Sutherland on the day of his arrest shows him in obvious distress, screaming “Let go of me” at officers and speaking of conspiracies, including references to the Illuminati, groups — real and fictitious — dating back centuries and said to have special knowledge.

The next morning, Sergeant Fickett and Deputy Houle went to Mr. Sutherland’s cell intending to take him to court for a bond hearing. The surveillance and body camera footage of their efforts was released by the Charleston County sheriff, Kristin Graziano, who said she had waited to release it until she received the blessing of Mr. Sutherland’s family.

The video shows deputies repeatedly asking Mr. Sutherland, who is yelling in his cell, to come to the door and cooperate. At one point a deputy notes that medical personnel are standing by as the extraction process begins.

The deputies release pepper spray in Mr. Sutherland’s cell twice, each time closing the door, and urging him to come out. Then they open the door and begin shouting at him to get down, turn on his stomach and begin sliding toward the door.

Although a camera angle does not give a clear view of the cell, Mr. Sutherland appears to be moving slowly on the ground toward the door, but not turned on his stomach. “That’s as far as I’m turning,” he says at one point.

A deputy tries to handcuff him, and at this point, the video shows Mr. Sutherland yelling and thrashing as the deputies struggle to subdue him. Hit with a Taser, his body begins to writhe on the ground as he is shocked by electric charges. A deputy’s knee is on his back. “I can’t breathe,” Mr. Sutherland says.

The Seattle Seahawks are very much still in the running for Baker Mayfield. (Photo by Stacy ... [+] Revere/Getty Images) Getty Images The Seattle … END_OF_DOCUMENT_TOKEN_TO_BE_REPLACED

(CNN) — Kim Kyung-seop recalls going to cheap bars after class with his friends, where they binged on as much makgeolli as possible. "You know the … END_OF_DOCUMENT_TOKEN_TO_BE_REPLACED