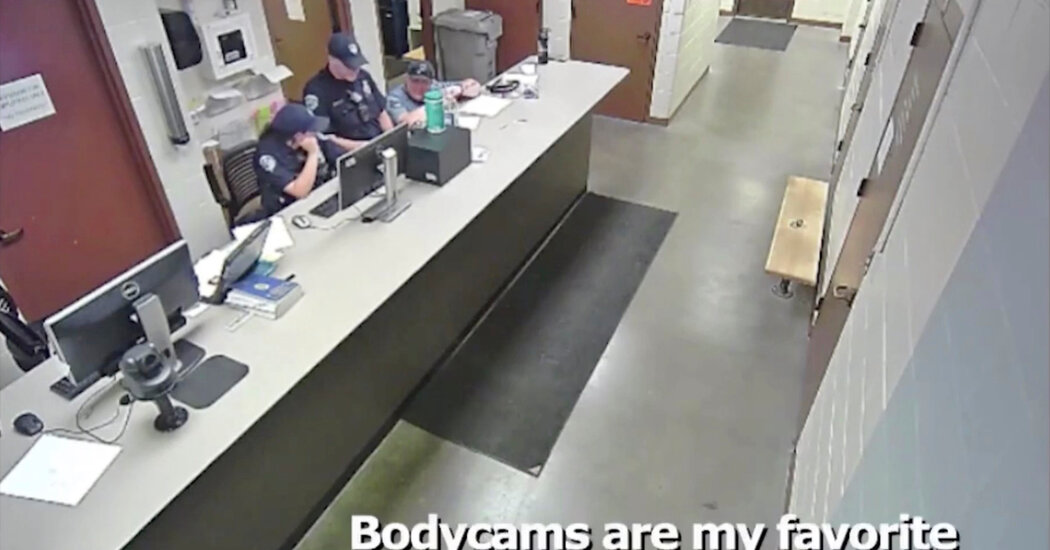 A video released this week shows Colorado police officers laughing at footage of their department’s roadside arrest of a 73-year-old woman with dementia.

The woman, Karen Garner of Loveland, Colo., walked out of a Walmart last year without paying for $13.88 worth of items. Police officers broke a bone in her arm and dislocated her shoulder, according to a lawsuit she filed against the city and the officers.

“Hear the pop?” one officer says.

“What did you pop?” asks another.

“I think it was her shoulder,” the first officer responds.

“LPD takes very seriously the allegations concerning the arrest of resident Karen Garner, and shares with the community the concerns about video images that became public,” the department said.

said that it had learned of the allegations of “excessive use of force and serious bodily injury” the day before and had not received any previous complaints about the arrest.

The department said it had placed Officer Hopp on administrative leave. Officer Jalali and Sergeant Metzler were put on desk duty.

The episode has reverberated through the city, about 45 miles north of Denver, prompting several investigations into the department’s use-of-force and training protocols.

The district attorney for Larimer County, Gordon P. McLaughlin, said last week that he had requested a criminal investigation, to be assisted by the U.S. Attorney’s Office for the District of Colorado and the F.B.I.

The city of Loveland announced a separate investigation into whether the officers had followed policy.

Dr. Connolly and Dr. Mott live in the North Baltimore neighborhood of Homeland, known for its strong public schools and colonial architecture, which … END_OF_DOCUMENT_TOKEN_TO_BE_REPLACED