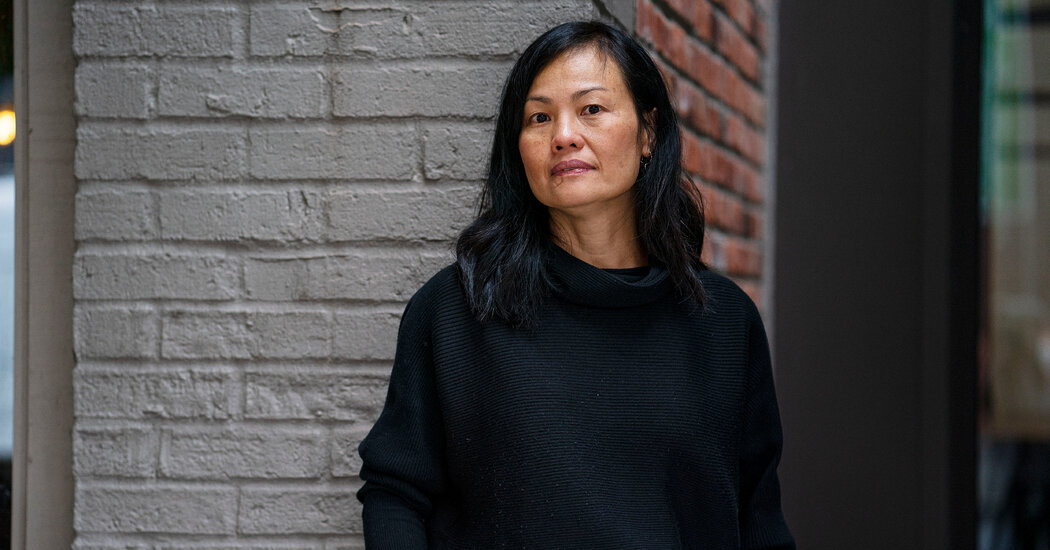 In the middle of the night, Uyen Nguyen trudged through a grassy marshland with her mother and three siblings until they reached the edge of the ocean, where a small, dilapidated fishing boat was beached on the sand. It set off with 31 people packed on it.

It was 1985, a decade after Saigon had fallen, and their final attempt at fleeing Vietnam. Days later, the boat’s engine sputtered out, stranding the passengers at sea for about a month and forcing them to catch rainwater to sustain themselves. Ten people died, including Ms. Nguyen’s mother and two of her siblings. The others, including Ms. Nguyen, 10, and her 15-year-old brother, were rescued by fishermen and taken to a refugee camp in the Philippines.

Ms. Nguyen thought of that escape after seeing images of Afghans crammed on U.S. military planes in August, desperate to leave a country ravaged by a decades-long war. The unmistakable parallels, she said, have compelled her to help Afghans whose situation is similar to what she experienced.

the Afghan government collapsed, Ms. Nguyen texted a group of friends and proposed starting an organization that would recruit Vietnamese American families to host the Afghans streaming into the Seattle area. The five friends founded Viets4Afghans, which initially aimed to enlist 75 families — a nod to the year Saigon fell. More than 100 have volunteered.

re-education camp for six months following the war’s end. Like other allies of American forces, he was targeted for reprisal. He escaped by boat in October 1978, making it to Malaysia before arriving in Olympia, Wash.

Ms. Tan’s parents would often tell her stories about the Americans who helped them find jobs and resettle. Some befriended her parents, inviting them to their homes and offering meals. Vietnamese people who had resettled in America earlier also helped her father find work cleaning restaurants and schools while he took community college classes.

Her group now hopes to do the same for Afghans arriving with few belongings or relatives in the country. Although Ms. Tan acknowledged that there are clear differences between the two wars, she said there was a shared experience among the refugees.

“We understand the experience of what Afghans are going through in a way that very few others can,” she said.

“This is a land of opportunity,” she told him. “Just work hard. Your American dream will be fulfilled.” She said her father worked as a mechanic to support his six children through college.

Ms. Ho recalled the difficulties of picking up English when she first moved, but told Mr. Sediqi that his children would probably be able to learn the language quickly because they were much younger than she was.

In Springboro, Ohio, Daklak Do has pledged to hire at least 15 Afghan refugees at his company, Advanced Engineering Solutions, which supplies tools and equipment for the automotive and aerospace industries.

Mr. Do, 65, fled Vietnam in 1980 by boat with his brother and nephew. After spending two years in a refugee camp in Indonesia, he arrived in Ohio and got a job as a dishwasher at a Bob Evans restaurant. He said he wanted to “return the favor” to Americans who accepted him decades ago.

“They gave me an opportunity to go school, to open my own business,” he said. “I really appreciate that, and that’s why I want to return that to the people who are just like I was.”

raised about half of its $40,000 goal, said Minh-Thu Pham, a board member of the group. The organization will also provide career mentorship to Afghans through a partnership with Upwardly Global, a nonprofit that helps immigrants and refugees enter the work force.

Vietnamese-language channel last month. The concert, which featured performances from Afghan and Vietnamese singers, raised more than $160,000, he said. The money will be split between the Afghan Literacy Foundation and the Lutheran Immigration and Refugee Service.

Mr. Nguyen, a well-known M.C. in Huntington Beach, Calif., said the American withdrawal in Afghanistan reminded him of the anguish he felt in 1975 after leaving behind his family in Vietnam, days before Saigon fell.

His sister, who had worked for the U.S. government, was supposed to be evacuated along with their parents and nine other siblings. Mr. Nguyen, a war correspondent for the South Vietnamese military, was meant to stay.

On April 25, Mr. Nguyen’s friend, a high-ranking government official, persuaded Mr. Nguyen to accompany him to Tan Son Nhat airport. Mr. Nguyen initially protested. He had no documents, he said, and he probably would not be allowed through. His friend insisted he come anyway. Mr. Nguyen did get into the airport, and his friend told him to stay so he could reunite with his family.

Mr. Nguyen waited for his family to arrive, scanning bus after bus carrying evacuees. Days later, a U.S. Marine warned that the Communists would soon attack and that he should take the next flight out. Although his family had yet to appear, Mr. Nguyen boarded a plane at midnight on April 28. He stayed at a refugee camp in Guam before moving to California.

the last plane depart from Kabul, recalling how he left on one of the last flights out of Vietnam.

“That is why Vietnamese people want to help out,” he said. “Because it is the same pain that we went through.”

Target has added new brands to its beauty department. At a growing number of stores, it also has mini Ulta Beauty shops with prestige brands.Melissa … END_OF_DOCUMENT_TOKEN_TO_BE_REPLACED

Just a few months ago, builders couldn't put homes up fast enough to appease the hordes of eager buyers. They boasted about lengthy waitlists, even … END_OF_DOCUMENT_TOKEN_TO_BE_REPLACED