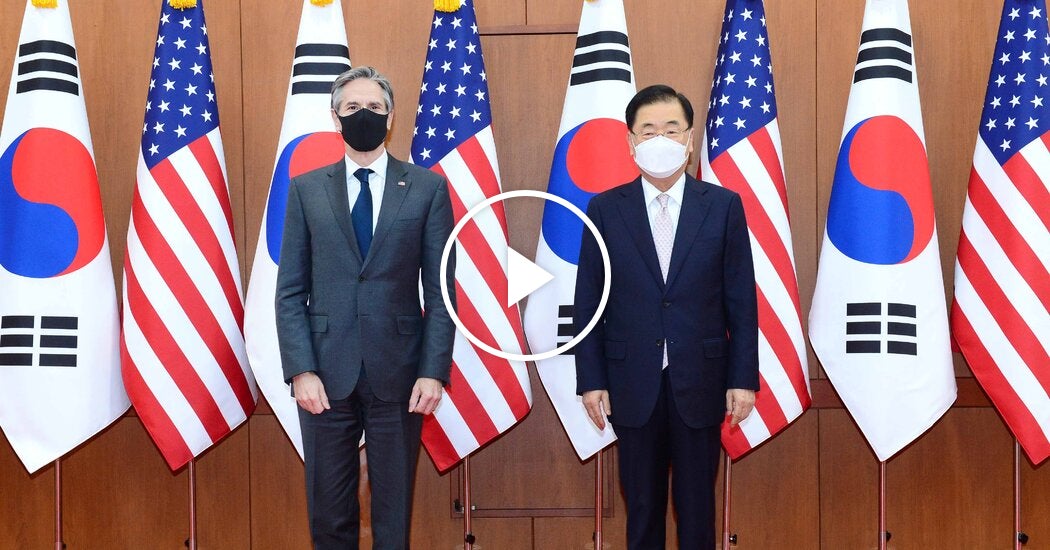 ‘Violence Has No Place in America,’ Blinken Says on Atlanta Killings

Secretary of State Antony J. Blinken condemned the shootings in Atlanta during an appearance at a security conference in Seoul on Wednesday. He noted in his speech that four of the eight victims of the attack were of Korean descent.

I want to mention the attack that happened just a few hours ago in Atlanta, in which several women were killed, including, we believe, four women of Korean descent. We are horrified by this violence, which has no place in America or anywhere for that matter. And I want to offer our deepest condolences to the families and friends of those who died, everyone in the Korean community who was shaken, and deeply disturbed by this incident. We are as well, and we will stand up for the right of our fellow Americans, Korean-Americans to be safe, and be treated with dignity and respect.

Chief Covelli said Mr. Crimo planned the shooting for several weeks, but that the authorities had not yet established what his motive was. “We have no … END_OF_DOCUMENT_TOKEN_TO_BE_REPLACED

Kevin McKenzie and Martine van Hamel were standing in the dining room of their weekend house in Woodstock, N.Y., trying to figure out when they got … END_OF_DOCUMENT_TOKEN_TO_BE_REPLACED