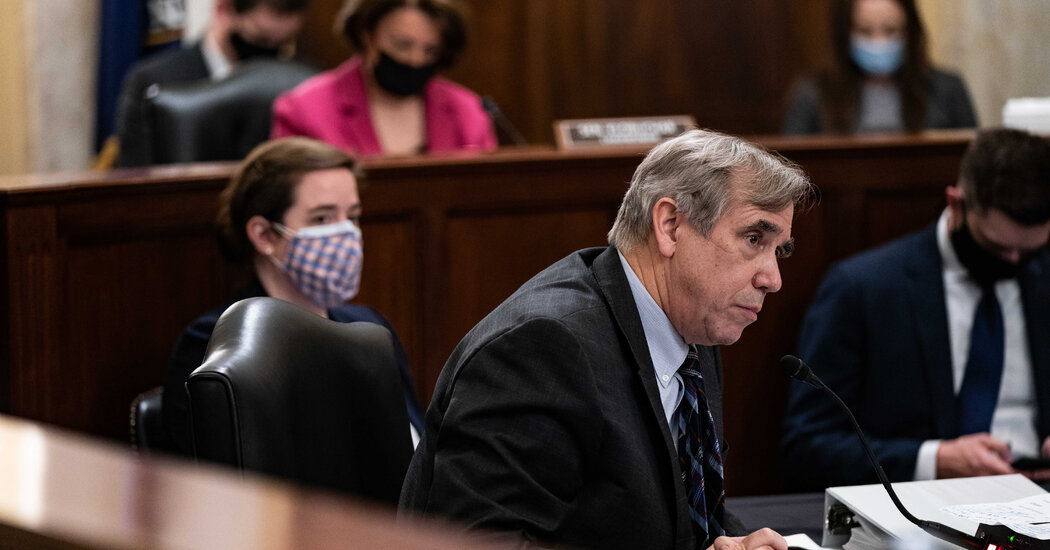 Its ethics provisions go beyond the executive branch. It would require the entire federal judiciary, including Supreme Court justices, to create a code of ethics within a year of the bill’s enactment. It would tighten reporting and other rules governing lobbying on behalf of foreign governments.

For Congress, the bill would impose fuller disclosure of lawmakers’ outside income, require congressional candidates to disclose whether individual campaign donors are lobbyists, prohibit House members from serving on the boards of for-profit companies, and bar House and Senate members and their staff aides from working to advance legislation that would benefit their or their families’ personal financial interests. It would also bar lawmakers from using taxpayer money to pay damages awarded in discrimination and sexual misconduct cases.

“It’s critically important that the For the People Act remain big, bold and together,” said Aaron Scherb, the director of legislative affairs for Common Cause, one of several groups working with Democrats on the bill, adding, “People don’t want piecemeal solutions to comprehensive problems.”

But insisting on it all, at this point, could mean getting nothing, and talk is percolating that the ethics measures should not be allowed to die with the broader bill. Danielle Brian, the executive director at the Project on Government Oversight, says the group has been working on salvaging some of the bill’s ethics proposals, some which might not need Congress at all.

“We are focusing on pushing those ethics reforms that are in the bill that the Biden administration could be implementing without legislation, right away,” she said.

For example, the group has been pressing for the creation of a centralized records database on the Office of Government Ethics public website that would open financial and other disclosures filed by executive branch nominees to greater scrutiny. Mr. Stier said the Partnership for Public Service had thrown its weight behind another Trump corrective, the Accountability for Acting Officials Act, which would prohibit acting agency chiefs from serving more than 120 days, and would require acting inspectors general to possess relevant qualifications.

Ms. Brian’s group has advocated several ethics proposals contained in a separate, expansive ethics bill, the Protecting Our Democracy Act, which is being updated in the House. It, too, would require candidates for president to release 10 years of tax returns, while beefing up protections for whistle-blowers and inspectors general, barring presidents from pardoning themselves and prohibiting presidents and vice presidents from receiving gifts, called emoluments in the Constitution, from foreign nations without congressional consent. The bill defines emoluments to include payments arising from commercial transactions, clarifying vague constitutional language that Mr. Trump and his family ignored as they profited from his presidency.

AUSTIN, Texas--(BUSINESS WIRE)--As the first multifamily management company to be recognized in the Public Relations and Marketing Excellence Awards, … END_OF_DOCUMENT_TOKEN_TO_BE_REPLACED

There have been whispers of cooling housing and rental prices in the San Francisco Bay Area, but that hasn't yet translated into practical, noticeable … END_OF_DOCUMENT_TOKEN_TO_BE_REPLACED

Cars pass in Independence Square at twilight in Kyiv, Ukraine, Monday, Oct. 31, 2022. Rolling ... [+] blackouts are increasing across Ukraine as the … END_OF_DOCUMENT_TOKEN_TO_BE_REPLACED