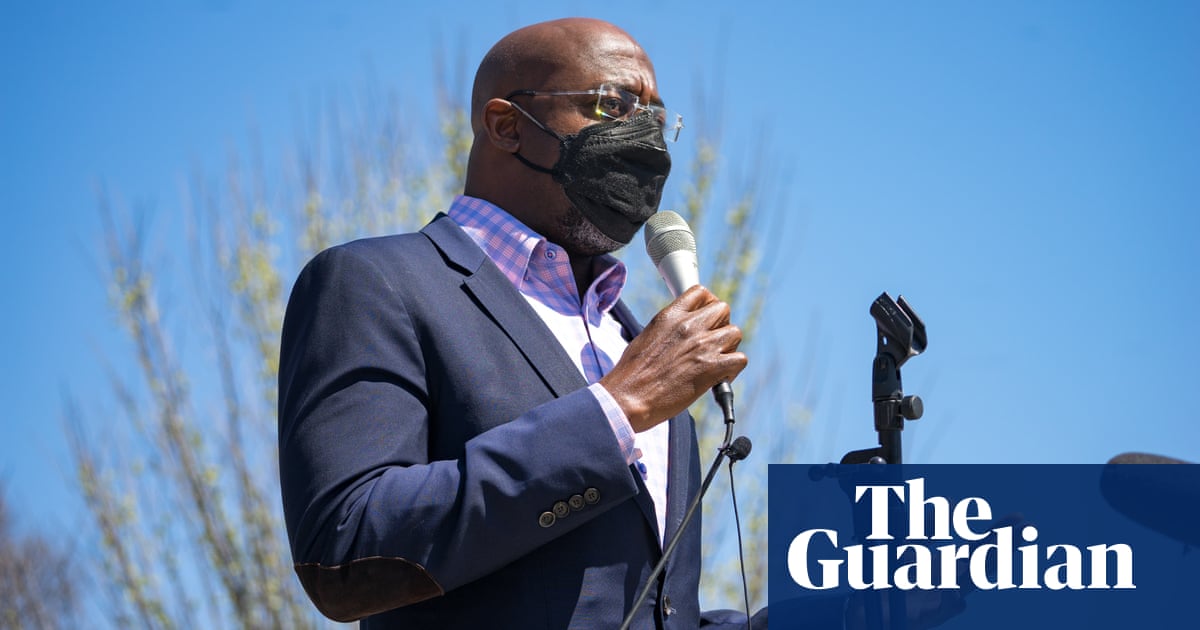 The Georgia Democratic senator the Rev Raphael Warnock delivered a challenge to Joe Biden on Sunday to prioritize the fight against voter suppression, telling the US president: “We have to pass voting rights no matter what.”

Controversial legislation introducing sweeping new restrictions on voting was signed into law by Georgia’s governor, Brian Kemp, last week, the spearhead of an apparent effort by Republicans in dozens of states to dramatically curtail access to the electoral process for Black and other minority voters, who lean Democrat.

The president has slammed Georgia’s move as “un-American” and “Jim Crow in the 21st century,” a reference to laws enforcing racial segregation following the civil war.

But some supporters are worried that his fledgling administration appears more concerned about passing a $3tn economic package focused on infrastructure than tackling what Warnock calls “an assault on democracy”.

The John Lewis Voting Rights Act that Warnock addressed in his first speech on the Senate floor in January would allow courts to block new election legislation by states perceived to violate federal law and impose greater federal oversight on the electoral process.

The second, the For the People Act that has already passed the House, would require states to provide at least 15 days of early voting, allow universal access to mail-in voting, permit election day voter registration and create a national holiday for voting.

Both bills face an uncertain fate in the US Senate, which has created a furious debate over whether Democrats should remove the filibuster and eliminate the 60-vote requirement for passage.

Biden on Sunday urged Congress to pass the two bills, tweeting: “We need to make it easier for all eligible Americans to access the ballot box and prevent attacks on the sacred right to vote.”

The backlash in Georgia was immediate to Kemp’s Thursday afternoon signing of the legislation that imposes stricter ID voter requirements, limits the availability of ballot drop boxes and shortens the time for voters to request and return mail-in ballots.

A Black Democratic state assembly member, Park Cannon, was arrested by Georgia state troopers for knocking on Kemp’s locked door while the signing took place in private. Demonstrators took to the streets of Atlanta on Saturday to support Park.

Meanwhile, the editorial board of the Atlanta Journal Constitution newspaper accused state leaders of “marching backward into history”.

“People … will see these voting access restrictions for what they really are: a house built hurriedly on shifting sands of lies. Verifiable facts or statistics are not part of the foundation for the unwarranted package of changes rapidly signed into law Thursday behind closed doors,” the editorial stated, referring to Donald Trump’s false allegations of fraud in the presidential election in Georgia.

Nikema Williams, a Black newly elected US congresswoman for Georgia, told CNN on Sunday she believed that the victories of the state’s new Democratic US senators, Warnock and Jon Ossoff, following Biden’s November defeat of Trump in a traditionally red state, had fueled a desire for revenge.

“Republicans are pushing back and they’re upset that we were able to win,” she said. “And so they’re going to do everything in their power right now to restrict access to people who mainly look like me from voting.”

Kemp incurred the former president’s wrath in December for failing to support his lies about a stolen election, but has since stated he would back Trump for another White House run in 2024.

Kemp sparked outrage last week by signing the new state legislation in front of a painting of a slavery-era plantation building, and surrounded only by white men.

“I gasped,” Kimberley Wallace, whose family members labored at the plantation for generations, dating back to sharecropping and slavery, told CNN. She said the moment was “very rude and very disrespectful to me, to my family, to Black people of Georgia”.

Kevin McKenzie and Martine van Hamel were standing in the dining room of their weekend house in Woodstock, N.Y., trying to figure out when they got … END_OF_DOCUMENT_TOKEN_TO_BE_REPLACED