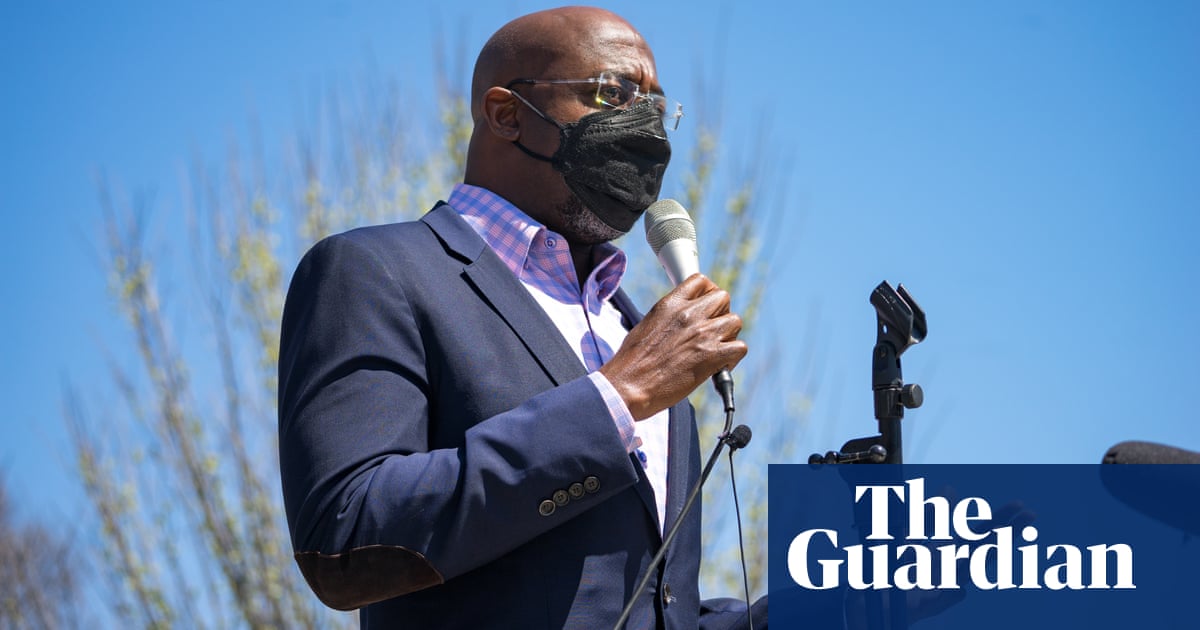 Law enforcement officials including the director of the FBI have said the shootings in Atlanta in which eight people were killed do not appear to have been racially motivated, but the Georgia senator Raphael Warnock said on Sunday: “We all know hate when we see it.”

Six women of Asian descent, another woman and a man were killed on Tuesday, in a shootings at spas in the Atlanta area.

Robert Aaron Long, a 21-year-old white man, was charged with the murders. He told police his actions were not racially motivated, and claimed to have a sex addiction.

Speaking to NPR on Thursday, the FBI director, Christopher Wray, said: “While the motive remains still under investigation at the moment, it does not appear that the motive was racially motivated.”

But such conclusions are rejected by protesters who see a link to rising attacks on Asian Americans in light of the coronavirus pandemic, which originated in China, and racially charged rhetoric from former president Donald Trump and others.

Warnock, a Democrat, took office in January as the first African American elected to the US Senate from Georgia. On Saturday he and his fellow Democratic senator Jon Ossoff spoke to protesters near the state capitol in Atlanta.

“I just wanted to drop by to say to my Asian sisters and brothers, ‘We see you, and, more importantly, we are going to stand with you,’” Warnock said, to cheers.

On Sunday, he told NBC’s Meet the Press: “I think it’s important that we centre the humanity of the victims. I’m hearing a lot about the shooter, but these precious lives that have been lost, they are attached to families. They’re connected to people who love them. And so, we need to keep that in mind.

“Law enforcement will go through the work that they need to do, but we all know hate when we see it. And it is tragic that we’ve been visited with this kind of violence yet again.”

Warnock also cited a Georgia hate crimes law passed amid outrage over the killing of Ahmaud Arbery, a young African American man, and which prosecutors may decide to use against Young.

“I’ve long pushed for hate crimes laws here in the state of Georgia,” Warnock said. “It took entirely too long to get one on the books here. But thankfully, we do have that law on the books right now.”

“This shooter was able to kill all of these folks the same day he purchased a firearm,” Warnock said. “But right now, what is our legislature doing? They’re busy under the gold dome here in Georgia, trying to prevent people from being able to vote the same day they register.

“I think that suggests a distortion in values. When you can buy a gun and create this much carnage and violence on the same day, but if you want to exercise your right to vote as an American citizen, the same legislature that should be focused on this is busy erecting barriers to that constitutional right.”

Young bought a 9mm handgun at Big Woods Goods. Matt Kilgo, a lawyer for the store, told the Associated Press it complies with federal background check laws and is cooperating with police, with “no indication there’s anything improper”.

Democrats and campaigners for gun law reform said a mandatory waiting period might have stopped Young acting on impulse.

“It’s really quick,” Robyn Thomas, executive director of the Giffords Law Center to Prevent Gun Violence, told the AP. “You walk in, fill out the paperwork, get your background check and walk out with a gun. If you’re in a state of crisis, personal crisis, you can do a lot of harm fairly quickly.”

According to the Giffords Center, studies suggest purchase waiting periods may bring down firearm suicides by up to 11% and homicides by about 17%.

David Wilkerson, the minority whip in the Georgia state House, said Democrats planned to introduce legislation that would require a five-day period between buying a gun and getting it.

The poshest place in California's Coachella Valley is The Madison Club. This exclusive gated community in La Quinta is where A-listers and tycoons … END_OF_DOCUMENT_TOKEN_TO_BE_REPLACED

KOROPY, Ukraine — Four men tugged at long strips of fabric to lift a coffin out of the gaping hole in the backyard of a small house. They flung the … END_OF_DOCUMENT_TOKEN_TO_BE_REPLACED