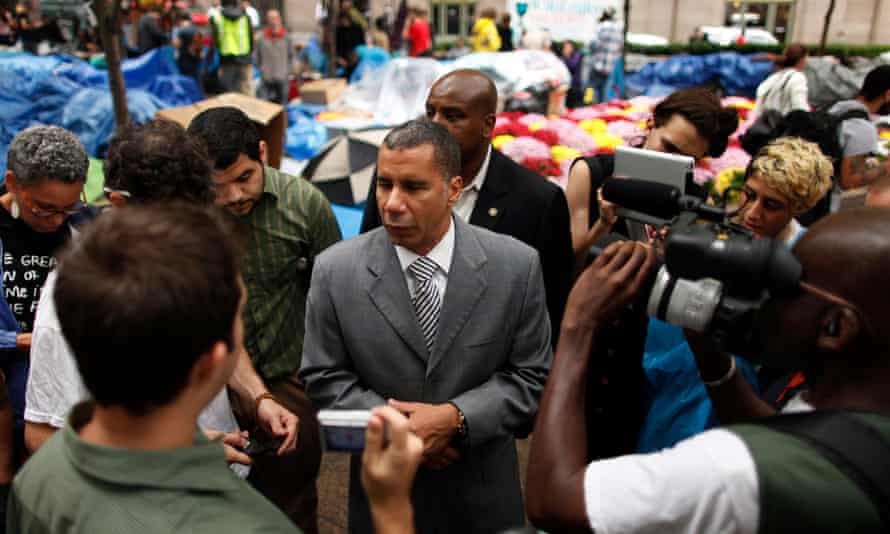 “The governor’s health is fine, but he is going to resign within the hour.”

Those are the words that Hillary Clinton, then a senator from New York, heard over the phone in a 2008 call announcing the imminent downfall of the sitting governor, Eliot Spitzer, in a prostitution and alleged money laundering scandal.

“Well, what is the reason causing him to resign?” Clinton asked, according to David Paterson, who would then succeed Spitzer as governor and who was in charge of breaking the news.

“I started to speak and then held my breath,” Paterson recounts in his memoir, “because I thought, ‘How do you explain a sex scandal to Hillary Clinton?’”

The implosion of current New York governor Andrew Cuomo’s career in a double scandal involving sexual harassment allegations and the misreporting of Covid deaths inside nursing homes marked a sudden turn for Cuomo, a popular politician who just months earlier had won national admiration and international praise for his handling of the pandemic.

But in a slightly longer view, the spectacle of a New York governor’s career spontaneously combusting in a sordid haze of sex allegations and possible criminality might appear more routine than shocking.

Counting the demise of Paterson himself, who exited the governor’s mansion under allegations of witness tampering in a staffer’s domestic abuse case and the improper solicitation of gifts, Cuomo is the third consecutive New York governor to land with extreme flair on the front pages of the New York City tabloids – and possibly to be ejected from office.

Paterson denied wrongdoing in the aide’s case and was not charged, but he was fined for lying under oath about accepting free World Series tickets. Spitzer was never criminally charged. Cuomo has denied wrongdoing and vowed not to resign, as most every prominent local politician has called on him to do.

While the consecutive scandals involve a range of alleged offenses of varying degrees of seriousness, the overall streak is impressive, said Doug Muzzio, a professor of political science at City University of New York’s Baruch College.

“First of all, the current scandal is not the first, not the second, not the third – but many scandals in a row,” Muzzio said. “It’s not only the governors, it is the legislators. If there were a contest between – a stakes for who was the most legislatively and executively corrupt, I don’t know, New York would be right up there.”

Other states have registered stiff competition. In 2018 the governor of Missouri, Republican Eric Greitens, resigned under serious sexual assault charges that he denied; Greitens is now said to be preparing a US Senate run. The sitting governor of Virginia, Democrat Ralph Northam, admitted to wearing blackface in the 1980s but resisted pressure to resign; one of his recent predecessors, Republican Bob McDonnell, was convicted in 2014 on federal corruption charges and sentenced to prison, only to have the conviction vacated by the US supreme court.

“Scandal and corruption in governor’s positions is far from unheard of,” said Robert Spitzer, a political science professor at the State University of New York at Cortland who is not related to the former governor. “I would just mention the state of Illinois, which had four successive governors serve jail time. That’s quite a record.”

Just a month ago, it did not appear as if Cuomo were likely to keep New York in the running in the corruption sweepstakes. He had published a memoir about leadership during the pandemic, his daily televised updates on the crisis had won an Emmy and his popularity had run unusually high for all three of his terms.

But after an aide was caught on tape admitting the manipulation of Covid death numbers, the state attorney general announced an investigation, and soon afterwards multiple women stepped forward to accuse Cuomo of sexual misconduct.

Most of the allegations against Cuomo and his predecessors involve essentially individual acts, said Muzzio, but “there must be an institutional element to it”.

“But there’s always some form of conflict.”

The Spitzer scandal started quietly, with a bank connected with Spitzer flagging large transfers as suspicious activity that could violate federal money laundering restrictions. Investigators would later allege that Spitzer spent tens of thousands of dollars on prostitutes, ultimately as “Client 9” with a service called the Emperor’s Club VIP with rates of $1,000 an hour.

As a former state attorney general and top prosecutor, Spitzer’s alleged criminality left him open to charges of rank hypocrisy and fatally damaged his ability to lead. But the sum of the allegations facing Cuomo could constitute an even deeper violation of the public trust, analysts said.

“I think taken together it does seem as though they are more serious,” Spitzer, the political scientist, said of Cuomo’s alleged misconduct. “Because you’ve got two different concerns, each of which could be the basis for calls for resignation. So put them together and I think the degree of seriousness is greater.

“He’s facing quite the whirlwind as a result.”

Multiple state investigations into Cuomo’s conduct are expected to be revealed this spring, at which point the governor’s political fate could be sealed.

While sexual misconduct charges against governors in the past have animated a lot of popular interest, said Muzzio, Cuomo’s conduct in the nursing home deaths case could pose the greater threat to his public standing over the long term.

“The nursing home situation is really serious, and that’s where the attorney general first exposed him,” said Muzzio. “And that’s a big danger for him now.”

Three million lives: That is roughly equivalent to losing the population of Berlin, Chicago or Taipei. The scale is so staggering that it sometimes … END_OF_DOCUMENT_TOKEN_TO_BE_REPLACED

A homeless person wearing gloves and a protective mask sits with a sign that reads, "Seeking Human Kindness" amid the coronavirus pandemic on April … END_OF_DOCUMENT_TOKEN_TO_BE_REPLACED