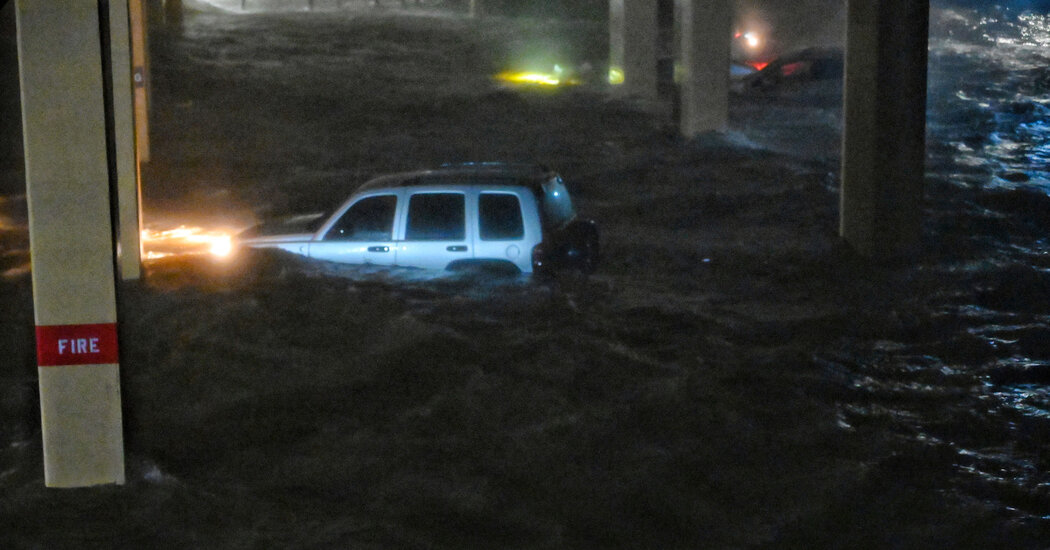 Hurricanes are defined by their powerful winds. But the storm surges they produce can often prove just as destructive in coastal communities.

Henri, which strengthened into a hurricane on Saturday morning with winds of 75 miles per hour, was expected to create dangerous storm surges in parts of Long Island, Connecticut, Massachusetts and Rhode Island.

Storm surge is defined as an abnormal rise in the ocean level generated by a storm, over and above the predicted astronomical tide. The surges are produced by ocean water moving inland, pushed by the force of the wind.

In the open ocean, hurricanes can pound the water without producing a surge. But near the coast, the shallower water is blown inland, threatening property and lives.

The deepest water will occur along the immediate coast in areas of onshore winds, where the surge will be accompanied by large and dangerous waves, the National Hurricane Center said.

Surge-related flooding depends on the timing of the surge and the tidal cycle, and can vary greatly over short distances, the center said.

In 2008, Ike, a Category 2 hurricane that made landfall near Galveston Island in Texas, produced surges of 15 to 20 feet above normal tide levels, the center said. Property damage was estimated at $24.9 billion.

Henri, a Category 1 storm, was expected to produce a storm surge of up to five feet, meaning the water could reach five feet above the normal predicted astronomical tide.

The National Hurricane Center said that areas that are placed under a storm surge warning are at risk of “life-threatening inundation.” People in those areas should heed any evacuation instructions from local officials, the center said.

Jesse Tyler Ferguson, one of the stars of “Modern Family,” is once again searching for a buyer for his Manhattan pied-à-terre. It’s back on the market … END_OF_DOCUMENT_TOKEN_TO_BE_REPLACED

Tom Holland in Spider-Man No Way Home Sony Sony and Marvel’s Spider-Man: No Way Home topped the box office yet again in this unfortunately empty … END_OF_DOCUMENT_TOKEN_TO_BE_REPLACED