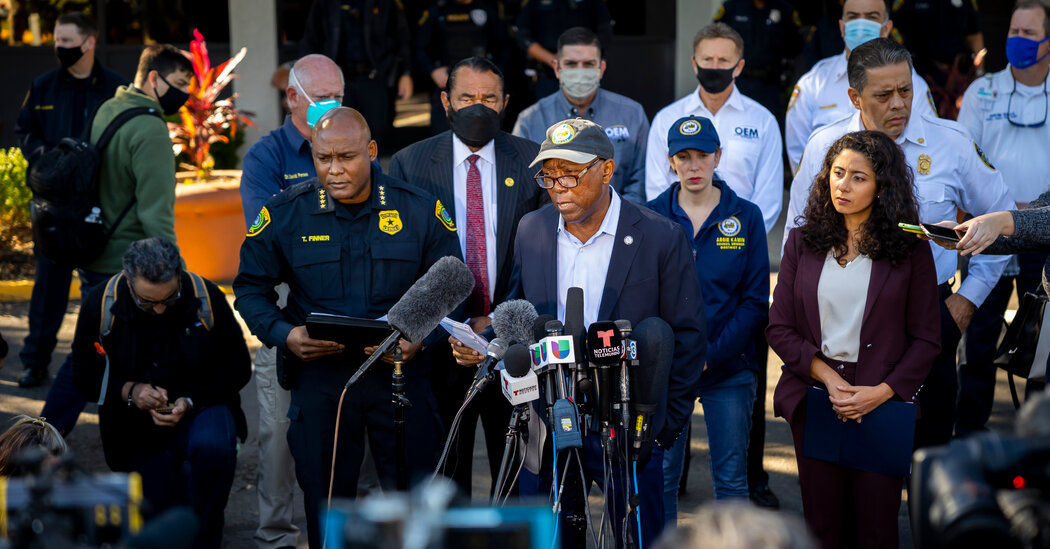 At least eight people were killed and dozens more were injured at a concert in Houston after a large crowd began pushing toward the front of the stage during a performance by the hometown rapper Travis Scott.

The concert was part of the Astroworld music festival, a two-day event that began on Friday. About 50,000 people were assembled there on Friday night when the injuries occurred, according to the Houston Fire Department.

It appeared to be one of the deadliest crowd-control disasters at a concert in the United States in many years, recalling the 1979 crush outside the doors of a show by the Who in Cincinnati that left 11 people dead and stunned the nation.

Here’s what we know so far.

The cause of the surge remains under investigation.

It was still unclear what prompted the crowd to surge forward, but witnesses described a chaotic scene before and during the concert, with many people in the back trying to rush to the front. One concertgoer, Neema Djavadzadeh, said the event was “hectic from the beginning.”

retail bundles, using various merchandise items — sweaters, T-shirts, ashtrays and more — to help drive sales of the album and boost its position on the Billboard chart.

reckless conduct after he encouraged fans at Lollapalooza in Chicago to climb over security barricades and onto the stage. Two years later, Mr. Scott was sued by a fan who said he had become paralyzed after being pushed from a third-story balcony and dragged onstage while the rapper performed in Manhattan.

“I’m absolutely devastated by what took place last night,” Mr. Scott said in a statement posted on Twitter, “My prayers go out to the families and all those impacted by what happened at Astroworld Festival.” He said was offering his “total support” to the Houston Police Department in its investigation.

The entertainer also posted a video story to his Instagram account. “I’m honestly just devastated, and I could never imagine anything like this just happening,” Mr. Scott said, rubbing his forehead in a distraught manner. “I’m going to do everything I can to keep you guys updated and just keep you guys informed of what’s going on. Love you all.”

AUSTIN, Texas--(BUSINESS WIRE)--As the first multifamily management company to be recognized in the Public Relations and Marketing Excellence Awards, … END_OF_DOCUMENT_TOKEN_TO_BE_REPLACED

There have been whispers of cooling housing and rental prices in the San Francisco Bay Area, but that hasn't yet translated into practical, noticeable … END_OF_DOCUMENT_TOKEN_TO_BE_REPLACED

Cars pass in Independence Square at twilight in Kyiv, Ukraine, Monday, Oct. 31, 2022. Rolling ... [+] blackouts are increasing across Ukraine as the … END_OF_DOCUMENT_TOKEN_TO_BE_REPLACED