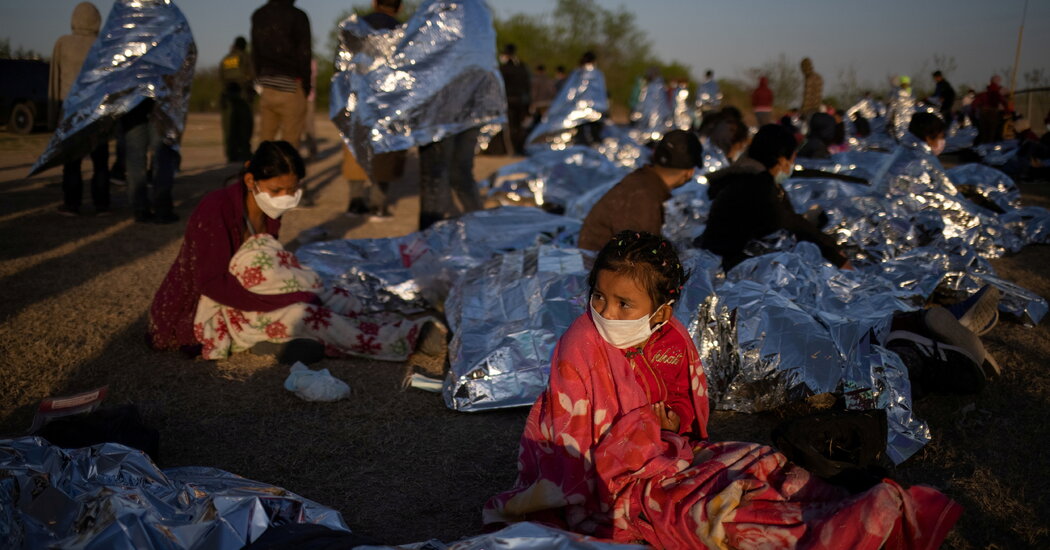 “They’ve had six years of ongoing droughts in these areas,” Gass said. “They have no food, no means for employment or livelihood, and they’re eating the seeds which they would normally save for planting. And when the seeds are gone, they don’t have much more to go on.”

On top of this, the Covid-19 pandemic has devastated both urban and rural communities in the region, and has made it doubly perilous to undertake a long journey.

Biden has said that he would seek to address the situation by setting up immigration triage facilities and shelters in these countries, so that migrants can begin seeking asylum in the United States rather than showing up unannounced at the southern border. But he has not yet released a comprehensive immigration plan, leaving close observers to speculate about what his overall strategy will emphasize.

Last month, at his first news conference as president, Biden said that he had asked Vice President Kamala Harris to examine “the fundamental reasons why people leave Honduras, Guatemala, El Salvador in the first place,” listing some major factors: “It’s because of earthquakes, floods. It’s because of lack of food. It’s because of gang violence. It’s because of a whole range of things.”

But as he rolls out this plan, Biden is running up against endemic corruption in many national and local governments that may make it difficult to deliver aid directly, as he has acknowledged.

He recalled the work he had begun as vice president under Barack Obama, whose administration confronted a surge of migrants at the southern border in 2014 and 2015 that had been spurred by a confluence of gang violence and natural disasters in the region. “What I was able to do is not give money to the head of state, because so many are corrupt, but I was able to say: ‘OK, you need lighting in the streets to change things? I’ll put the lighting in,’” he said.

Experts have pointed out that while the Obama administration did take steps toward working directly with local governments and establishing accountability mechanisms, that approach was still inchoate when Trump became president and rolled back most of the new initiatives aimed at reform.

AUSTIN, Texas--(BUSINESS WIRE)--As the first multifamily management company to be recognized in the Public Relations and Marketing Excellence Awards, … END_OF_DOCUMENT_TOKEN_TO_BE_REPLACED

There have been whispers of cooling housing and rental prices in the San Francisco Bay Area, but that hasn't yet translated into practical, noticeable … END_OF_DOCUMENT_TOKEN_TO_BE_REPLACED

Cars pass in Independence Square at twilight in Kyiv, Ukraine, Monday, Oct. 31, 2022. Rolling ... [+] blackouts are increasing across Ukraine as the … END_OF_DOCUMENT_TOKEN_TO_BE_REPLACED