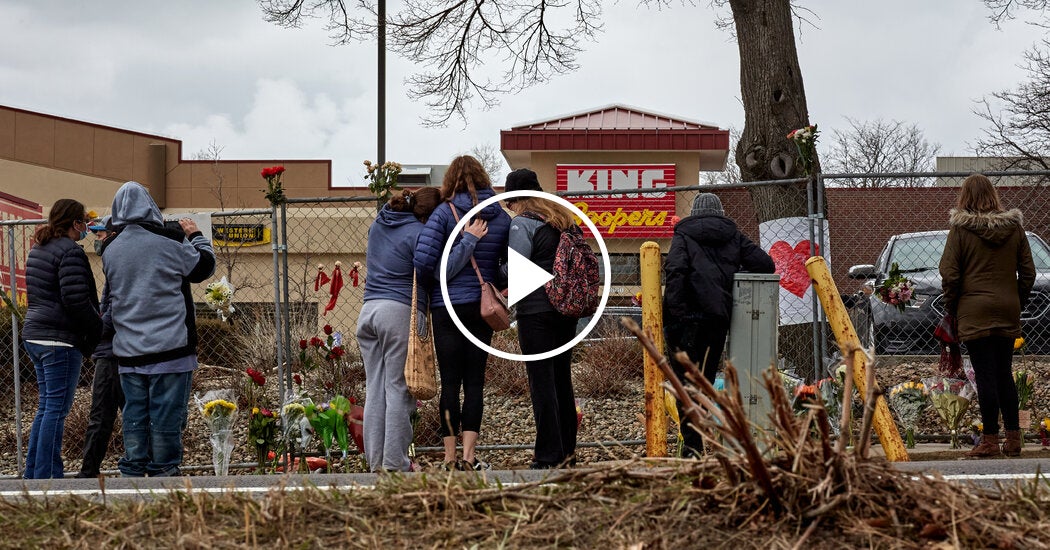 Jen Psaki, the press secretary, said that President Biden was considering executive actions to curb gun violence but that there was no substitute for congressional action.

Congressional legislation, as the vice president conveyed this morning, obviously has a more permanent, lasting impact. Executive actions are, of course, an important lever that every president has at their disposal. There’s current discussions and analysis internally of what steps can be taken — that has been ongoing for several weeks, even before these two recent tragedies that, you know, he looks forward to getting an update on and seeing what can be moved forward on that front as well. No one is talking about overturning or changing the Second Amendment. What our focus is on is putting in place common-sense measures that will make our communities safer, make families safer, make kids safer. The majority of the American public supports background checks. The majority of the American public does not believe that anyone needs to have an assault weapon.

MIAMI--(BUSINESS WIRE)--Intelli Smart Homes, the leading smart home technology company, has been recognized as one of America’s fastest-growing … END_OF_DOCUMENT_TOKEN_TO_BE_REPLACED

Customers outside a Walmart store in Torrance, California, US, on Sunday, May 15, 2022. Walmart Inc. is scheduled to release earnings figures on May … END_OF_DOCUMENT_TOKEN_TO_BE_REPLACED

The past few years have been brutal on homebuyers' budgets. Would-be buyers have been priced out of some of the most desirable neighborhoods thanks to … END_OF_DOCUMENT_TOKEN_TO_BE_REPLACED