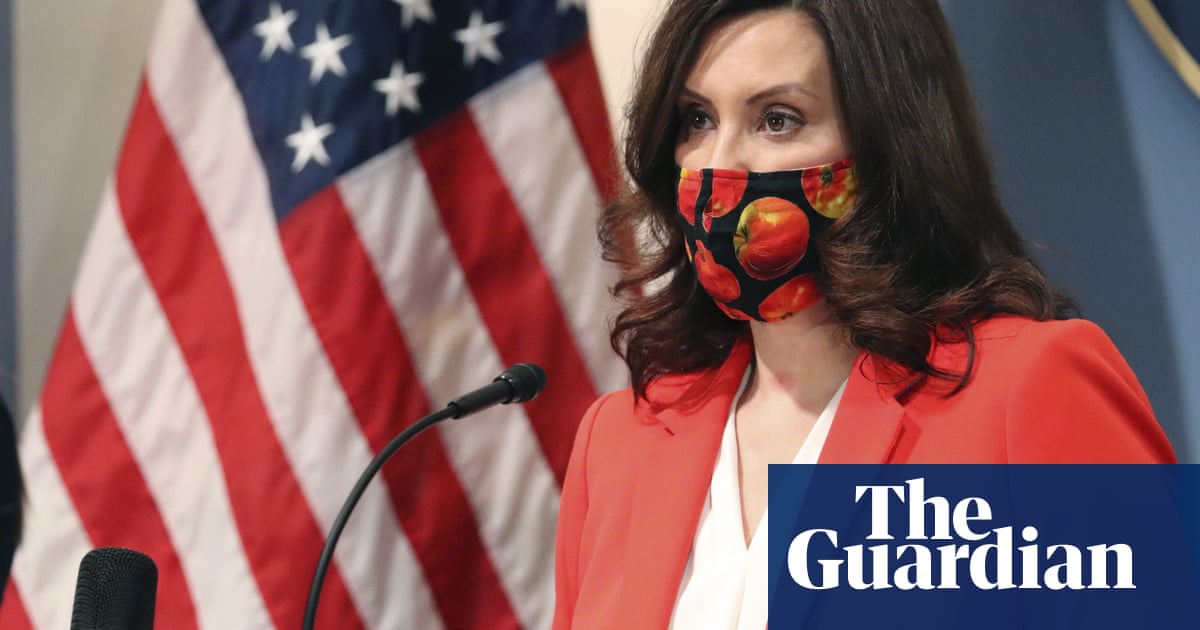 Gretchen Whitmer, the governor of Michigan and a rising Democratic star, had “the same gut-wrenching reaction that a lot of women in America did” when she heard one of five women who say Andrew Cuomo sexually harassed them describe her alleged experiences with the New York governor.

But like other senior Democrats, Whitmer stopped short of saying Cuomo should resign. In recent years other powerful men, among them the former Minnesota senator Al Franken, have been swiftly forced to step down.

“I think the allegations here are very serious,” Whitmer told CNN’s State of the Union on Sunday, “and I do think that an impartial thorough independent investigation is merited and appropriate.

“And if [the allegations are] accurate and true, I think we have to take action. But we also need to make sure that there is that thorough investigation I know that the [New York] attorney general is moving forward on that.”

Whitmer has discussed her own experience of sexual assault. She also backed Joe Biden when he denied an accusation last year, telling CNN: “Just because you’re a survivor doesn’t mean that every claim is equal. It means we give them the ability to make their case. And then to make a judgment that is informed.”

This week, former Cuomo aide Charlotte Bennett told CBS how she says the governor behaved towards her.

On Sunday, Whitmer was asked how she felt while watching Bennett’s interview.

“I think that there are a lot of American women who have felt how she felt,” she said. “And I think that’s something that resonates and why we need to take this seriously, and why there needs to be a full investigation, and whatever is appropriate in terms of accountability should follow.

“I wouldn’t help anyone for me to prejudge where this is headed, but I had the same gut-wrenching reaction that I’m sure a lot of women in America did.”

In other cases, former Cuomo adviser Lindsey Boylan has said the governor made inappropriate comments on her appearance, kissed her on the lips at the end of a meeting and suggested a game of strip poker as they sat with other aides on a plane.

Anna Ruch, who did not work for Cuomo, has described him putting his hands on her face and asking if he could kiss her when they met at a wedding.

Ana Liss told the Wall Street Journal that when she was a policy aide between 2013 and 2015, Cuomo called her “sweetheart”, kissed her hand and asked personal questions, including whether she had a boyfriend. She said he sometimes greeted her with a hug and a kiss on both cheeks.

Liss said she first thought such behaviour harmless but it grew to bother her and it was “not appropriate, really, in any setting”.

Rich Azzopardi, a spokesman for Cuomo, told the Journal: “Reporters and photographers have covered the governor for 14 years watching him kiss men and women and posing for pictures. At the public open-house mansion reception, there are hundreds of people, and he poses for hundreds of pictures. That’s what people in politics do.”

The Washington Post published a claim by Karen Hinton, a press aide to Cuomo when he was US housing secretary under Bill Clinton. She told the Post he “summoned her to his dimly lit hotel room and embraced her after a work event in 2000”.

Peter Ajemian, Cuomo’s director of communications, told the paper: “This did not happen. Karen Hinton is a known antagonist of the governor’s who is attempting to take advantage of this moment to score cheap points with made-up allegations from 21 years ago.”

Cuomo has also been widely accused of workplace bullying. The Post also published accounts by men and women who worked with him of what one called “a systemic, intentional, hostile, toxic workplace environment that … perpetuates abusive treatment of people who don’t have power or resources.”

Ajemian said: “The governor is direct with employees if their work is sub-par because the people of New York deserve nothing short of excellence.”

Speaking to reporters this week, Cuomo denied touching anyone inappropriately. But he also apologised for behaving in a way he said he now realised upset women. He said he had made jokes and asked personal questions in an attempt to be playful and frequently greeted people with hugs and kisses like his father, Mario Cuomo, did when he was governor.

“I understand sensitivities have changed,” Cuomo said. “Behavior has changed. I get it and I’m going to learn from it.”

The New York attorney general, Letitia James, plans to hire an outside law firm to investigate the allegations. Some lawmakers have called for Cuomo to resign over his workplace behaviour – and separate allegations that his administration misled the public about coronavirus fatalities in nursing homes.

MIAMI--(BUSINESS WIRE)--Intelli Smart Homes, the leading smart home technology company, has been recognized as one of America’s fastest-growing … END_OF_DOCUMENT_TOKEN_TO_BE_REPLACED

Customers outside a Walmart store in Torrance, California, US, on Sunday, May 15, 2022. Walmart Inc. is scheduled to release earnings figures on May … END_OF_DOCUMENT_TOKEN_TO_BE_REPLACED

The past few years have been brutal on homebuyers' budgets. Would-be buyers have been priced out of some of the most desirable neighborhoods thanks to … END_OF_DOCUMENT_TOKEN_TO_BE_REPLACED