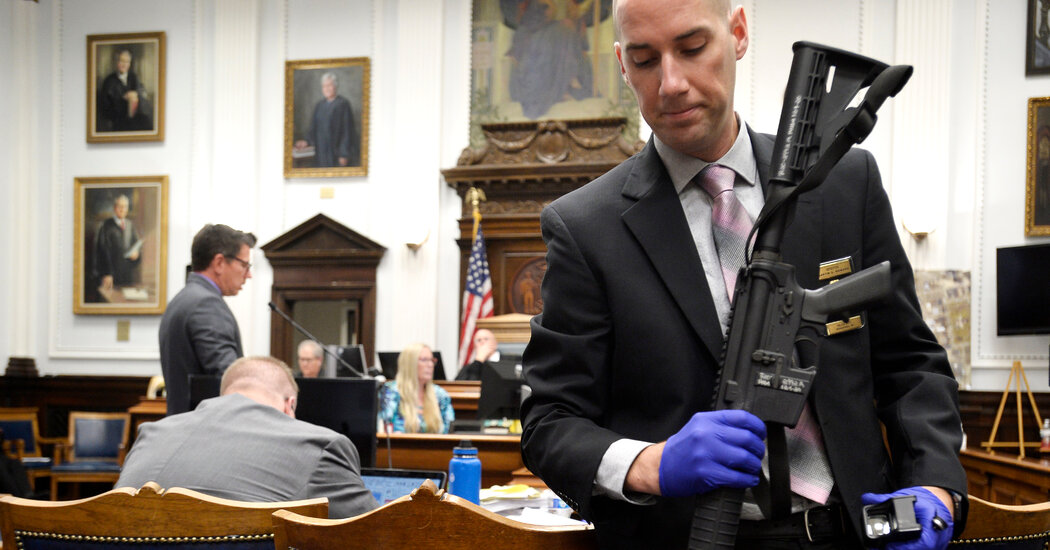 KENOSHA, Wis. — The judge in Kyle Rittenhouse’s homicide trial on Monday dismissed the misdemeanor gun possession charge the teenager faced after defense lawyers argued that he did not violate the state statute in question because of his age and the length of the barrel of his semiautomatic rifle.

The defense had long argued that the gun possession charge was invalid, saying that Wisconsin law did not bar Mr. Rittenhouse from carrying the military-style semiautomatic rifle on Aug. 25, 2020. Its successful argument hinged in part on the fact that the Smith & Wesson M&P 15 he had strapped around his shoulder has a 16-inch-long barrel.

the statute barring “possession of a dangerous weapon by a person under 18” did not apply in this case.

The statute says it applies to minors carrying a rifle or shotgun only if they are not in compliance with at least one additional statute. Those include the regulation of “hunting and use of firearms by persons under 16 years of age,” and the prohibition of rifles with barrels less than 16 inches long.

Mr. Rittenhouse was 17 at the time of the shootings. The judge threw out the charge after nobody in court disputed the length of the gun’s barrel.

Whether you optimistically hope that mortgage rates will decline or are resigned that rates will stay elevated above the historic lows of 2021, you … END_OF_DOCUMENT_TOKEN_TO_BE_REPLACED