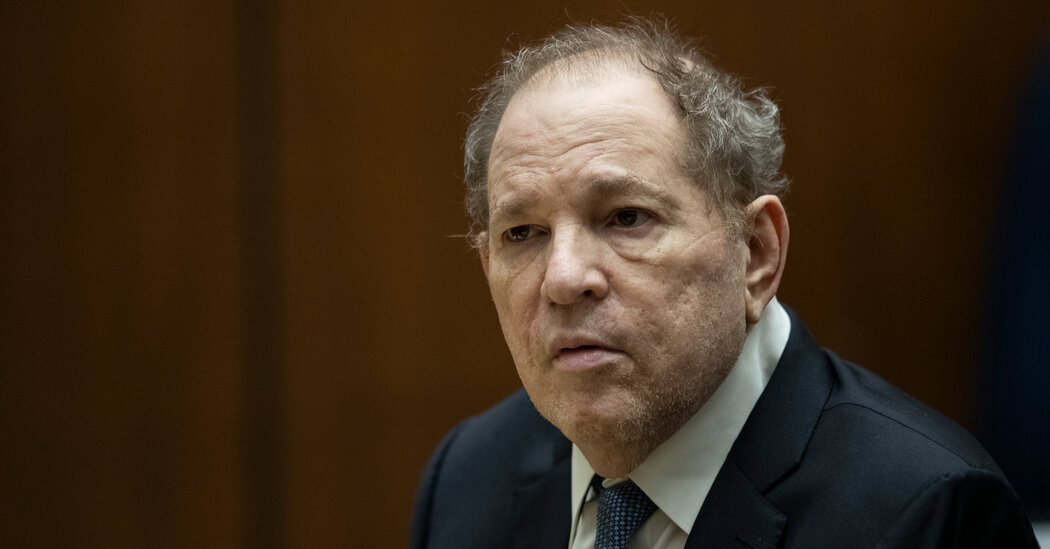 LOS ANGELES — The second sex crimes trial of Harvey Weinstein is underway in Los Angeles and among the witnesses expected to testify is Jennifer Siebel Newsom, a filmmaker, former actress and the wife of California’s governor, Gavin Newsom.

Ms. Siebel Newsom is one of the many women who came forward to describe an encounter with Mr. Weinstein. Her involvement was confirmed on Monday by her lawyer, as jury selection began in a case where the once-powerful film producer faces four counts each of rape and forcible oral copulation.

Ms. Siebel Newsom, who was working as an actor and documentary filmmaker, wrote an essay for HuffPost in 2017 in which she mentioned a meeting with Mr. Weinstein during her earlier years in the industry. The article was published a day after The New York Times broke the news that he had paid off women accusing him of sexual misconduct for decades.

“I believe every word that was written in the New York Times, because very similar things happened to me,” read the headline on the essay.

The Los Angeles Times, would take the stand.

“Like many other women, my client was sexually assaulted by Harvey Weinstein at a purported business meeting that turned out to be a trap,” her lawyer, Elizabeth Fegan, said in a statement. “She intends to testify at his trial in order to seek some measure of justice for survivors, and as part of her life’s work to improve the lives of women. Please respect her choice to not discuss this matter outside of the courtroom.”

The Los Angeles trial had initially been seen as a largely symbolic proceeding, since Mr. Weinstein was convicted in New York on charges of rape and criminal sexual assault and has 21 years left on his prison sentence. But in August, New York’s highest court granted him an appeal and raised the stakes for this second trial involving some different accusers.

Mr. Weinstein, who has been accused by dozens of women of sexual misconduct, has denied all of the accusations, saying that he engaged in consensual sex. If he is convicted in California, he faces a life sentence.

Ms. Siebel Newsom was raised in Marin County and attended Stanford University, where she received her bachelor’s degree as well as a master’s degree in business administration. She married Mr. Newsom in 2008 while he was mayor of San Francisco.

In her posted essay, she had called for the movie mogul to be held accountable for his actions and for more people in power, particularly men, to speak up about the treatment of women in Hollywood and elsewhere.

AUSTIN, Texas--(BUSINESS WIRE)--As the first multifamily management company to be recognized in the Public Relations and Marketing Excellence Awards, … END_OF_DOCUMENT_TOKEN_TO_BE_REPLACED

There have been whispers of cooling housing and rental prices in the San Francisco Bay Area, but that hasn't yet translated into practical, noticeable … END_OF_DOCUMENT_TOKEN_TO_BE_REPLACED

Cars pass in Independence Square at twilight in Kyiv, Ukraine, Monday, Oct. 31, 2022. Rolling ... [+] blackouts are increasing across Ukraine as the … END_OF_DOCUMENT_TOKEN_TO_BE_REPLACED